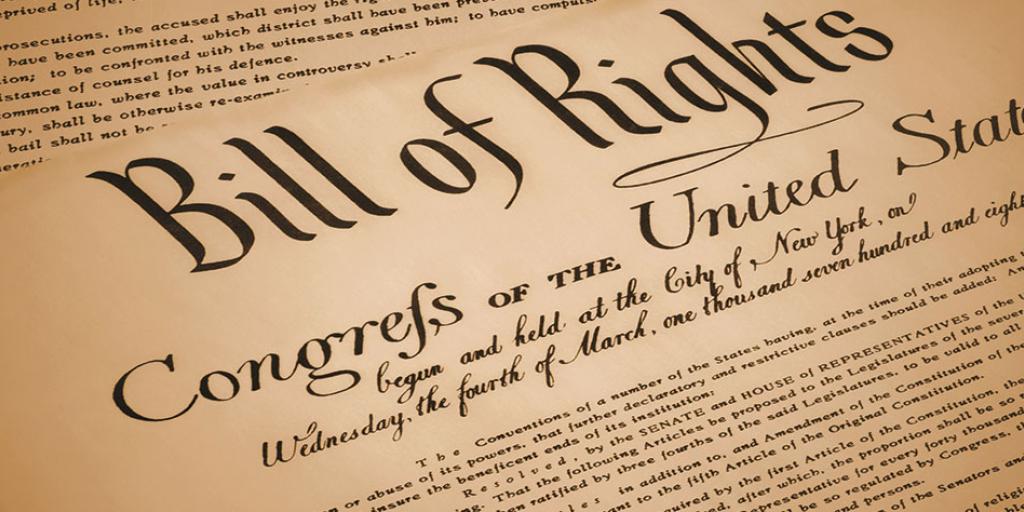 Whether it be concerning the ongoing “cultural wars” in the United States, other Western nations, as well as the State of Israel, the rising tide of Islamism in vast swaths of the world, the affairs of the ascendant People’s Republic of China, or the construction of the European Union, one question keeps being asked in various ways: What role, if any, should religion play in the affairs of society?

The famous Establishment Clause of the First Amendment to the U.S. Constitution (ratified in 1791) reads: “Congress shall make no law respecting an establishment of religion”—which at the time meant the imposition of a “state church”, such as the Church of England—“or prohibiting the free exercise thereof….” The 40th President of the United States, Ronald Reagan, put it well when he said, “The first amendment… was not written to protect the people of this country from religious values; it was written to protect religious values from government tyranny.”

More exactly, it was written to prevent government from imposing arbitrary religious values on society, as had happened repeatedly in continental Europe and Great Britain, and indeed throughout human history. This should make those who want to impose humanism arbitrarily on the United States think twice, for humanism is theoretically, practically and (in the U.S.) even legally a religion. True, it flatly denies the existence of the supernatural, but that denial is itself a religious (more broadly, a metaphysical) viewpoint.

In the 1777 draft of Thomas Jefferson’s Bill for Religious Freedom in Virginia (ReligiousTolerance.org), we read what many students of law point to as the root ideas behind the Establishment Clause. After noting the harmful effects of trying to impose religion on free men contrary to their free moral agency, Jefferson stated his belief that in matters of religion, truth would overcome error in human society if only government would stay out of the way. Since there is no such thing as a neutral stance on religious matters, and yet since there is such a thing as absolute religious truth, Jefferson saw his approach as humanity’s only hope of attaining that truth, and had faith that humanity could do so.

But Jefferson’s naïve rationalism has long since been disproved! If we were able to come to a consensus on religious truth in the same way we can on scientific truth, surely by now there would be no religious conflicts anywhere! Instead, humanity is perhaps more religiously divided than it has ever been. Besides, there is one government that never stays out of the way of the struggle of truth against error: the government of “the Devil [Slanderer] and Satan [Accuser], who deceives the whole world” (Revelation 12:9). “He is a liar and the father of lies” (John 8:44, RSV), “the ruler of this world” (John 14:30) and “the god of this age” who blinds people to God’s truth (2 Corinthians 4:3–4).

Is this just one more human religious opinion? Absolutely not! The God of the Hebrew-Christian Bible has revealed Himself and His truth (including the truth about the Devil and human nature) repeatedly and irrefutably to humanity. People can come to know He has done so (John 7:16–18), once God starts drawing them to fellowship with Him (John 6:44, 65). But even with that drawing by God through Jesus Christ (John 12:31–33; Acts 17:29–31), most people still refuse to follow the evidence God provides, because they are set on doing what is right in their own eyes (John 3:16–21; Romans 1:18–32) and the Devil who deceives them would have it so (Ephesians 2:1–3).

God has allowed this deception for a reason: so that people may learn in due time that truth will not prevail over error by any power within any created being’s hands! Only God knows all things and has both the character to reveal ultimate truth and the power to enforce its application for the good of everyone. And He does so with the cooperation of every individual’s free moral agency! He will not force His truth on anyone—but He does insist that people choose the truth once it is revealed to them, or else suffer the necessary and inevitable consequences (Deuteronomy 30:19–20).

The good news is that God will soon send Jesus Christ, His Divine Son, to the earth to remove the blindness of humanity (cf. Isaiah 25:6–9). Would you like to be part of Jesus Christ’s coming world government—one in which true religion will define all culture and decision-making? Then consider the biblical truth we publish in our free booklets, including Do You Believe the True Gospel?, The World Ahead: What Will It Be Like? and What Is a True Christian?