The World Next Door | Tomorrow's World 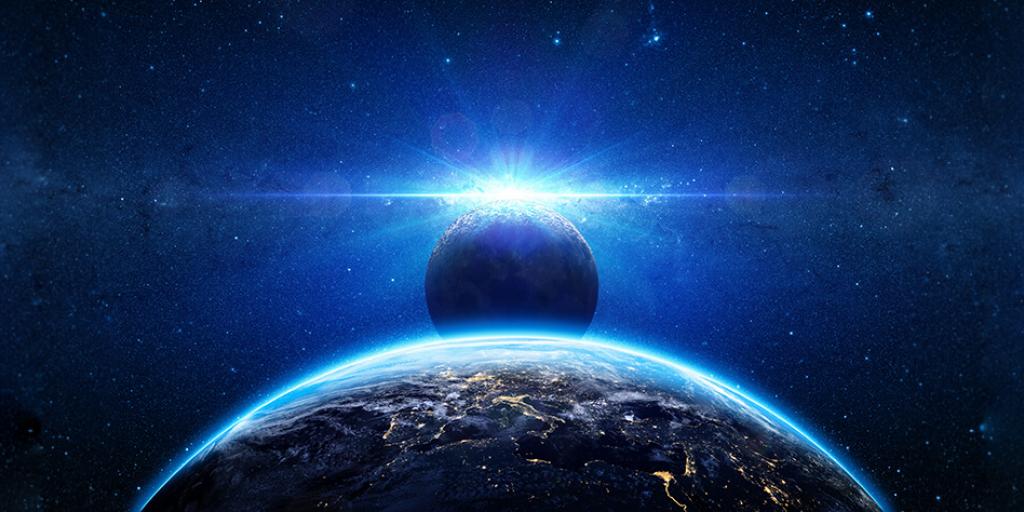 After NASA astronaut Neil Armstrong took his “one small step for man,” no one who knew of the accomplishment could ever look at the Moon in the same way again. Before, the Moon was a distant, ever-changing light in the sky, serving man in various ways (some of them described in Genesis 1:14–18, Deuteronomy 33:14 and Psalm 104:19), and sometimes even worshiped (cf. Deuteronomy 4:19). Yet, after the first manned landing, the Moon became truly “the world next door.” Yes, there had been unmanned landings previously, but Apollo 11 put human footprints upon lunar soil. Ever since, those on the cutting edge of human accomplishment have been asking, “Where do we go from here?”

Other manned missions in the Apollo series had reached the Moon, including Apollo 8—which took an iconic photograph of the Earth “rising” over the Moon, among others—but none had sent a manned Lunar Excursion Module to its surface. We can appreciate why admirers around the world stopped and took notice when the first man to walk on the moon died in August 2012.

Given all the manned and unmanned missions, past, present and planned, that the Earth has sent and will send into space—given the endless scientific and artistic speculations as to what humanity might do on its own in space—“where do we go from here?” is a very good question! And for those who take the Bible seriously, it becomes perhaps even more poignant than for most, because we read that for the present, “the heavens [including the Moon] are the Lord’s heavens, but the [Earth] he has given to the sons of men” (Psalm 115:16, Revised Standard Version). Are we humans perhaps getting too much in a hurry, trying to inherit what the Eternal God wants to give us anyway (cf. Romans 8:28–32; Hebrews 2:5–8; Revelation 21:5–8)? Might we expect the Divine Landlord to undermine our efforts one day—or simply to let them collapse under their own weight, as one of the physical consequences of transgressing His spiritual law?

Neil Armstrong was noted for bringing both personal integrity and technical competence to his task. Will humanity always follow that lead in space? Not as we are now! Mankind does need far-reaching goals in order to grow, but striving to master the world around us before we have mastered the world within us is not the way to set such goals properly. Many people recognize this—they simply may not know how to express this truth exactly. But they do see the results of our taking matters in reverse—in our lack of proper stewardship of the Earth, of life upon it and of our own affairs—and they shudder to think of what would happen if we brought our general lack of character into space. In fact, though, we already have—through spy satellites, space weapons and even masses of “space junk.” And we could do much, much worse if we felt the need.

Thankfully, the day is coming when the Creator of the universe will direct us to rebuild our society “from scratch.” After a thousand years of His rule, plus a final Day of Judgment (Revelation 20:4-6, 12–13), humanity will have learned how to govern itself, the Earth and life upon it properly, as God intended from the beginning. Then every galaxy, every star, and every planet, moon, and asteroid, wherever they may be found, will be “worlds next door” for us as God’s own glorified children, and we will rule with Him over all that exists, seen and unseen, forever and ever!

To learn more about where we will go from here, read our Tomorrow’s World article “Space Wars Ahead?” and watch our telecast “Who Will Rule Space?” You may also request your own free copy of our powerful booklet Your Ultimate Destiny or read it online. Knowing and understanding humanity’s prophesied future can—and should—change your life!