Where Is Russia Headed? | Tomorrow's World 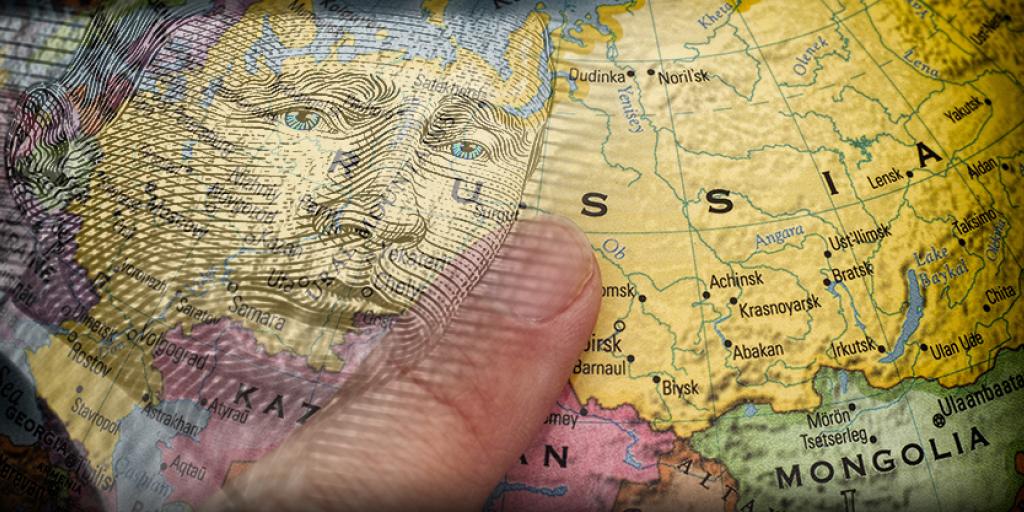 Where Is Russia Headed?

Suppose the United States’ government decided to ignore July 4 as Independence Day, the anniversary of its birth as a nation. How would Americans feel about that? How would other nations, who have looked to America’s leadership and example, feel? Yet that is exactly what the government of Russia is doing with the anniversaries of the February and October Revolutions—the very events which, 100 years ago, led to the formation of Russia and its neighbors into the Union of Soviet Socialist Republics.

Fifty years ago, at Expo 67 in Montreal, Canada, the USSR’s pavilion boasted that the communist state was exploiting its natural resources through science and technology, “in the name of man, for the good of man.” In so doing, the USSR became second only to the United States as a world power. In many respects, it became the greatest world power, not least in total land area. The United States and its allies had their hands full containing Soviet political and military ambitions during the Cold War.

Few nations have been more infamous and open than the USSR in their rejection of God and religion. When the USSR finally collapsed, however, the Russian Orthodox Church regained much of its former place in Russian national life. Thanks to that church and to President Vladimir Putin, Nicholas II, the czar overthrown by the February Revolution of 1917, has been “rehabilitated” as a national symbol of unity and even as a religious martyr.

Putin has called the collapse of the USSR “the greatest geopolitical catastrophe of the 20th century.” He is openly nostalgic about the Russian Empire and the Soviet Union—at least as strong forces in the political world. Yet he is unwilling to remind the Russian people of the power of public dissent. The Russians themselves are deeply divided as to what their nation’s past means or what their future should be. So this year, it seems, the less said officially about the February and October Revolutions, the better.

But what does this mean for Russia’s future? By all appearances, Russia is a modern dictatorship with a thin democratic veneer. Vladimir Putin has long occupied a leading role in its government in one form or another, from president to prime minister back to president. His regime has even enjoyed the support of the nation’s leading religious institution, the Russian Orthodox Church, in most of its policies—a point that has drawn criticism and implications of “church and state” collusion from many outside of Russia. When it comes to government and religion, there seems to be hegemony, closing Russia to the influence of outside political or religious movements and ideas.

These factors could soon give Russia a national purpose that many Russians feel is lacking today, one which will be driven not by events in Russia itself, but in Europe.

There are three political reasons why this will influence world events in the near future. First, Russia—except for the briefest of periods—has only known authoritarian governments. Second, Europe long has been distrustful of Russia, and that distrust has encouraged authoritarian rule in Russia in response (“The Return of the Czar”, Maclean’s, March 7, 2017). But a third reason must not be overlooked: Russia long has had good reason to be distrustful of Europe! Two aspiring revivals of the Roman Empire in Europe—under Napoleon and under Hitler—have invaded Russia, causing tremendous devastation and loss of life. Russia also suffered tremendous casualties in World War I, which in part led to the overthrow of Czar Nicholas II.

Your Bible reveals that the final revival of the Roman Empire, to occur just before Jesus Christ’s return, will not be the peaceful entity that today’s European Union is. It will be an authoritarian church-state combine, as well as an economic and military superpower. Its chief opponents—situated to the north, south and east of Jerusalem—will also be formidable militarily (Daniel 11:40–45). In one form or another, Russia will oppose this “King of the North” as it gains world influence—particularly in Jerusalem and over the greater Middle East. We shall see Russia’s own church-state combine—along with its communist allies in Asia—compete with this European power, to terrifying results.

Be sure to ask for our free booklet, The Beast of Revelation: Myth, Metaphor, or Soon-Coming Reality? We also recommend our Tomorrow’s World article, “What’s Ahead for Russia?” for more detailed information on how Russia and Europe’s futures are intertwined in biblical prophecy.