"It Is Well With My Soul" | Tomorrow's World
Tweet

"It Is Well With My Soul"

It is easy for us, young or old, to be overcome by our problems. Nevertheless, our attitude is a choice we make, no matter how difficult our circumstances.

Consider the case of Horatio Spafford.  As a lawyer in his early 40s, Spafford lived in a north side suburb of Chicago with his wife, Anna and his five children.  In 1870 their only son died from scarlet fever.  A few months later he lost his entire life savings in the Great Chicago Fire of 1871.  As a successful lawyer, he had invested heavily in real estate in the Chicago area, which was devastated by this disaster.

Two years later, in 1873, the Spaffords decided to go on a much-needed vacation to Europe on the SS Ville du Havre.  Delayed by last minute business, he sent his wife and daughters ahead, promising to follow in a few days.  On November 22, 1873 the ship was struck by an iron sailing vessel, the Loch Earn, and it sank into the Atlantic in just twelve minutes, killing 226 people on board.

When the survivors of the shipwreck landed in Europe, Anna Spafford cabled her husband: “Saved alone.  What shall I do?”  All four daughters had died in this tragic accident.  Horatio immediately left Chicago to meet his grieving wife and accompany her home.  In the midst of his sorrow, while passing near the place of his daughters’ death, he was inspired to write the words to the hymn “It Is Well With My Soul,” an influential and enduring piece that remains popular to this day. In spite of these series of tragic events, the Spaffords later had three more children.  Then in 1881 the family set sail for Jerusalem, along with baby Bertha and their newborn Grace.  There they founded a group called the American Colony, whose mission was to serve the poor. The lyrics in Spafford’s hymn reveal his attitude and approach to dealing with these heavy trials, and his determination to stay strong in all circumstances. It is an inspiration to us all!

When peace, like a river, attendeth my way,
When sorrows like sea billows roll,
Whatever my lot, Thou hast taught me to say,
“It is well, it is well, with my soul.”

The  Spaffords are not the only ones to suffer great loss.  Many have had to endure heavy, and often inexplicable calamities, even at very young ages.  But why does God allow human suffering and tragedy?  Why does He allow accidents to take lives? Why does He allow war, murder, and other horrible things to take place?

God does not want humanity to suffer.  He is compassionate, full of mercy, longsuffering and kind.  He loves everyone He has created!  Soon the Father will send His Son back to planet Earth to bring peace and an end to much of the suffering and pain we are experiencing today.

So why is there so much suffering in the world today? Right now, the world as a whole is cut off from God.  Since the very dawn of human history, starting approximately 6,000 years ago, beginning with Adam and Eve in the Garden of Eden, mankind has chosen to reject God and His ways.  Adam’s and Eve’s choice set the pattern for all mankind, and the record of human history lists mistake after mistake, resulting in heartache after heartache.  Mankind has chosen to listen to the advice of the serpent instead of God.

Keep in mind that Satan is the god of this present evil age (Galatians 1:4; Ephesians 2:1–3).  And because sin prevails on this earth, suffering has been the result—and death the end of everyone (Romans 6:23).  The world, as a whole, does not follow the teachings of the Bible.  God has given man the freedom of choice.  Therefore, God generally keeps His hands off and stays out of the lives of those who reject Him and His message.  That is why there is so much suffering.

History shows that God has allowed even those who serve Him to suffer.  In the first few chapters of the Bible we read of the murder of righteous Abel by his rebellious brother Cain.  Of God’s faithful followers we also read:  “Others were tortured, not accepting deliverance, that they might obtain a better resurrection.  Still others had trial of mockings and scourgings, yes, and of chains and imprisonment.  They were stoned, they were sawn in two, were tempted, were slain with the sword.  They wandered about in sheepskins and goatskins, being destitute, afflicted, tormented—of whom the world was not worthy.  They wandered in deserts and mountains, indens and caves of the earth.  And all these, having obtained a good testimony through faith, did not receive the promise” (Hebrews 11:35–39).

Jesus Christ also suffered while He walked this earth.  He was falsely accused, maligned, spit upon, slapped in the face, cruelly beaten, and eventually crucified!

And so God tells us:  “Beloved, do not think it strange concerning the fiery trial which is to try you, as though some strange thing happened to you; but rejoice to the extent that you partake of Christ’s sufferings, that when His glory is revealed, you may also be glad with exceeding joy” (1 Peter 4:12–13).  But He adds to this:  “But let none of you suffer as a murderer, a thief, an evildoer, or as a busybody in other people’s matters.  Yet if anyone suffers as a Christian, let him not be ashamed, but let him glorify God in this matter” (vv. 15–16).

Why does God let the righteous suffer?  Because it allows those tested to build holy, righteous character and it gives absolute and undeniable proof of where their allegiance lies.

Though Satan should buffet, though trials should come,
Let this blest assurance control,
That Christ has regarded my helpless estate,
And has shed His own blood for my soul.

God’s plan includes an opportunity for salvation for everyone who has ever lived, or ever will live.  All who have had a loved one die can take heart in God’s promise:  “But I do not want you to be ignorant, brethren, concerning those who have fallen asleep, lest you sorrow as others who have no hope.  For if we believe that Jesus died and rose again, even so God will bring with Him those who sleep in Jesus” (1 Thessalonians 4:13–14).  God is fair!  He is just, merciful, and compassionate.  We will see our loved ones in the resurrection.

God Knows What He Is Doing

Even though we may not have all the answers to why God allows some to die untimely deaths, remember that He knows what He is doing, and that in the end “all things work together for good to those who love God, to those who are the called according to Hispurpose” (Romans 8:28).

It takes great character to accept God’s will humbly, and to avoid blaming Him in the face of tragedy—to acknowledge His sovereign control over all circumstances, and to worship Him even in times of great adversity. Yet we as Christians know that there will be an end to suffering.  As Spafford wrote:

And, Lord, haste the day when the faith shall be sight,
The clouds be rolled back as a scroll;
The trump shall resound, and the Lord shall descend;
Even so, it is well with my soul.

Christ’s return is just around the bend. God speed that day! 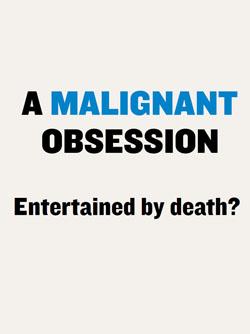 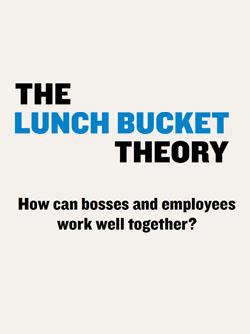 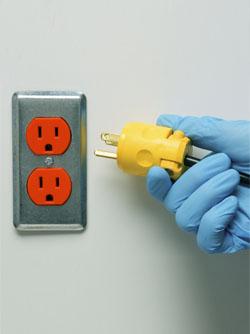