The Value of Competitive Sports

In his letter to the Corinthians, the Apostle Paul drew a direct comparison between the Christian life and an athletic competition. This comparison would have caught the attention of his readers, as Corinth was the site of the Isthmian games, a great athletic festival that was similar to the Olympic games of today. The highlight of the Isthmian games was a great endurance race. It was this race that Paul used as an illustration to depict the Christian life. Notice what Paul wrote: "Do you not know that those who run in a race all run, but one receives the prize? Run in such a way that you may obtain it. And everyone who competes for the prize is temperate in all things. Now they do it to obtain a perishable crown, but we for an imperishable crown. Therefore I run thus: not with uncertainty. Thus I fight: not as one who beats the air. But I discipline my body and bring it into subjection, lest, when I have preached to others, I myself should become disqualified" (1 Corinthians 9:24–27).

Like Paul, we too must run the race that is set before us in such a way that we may obtain the prize. He understood the dedication needed to become a champion! Paul knew that if he would remain faithful to his calling, and his mission, he would receive a reward. Having seen others forsake their calling (2 Timothy 4:10) Paul recognized that the loss of the victor's crown was a very real possibility for any believer. Paul was a focused competitor with a clearly defined goal—being born into the Family of God. He faithfully fought the good "fight" to the very end. In his last letter, written shortly before his death, we discover that he accomplished his goal (2 Timothy 4:6–8).

In these verses the Apostle Paul used physical examples to teach spiritual lessons. The lessons that can be learned through competing in sports have strong spiritual ramifications. Spiritual character is either developed or eroded when competing in athletics. Competition does bring out the best, and sometimes the worst in people. It is the responsibility of the coaches and officials to deal firmly and swiftly when unsportsmanlike conduct is displayed, and to promote and encourage good behavior. Moments like these provide excellent opportunities to teach the correct values—godly values. In team competition, when the pressure is on, and the score is close in the final seconds of the game, our character is tested. Similarly our character is proven when competing as individuals.

How do we react to defeat when we lose a foot-race, a tennis match or a game of basketball? How do we handle a loss? As Christians, we should learn from our failures and use them as springboards for growth. Our skills are perfected through the process of success and failure. We should never let failure destroy us. In sports, as in life, we do not always win, and we are not always successful. But, dealing with a loss can be good for our character development. When we lose—and it will happen—we should never take it out on our opponent, our team, or the officials. We must learn to take it in stride. Good sportsmanship means congratulating winners promptly and willingly. It also means accepting the game's outcome without complaint and without excuses, even if we feel the officials made a few wrong calls. Keep in mind; the officials are humans who are doing their best, and do not intentionally make "bad calls."

Conversely, how do we react when we win? Is our conduct appropriate for a Christian? Doing what is right, fair and honorable should always be more important than winning. Winners should never gloat, be condescending or demeaning to their opponents. When we win we should be gracious, and should let our victories speak for themselves. Winners should also always look for ways to compliment their opponents.

Winners and losers should shake hands, and show respect for their opponents, teammates, coaches and the officials. All of us will experience both the joy of victory, and the pain of defeat. It is how we react to these that is important. Coach John Wooden, the head basketball coach at UCLA who won ten NCAA championships in twelve years (1964–1975), including an unprecedented seven in a row, said it well: "It is normal to enjoy praise and to dislike criticism. True character is when you prevent either from affecting you in a negative manner" ("John Wooden Quotes," AZQuotes.com).

Too many athletes mistakenly view the competition as the "enemy." In the context of competitive sport, an opponent is not an enemy. In an important sense, our athletic opponents are our partners, and the better they are, the more opportunity we will have to play to our potential. One of the best ways to dramatically improve our game and raise our training to the next level is to find athletes more skilled or experienced than ourselves with whom we can practice and compete. While it is comforting to be the best, the fastest or the strongest, it will not help us improve as quickly in the long run. What will launch our training ahead is to continually challenge ourselves by going up against tougher and tougher competition—and our competition will always challenge us more than we can ourselves.

We must learn to rise to the challenges we face. By competing with those who are more accomplished than ourselves we are pushed to elevate our level of play. We develop new skills and push ourselves beyond what we thought we were capable of achieving in such situations. Good athletes have the potential to be excellent role models, capable of lifting up others. Their examples and positive actions can inspire, motivate and challenge those around them. Not only are our physical abilities enhanced through competition in sports, our character is enhanced and strengthened as well. Competitive sports are a powerful tool that can be used to instill godly values and teach proper Christian conduct. This is why the Apostle Paul used a competitive race as an illustration to depict the Christian life! 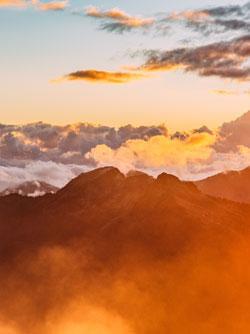 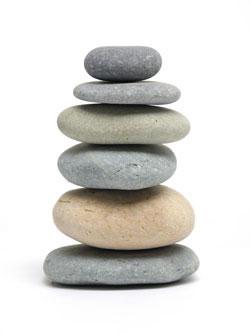 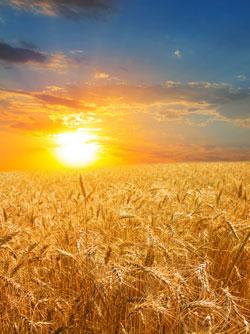