A Season of Discontent | Tomorrow's World 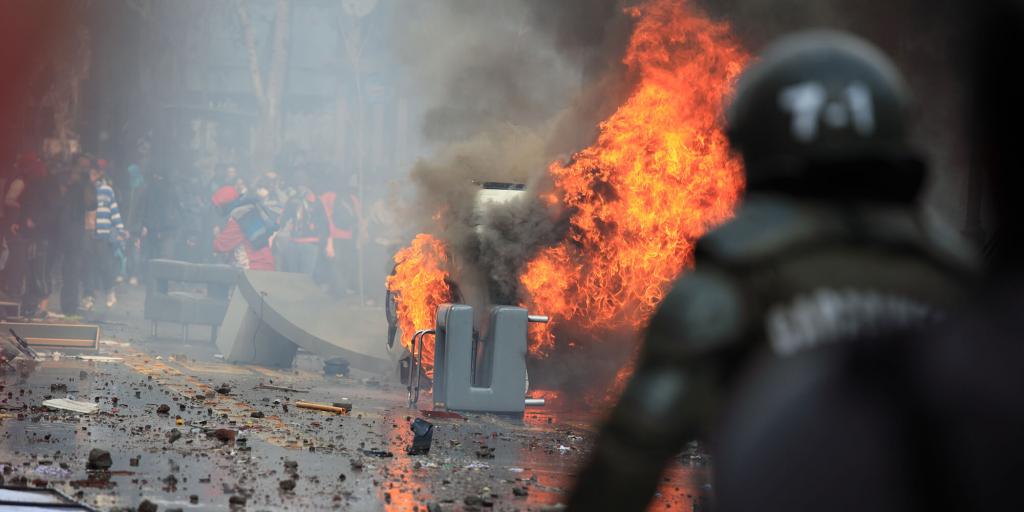 A Disastrous Season of Discontent

Smell the smoke? Hear the pop-pop-pop of gunshots? Is that the wailing, grieving parents surveying a bloody scene? Is that the sound of breaking glass? Do you hear sirens of first responders and law enforcement? That must be the chants of protestors you hear along with the smell of tear gas. The summer sounds of tree frogs, crickets, and night creatures have been drowned out by the elements of an incredible crime wave in many cities in America. Or is it Paris or Barcelona or some other urban area in the world where violent civil unrest has become commonplace?

Some people, weary of the pandemic, are easily enraged by offenses, real or imagined, and come together to protest and vent their frustrations. Stir in a big dose of uncertain, changing guidelines and public health protocols from the highest levels of the government and a torrent of misinformation on social media about the COVID-19 pandemic, and we find that there’s more than enough fuel for the heated uproar to last.

In this atmosphere of political and ideological division, violence and mayhem often break out, egged on by anarchist organizers eager to co-opt a protest to accomplish their goal of bringing down the civil power structure. It happens with alarming regularity, in a very similar pattern, over and over, night after night, in city after city.

After drastically reducing police presence in many cities, neighborhoods find themselves on the run as rival gangs shoot up family gatherings, businesses, and other places where people meet. Random shootings of strangers on the street or public transit are commonplace. This is not a post-apocalyptic scene out of a superhero comic book or a dystopic scene from a movie. This is reality in America today.

All the while, the 24-hour news cycle reports the bloody details as local, state, and national politicians point fingers and make excuses, appearing feckless and impotent. Meanwhile, the people they are supposed to represent and protect are fearful and suffering. Every day, especially on the weekends, the cycle repeats, ad nauseum.

“Why?” the cry is heard. And there are answers:

The catastrophic outcome is confusion and chaos in all levels of education, government, and even the military.

Where will it end? Millions of citizens are now more worried than at any time in their lives, thinking, “What is to become of our beloved country?” There are solutions that are simple, but not easy. They are found in a book that most families have in their homes or on their phones, which is not widely read or believed for all that. This book is the Bible. It contains rules of conduct which, if followed consistently, always bring peace and prosperity. To understand it, one must earnestly put it into practice. Psalm 111:10 states, “A good understanding have all those who do His commandments.” There are plain statements given by God to mankind about what is acceptable behavior and what is not acceptable. It’s not complicated. The Psalmist was inspired to write that “all Your commandments are righteousness” (Psalm 119:172). Those standards of conduct are given in detail in Exodus 20 and Deuteronomy 5.

However, Jesus gave a condensed version to a young lawyer who came to Him asking what commandment was necessary for eternal life. Jesus told him, “You shall love the Lord you God with all your heart, and all your soul, and with all your mind.  This is the greatest and first commandment. And the second is like it: ‘You shall love your neighbor as yourself.’ On these two commandments hang all the law and the prophets” (Matthew 22:37–40, New Revised Standard Version).

The consequences for ignoring these Godly standards of conduct are given in detail in Leviticus 26:14–44, and Deuteronomy 28:15–67. You see these “curses” described in those scriptures playing out all around you today.

At this time, it is not realistic to think that mankind or many of your fellow citizens will embrace these eternal principles. However, you can put them into practice in your life and receive the benefits of doing so now, and in the life to come. One of those benefits that you can claim, called blessings in the Holy Bible, is “the peace of God which surpasses all understanding”—even in troubled times (Philippians 4:7).

The study guides and other materials found at TomorrowsWorld.org are a great help in revealing how to put these ancient truths into practice. They are provided in print or online free of any charge.