A Fish and a Worm | Tomorrow's World 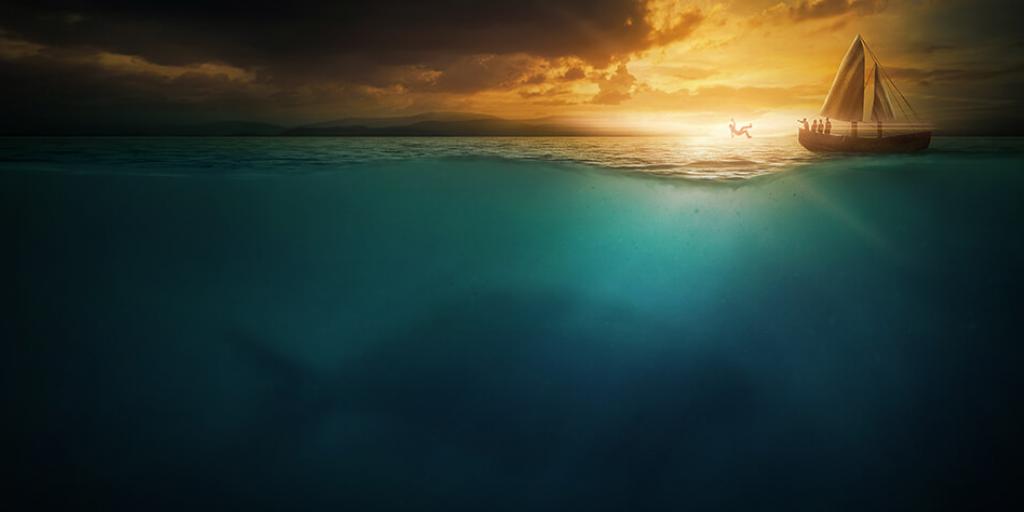 A Fish and a Worm

Everybody loves a fish story. Somehow such stories often grow with the telling, stretching the credulity of the listener. Laughs and knowing nods are the response as the listeners express their doubts about the tale of the fisherman.

It may surprise you to know that the Bible contains some fish stories, as well—all true. Jesus, as He began His ministry, called Peter, Andrew, James and John, who were commercial fishermen. He saw something in them that He could use, and He told him that He would make them “fishers of men,” indicating a much more important “catch.” Later, after His resurrection, Jesus was on the shore of Lake Gennesaret. He instructed the men, who had fished all night without a catch, to launch their nets into the deep. They protested, but they did as they were instructed and their nets were so full of fish that it almost sank the boat. Jesus reminded them of His desire for them to become “fishers of men” (Luke 5:1–11).

However, the most interesting and well-known fish story in the Bible is found in the Old Testament Book of Jonah. God instructed Jonah, a prophet, to give a warning message of repentance to the Assyrian city of Nineveh. The Assyrians were a warlike, conquering people, bitter enemies of the Israelites. Jonah wasn’t concerned about the Assyrians’ impending punishment and attempted to shirk his duty. He abandoned his post and ran away. Hiding from God never works, and it didn’t work for Jonah. He booked a passage on a merchant vessel to go to Tarshish. As Jonah slept in the hold of the ship, “a great wind” and a “mighty tempest” suddenly developed and the ship was in imminent danger of breaking up. Realizing that something was causing such a catastrophic turn of events, the captain and crew confronted Jonah. He admitted his sin of disobeying God and urged the crew to throw him overboard. They were reluctant to take this drastic action, but as the storm intensified, they did finally throw him into the churning sea!

Now, this is where the fish comes into the story. Most who are familiar with this Biblical account will tell you that a whale swallowed the reluctant prophet. But, that is not what the Book says. Jonah 1:17 states, “Now the LORD had prepared a great fish to swallow Jonah. And Jonah was in the belly of the fish three days and three nights.” Then, after that time he was unceremoniously vomited out on land, miraculously surviving this ordeal.

Imagine the terrifying experience of Jonah, enduring three days and nights in the belly of a special fish. The confinement and the smells, being tangled in sea weed, as it says in chapter 2:5, were something he never forgot. God gave Jonah another chance to deliver the warning message to Nineveh.

To Jonah’s surprise and dismay, the Assyrians heeded the warning. They repented, fasted and prayed for forgiveness. God heard their sincere cry and relented, sparing the city and its people. This should have been a cause for great rejoicing. Yet, Jonah was not happy about it. He pouted, sitting on a hillside overlooking the city, waiting for it to be destroyed. The hot sun bearing down on him put him in distress. God mercifully caused a broad-leafed plant described as a gourd to spring up overnight to provide shade for him, which pleased him greatly. To help Jonah learn a lesson, God prepared a worm to attack the plant so that it quickly withered. Jonah again suffered as the hot sun beat down upon his head until he was faint. God used this as a teaching moment, asking Jonah if he was angry about the destruction of the plant. Jonah was belligerent about losing his valued shade. God then said to him, “You have had pity on the plant for which you have not labored, nor made it grow, which came up in a night and perished in a night. And should I not pity Nineveh, that great city, in which are more than one hundred and twenty thousand persons who cannot discern between their right hand and their left—and much livestock?” (Jonah 4:10–11).

We don’t know if Jonah got the point or not. We hope that he repented and became more concerned about his fellow man.

As we consider this familiar story, we see that God, as Creator, can use the elements of His creation, even a fish and a worm, to accomplish His will.

If you want to know more about how God works with mankind and about His Plan here below, our Bible Study Course (24 lessons) is a fascinating and informative source of Biblical knowledge. It is self-graded, and is available in print or online—totally free of charge.