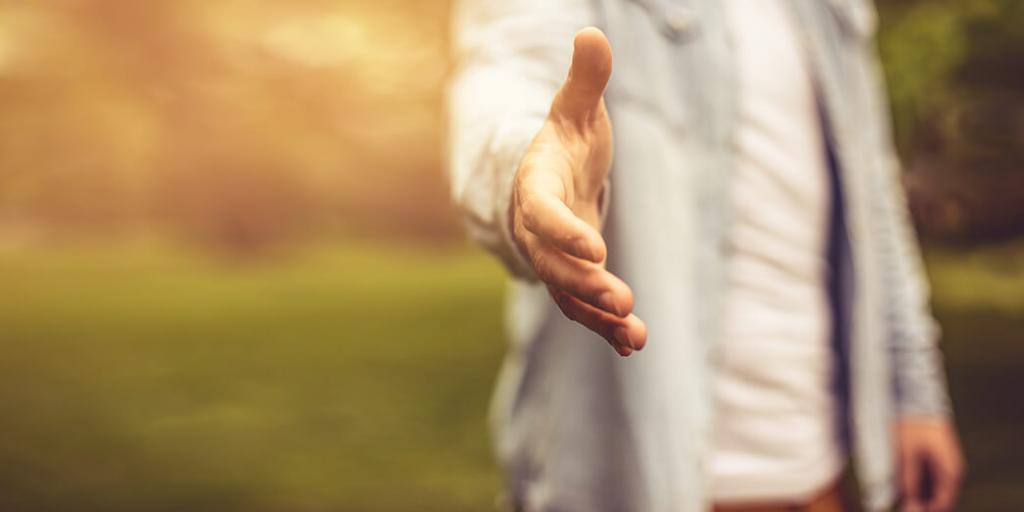 There’s debate over whether or not it can be called a “real” word, but if you type “sonder” into Wiktionary, you’ll get this definition: “The profound feeling of realizing that everyone, including strangers passed in the street, has a life as complex as one’s own, which they are constantly living despite one’s personal lack of awareness of it.”

Whether “sonder” is ever accepted as a “real” word, the concept behind it really is profound. It’s always encouraging to know that someone cares enough to be aware of us. We all feel a certain level of peace in the knowledge that we’re accounted for and considered. That might be why Dale Carnegie wrote that “a person’s name is to that person the sweetest and most important sound in any language” (How to Win Friends and Influence People, p. 79). This isn’t necessarily egotistical; for many people, the feeling seems more akin to gratitude: Thank you for acknowledging and being aware of me.

Maybe feeling sonder is just comprehending, however briefly, that everyone’s life is worth acknowledging as deeply meaningful, complicated, and, to a large extent, unknown to us. It may take surprising effort to internalize that other people are as multifaceted as we are. It might even be a little frightening, because then we must recognize that most of the struggles that define the lives of others are hidden from our perception—and that the excuses we all drum up for condemning other people are pathetic.

I’ll always remember hearing a professor tell his students, “Every time you read a piece of literature in this class, you are not allowed to say it’s bad. You are allowed to say that you don’t like it, that you don’t understand it, even that you fundamentally disagree with it to your core. But you can’t say it’s bad or stupid; respect the authors enough to assume they knew what they were doing.” That professor believed that everything read in his class had some value. That’s a debatable perspective—some literature truly is worthless—but I’m glad he voiced his opinion because it struck me much later that what he said applies in a far more profound way to human beings. Every human being is valuable and should be treated as valuable.

That’s all too easy to say: “Every human being is valuable.” But we all probably forget it every single day, as we fail to respect the Author of the lives around us enough to assume He knew what He was doing. We can all probably think of ways we dismiss people as being of little value, even if we only do so unconsciously or in our minds.

Even those who know that every human being is made in God’s image can sometimes be tempted to think that image is wasted on people whose value we have a hard time seeing. Satan sometimes uses people neck-deep in sinful lifestyles to trick us into thinking that it’s right to devalue individuals God has created—failing to see the person trapped in the sin. Christ warned His followers against that mindset (Luke 9:51–56).

Of course, as the Bible makes abundantly obvious, sinful actions, beliefs, and lifestyles are never to be valued. But even the people who completely stray from God’s path, trying desperately to rewrite the Author’s work in their lives, are still worth more to God than we can imagine (2 Peter 3:9). Look, Christ might say, you should wholeheartedly disagree with a lot of what these people say and do—but they’re not worthless. I made them. I died for them.

No one is invisible to God—and that, too, is easy to say, but hard to completely wrap our minds around. I’d better be kind, because God wants me to be kind, we might think when we’re tempted to not be kind. And that’s true, but we might be better off thinking, I’d better be kind, because God wants this person in front of me to experience kindness. He’s deeply aware of you, me, and everyone we interact with. He even knows the number of hairs on their heads (Luke 12:7)—and He knows how much they need our empathy. The God who commands all men everywhere to repent of sin (Acts 17:30) also knows our frame and remembers we are dust (Psalm 103:14).

“Be kind,” goes an oft-quoted saying of dubious origin, “because everyone you meet is fighting a hard battle.” In all His dealings with every one of us, God is never unaware of the struggles we each have every day (Hebrews 4:15). We might not know what the people around us are fighting, but if we want to be like Him, we should strive to treat other people like they’re fighting something painful, going through something hard, because most of the people around us are. This all the more helps us to remember the true purpose of God’s laws for us: “For all the law is fulfilled in one word, even in this: ‘You shall love your neighbor as yourself’” (Galatians 5:14).

So, say peoples’ names when you talk to them. If someone looks sad, ask if they’re okay—and be prepared to listen if they’re not. Smile when you, even accidentally, make eye contact with someone you know. A little sonder might go a long way.

God so wished to share His love with His creation that He sent His Son to die so we might have the opportunity for salvation. To learn more, read the free booklets John 3:16: Hidden Truths of the Golden Verse and The Ten Commandments.