A Pig in a Poke… | Tomorrow's World 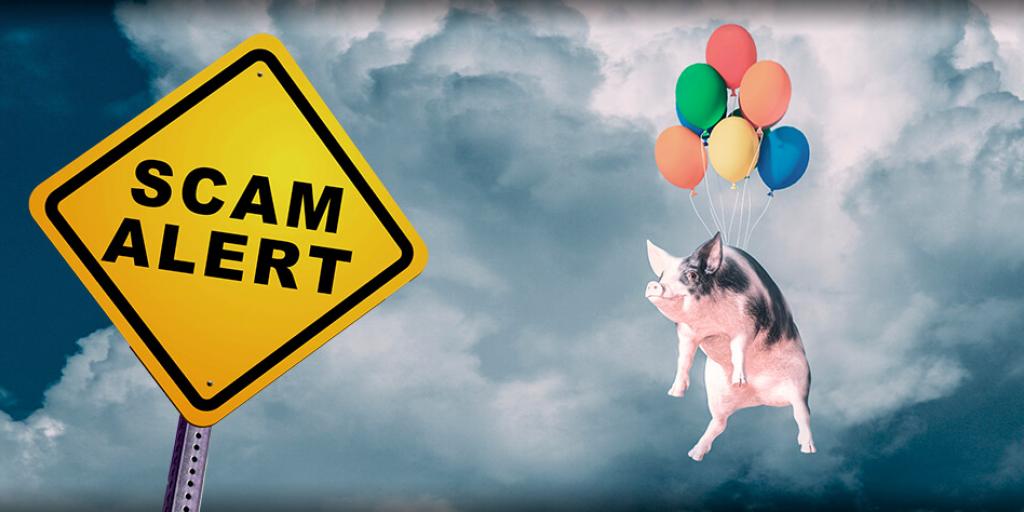 Have you ever made a bad purchase? Perhaps you bought a defective appliance or an automobile that turned out to be a “lemon.” The product or service did not turn out to be what you thought you were buying. In such cases, we may say that we “bought a pig in a poke.”

The English colloquial expression “I bought a pig in a poke” refers to buying something sight unseen. It originally referred to buying a bag (poke) thought to contain a piglet but which actually contained a dog or cat. Because the buyer failed to inspect the contents of the bag before buying it, he was cheated and didn’t get what he paid for.

There are many expressions in the English language for being fooled by someone. For instance, we may say that we have “been sold a bill of goods,” which expresses that what we bought was defective and fraudulently misrepresented.

We may also say that we “bought the Brooklyn Bridge” which expresses being the victim of a scam. A man by the name of George C. Parker in the early twentieth century successfully scammed gullible people into buying the right to control access to the Brooklyn Bridge.

Every year we hear of scams perpetrated on innocent victims. Some scams are perpetrated via the Internet. One example is the promise of a monetary reward for simply providing your bank account number so that supposed millions of dollars of inheritance can be retrieved from some foreign country (the infamous Nigerian “419 Scam”). Instead, the victim’s bank account is robbed. Another example is someone claiming to be collecting for some worthy cause. Or some collect a down payment for some service or work which is never completed, or perhaps is never started.

The Latin term “caveat emptor” means “let the buyer beware.” The onus is on the buyer to examine what he is buying. Various nations have passed laws to help protect consumers. The principles of these laws are that the seller must not deceive the buyer, but the buyer must recognize that the seller is expressing no warranty other than what is specifically stated.

Jesus Christ gave a “caveat emptor” warning to His followers to “Beware of false prophets, who come to you in sheep’s clothing, but inwardly they are ravenous wolves” (Matthew 7:15).

What about your religious beliefs? Have you been “sold a bill of goods”? It sounded religious, but you later discovered that what you had simply accepted at face value wasn’t even in the Bible. You assumed it was in the Bible but when you “looked in the bag” you discovered something different, perhaps even the exact opposite. You had “bought a pig in a poke.”

As always, Christ spoke the truth. It wasn’t long until the wolves appeared on the scene, and they continue to this day. Notice the Apostle Paul’s warning: “For I know this, that after my departure savage wolves will come in among you, not sparing the flock. Also from among yourselves men will rise up, speaking perverse things, to draw away the disciples after themselves. Therefore watch, and remember that for three years I did not cease to warn everyone night and day with tears” (Acts 20:29–31).

The Apostle Peter also warned, “But there were also false prophets among the people, even as there will be false teachers among you, who will secretly bring in destructive heresies, even denying the Lord who bought them… and many will follow their destructive ways… by covetousness they will exploit you with deceptive words…” (2 Peter 2:1–3).

The Presenters on the World Tomorrow program often say, “Don’t believe me. Believe what you find in the pages of your own Bible.” We invite you to watch the program, to read the magazine and booklets and to check out the references in your Bible. Don’t be scammed by anyone.

For more information, please order the free booklet, Do You Believe the True Gospel?, and check out the Tomorrow’s World magazine article, “Will Protestantism Disappear?” today.