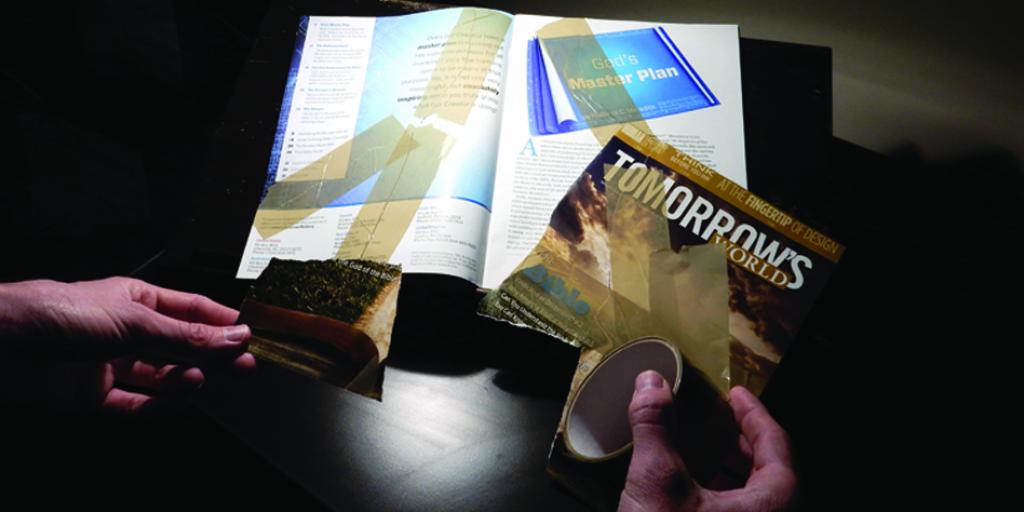 Several years ago, while visiting South Africa, I heard an inspiring story from a young African who found biblical truth in an unusual way. This young man, who had some contact with the Church of God as a small child, was at the post office in his township. He walked over to the waste bin to discard some junk mail. As he glanced into the trash receptacle, he noticed a colorful magazine that had been torn in half…

The titles of the articles and the subject matter of the magazine intrigued him. Curious, he dug through the trash until he found the other half of the magazine. He took it home and taped it together so that he could read the whole thing. He became a subscriber to Tomorrow's World and is now a member of the Living Church of God along with his wife and two sons. You see, when it’s time, God will make certain that a person receives His call, even from a waste bin.

The Bible records a number of unusual callings as God worked with individuals. One such example is the calling of Moses. He was an Israelite, reared in Pharaoh’s household as a prince of Egypt. As an adult, he had to flee for his life after killing an Egyptian and intervening in a dispute between two Israelite slaves. He began his life anew in Midian as a shepherd in the wilderness. After 40 years, he came upon a bush on a mountain that burned without being consumed. From this unusual and miraculous sight, Moses heard the voice of God calling him to a great purpose, to free the Israelites from Egyptian bondage. I am certain he never forgot the burning bush (Exodus 3:2–4).

In New Testament times, a zealous Pharisee named Saul had been dedicated to stamping out the Christian sect, yet God called him in a spectacular way. As Saul traveled from Jerusalem to Damascus with murder in his heart and arrest warrants in his hands, Jesus Christ struck him down and spoke to him in a way that profoundly changed his life forever. Saul was blinded and shaken to the core, but after three days he received the answer to his dilemma. He was given this message about his new role, “…he [Saul] is a chosen vessel of Mine to bear My name before Gentiles, kings, and the children of Israel. For I will show him how many things he must suffer for My name’s sake” (Acts 9:15–16). God used Saul, who became the Apostle Paul, to write a major portion of the New Testament and to spread the Good News far and wide.

There are other vivid examples of those who received their calling in unusual ways. For example there is the story of Zacchaeus, a wealthy tax collector. He was a short guy, so as Jesus passed by in a crowd, Zacchaeus climbed a tree to get a better look. To his surprise and amazement, the Messiah looked up at him and said, “Zacchaeus, make haste and come down, for today I must stay at your house” (Luke 19:5). Zacchaeus was delighted. He responded by changing his ways and becoming a devoted follower of Jesus Christ.

So you see in different ways at different times and in different places God reaches out and extends a call to those with whom He is working in this age. As you read our magazine and booklets, as you watch the Tomorrow’s World program, have you considered that this may be your calling? How will you react? Some people think “Well, that’s interesting…”—but then move on with their lives without acting on the wonderful truths that are revealed. Others recognize the life changing nature of the message we proclaim, and act on it to become a part of the Work that is being done to prepare for the coming Kingdom of God.

What will you do with your calling? Order the free booklet, Do You Believe the True Gospel? today, and learn just what you can do!