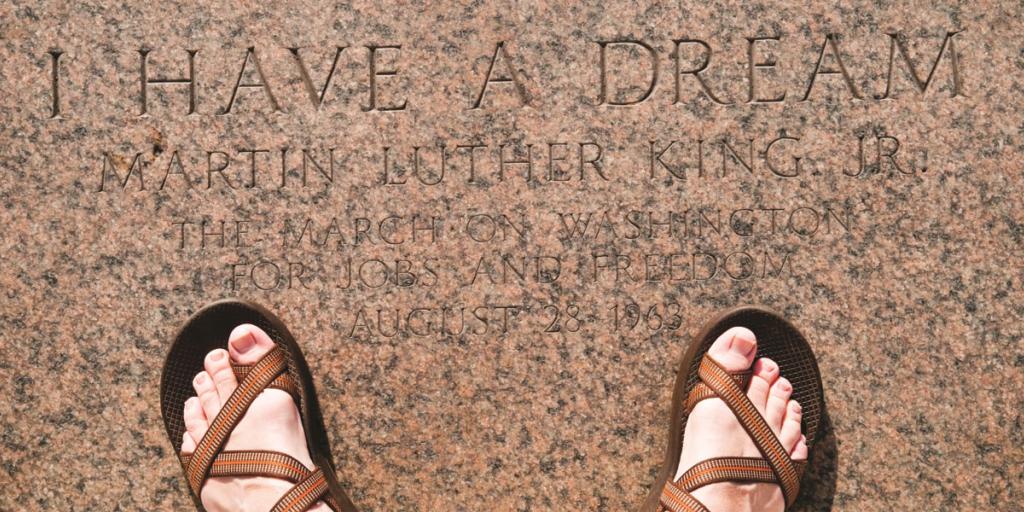 On August 28, 1963, at the Lincoln Memorial in Washington D.C., Martin Luther King Jr. delivered a stirring speech with a vision for the future. The speech was delivered as the United States of America struggled with fighting a war on two fronts. One was a military battle overseas in a place called Vietnam, while the other was a civil/social battle, a war on its own soil grappling with segregation of black people from white people.

Martin Luther King’s speech “laid out four major grievances: discrimination by private businesses and local government; barriers that kept black Americans from voting; unfair treatment by police; and what might broadly be called social mobility and economic opportunity. ‘We cannot be satisfied’, King said, ‘as long as the Negro’s basic mobility is from a smaller ghetto to a larger one.’”

Five years later, on the evening of April 4, 1968, Martin Luther King Jr. was assassinated as he stood on the balcony of his Memphis hotel room. He was 39 years old. Since his death, the United States has continued to struggle as a nation to reconcile race-based inequities that Mr. King spoke so forcefully about in his most famous speech—“I have a dream.”

King spoke of an America that would not have rest or tranquility if changes were not made in the “desolate valley of segregation.” The events of the past several years, from Ferguson, Missouri to Charlottesville, Virginia, bring his decades-old warning to mind. He noted, “the Negro’s legitimate discontent will not pass until there is an invigorating autumn of freedom and equality.”

Another well-known passage from Mr. King’s speech reads: “I have a dream that my four little children will one day live in a nation where they will not be judged by the color of their skin but by the content of their character.”

Mr. King addressed the character of those affected when he cautioned “…we must not be guilty of wrongful deeds. Let us not seek to satisfy our thirst for freedom by drinking from the cup of bitterness and hatred. We must forever conduct our struggle on the high plane of dignity and discipline. We must not allow our creative protest to degenerate into physical violence. Again and again, we must rise to the majestic heights of meeting physical force with soul force.”

With riots and civil unrest still fresh in the minds of many Americans, Martin Luther King’s dream is arguably as far from our grasp today as it was over 50 years ago. Certainly there have been some advances in our cultures, but none to change the content of the human character.

Martin Luther King quoted Isaiah 40:4–5 from the Holy Bible where it says “every valley shall be exalted and every mountain and hill brought low; the crooked places shall be made straight and the rough places smooth; the glory of the Lord shall be revealed, and all flesh shall see it together; for the mouth of the Lord has spoken.” A short four verses later we read of the proclamation of the Good News of the Kingdom of God.

Yes, Mr. King’s vision will one day be reality, but not as long as the prince of the power of the air (Ephesians 2:2), the ruler of this age (John 14:30) remains in place. The troubling news of our time is just a foretaste of what lies immediately before us, all of which is a prelude to Christ’s return.

If we wish to both understand and be protected during the trying times just ahead and become part of the solution that Jesus Christ Himself will bring, we must change; change from selfish to selfless, self-centered to Jesus centered, self-righteous to the righteousness that comes from the power of God. If you want to know more about this changes and how you can change from within, then order our booklets “What is a True Christian?” and “Christian Baptism: Its Real Meaning.” These inspiring booklets contain the information you will need to be part of this world’s solution in Tomorrow’s World.