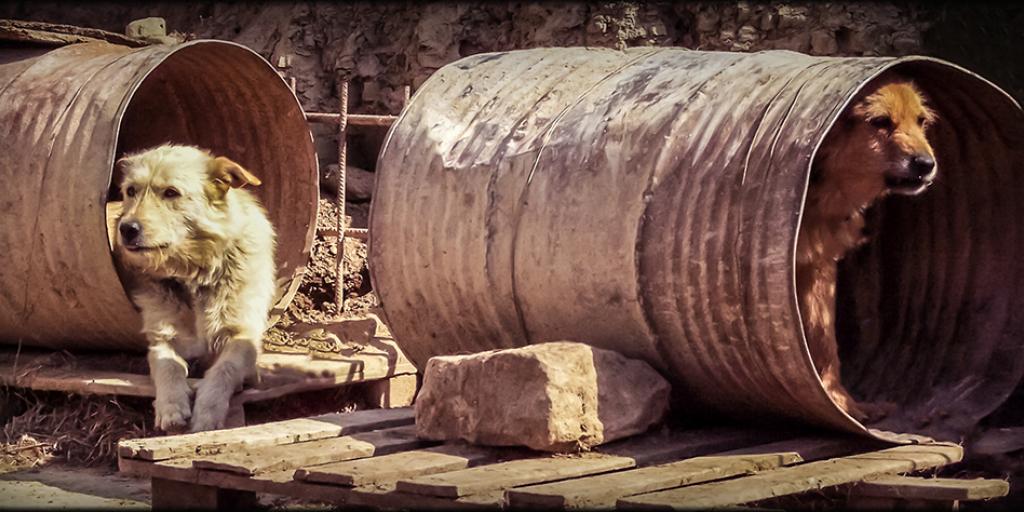 My cell phone rang with an urgent call from my wife: "Daisy's out—I need your help!" I finished my business, hopped in the car and hurried home through the rain, thankful I was just a few minutes away.

My wife relayed the full story on the phone. Two of our neighbors' dogs had been hanging around our property lately. But on this chilly, soggy day they decided to chase "Daisy," our Black Angus heifer. They slipped through the gate into her pasture and took off after her, barking and nipping at her legs. Out of fright she leaped over her fence, leaving just a wisp of black hair on the top wire (Until that day I was unaware of the hidden agility of cows). When I arrived home, Daisy was standing by our back door—still nervous, but beginning to calm herself. With the help of a feedbag and not a little urging, we got her back in the pasture.

Neighbors were very helpful and willing to correct the problem when it was explained to them. I appreciated their understanding and cooperation. But what also struck me was each of their positive assessments—understandably—of their own respective dogs. They said both dogs were well-behaved and obedient when alone. It was just when they got with the other one that they got into trouble!

My Dad used to tell us a saying about peer pressure that he had received from his father: "One boy's a boy, two boys are half a boy, and three boys are no boy a'tall!" (Was it a coincidence that he was telling this to his three sons?) But think about it—isn't it true for humans in general? When we are in a group, just like those normally well-behaved dogs, we can get into all sorts of trouble that we never would alone. It's the mob rule. It's peer pressure. Normal inhibitions break down. Trouble just sort of "happens."

Teenagers face peer pressure to be like their friends and can be lured into illicit behavior like fornication, substance abuse or even criminal behavior. They can wind up doing things to gain favor of a group that they normally would have the character and presence of mind to avoid. But adults are driven by peer pressure as well, if perhaps more subtly. We can fall into undesirable behavior—pride, envy, anger, gossip or backbiting—because we want to please those around us. The temptation to follow the group is a powerful force that can sometimes have disastrous consequences.

What about you? What kind of people do you associate with? Do they help you to be a better person, or do they drag you down? Proverbs 1:10 says, "My son, if sinners entice you, do not consent. If they say, "Come with us, let us lie in wait to shed blood; let us lurk secretly for the innocent without cause… do not walk in the way with them, keep your foot from their path" (Proverbs 1:10–11, 15). Paul said in 1 Corinthians 15:33, "Do not be deceived: evil company corrupts good habits." We need to choose wisely those we spend time with—because we'll probably become like them! (Proverbs 22:24–25).

Thankfully, the dogs did not come around much after that incident. It might be because of the "negative reinforcement" one of the dogs received when he accidentally brushed against Daisy's electric fence during a foray into our pasture. In any case, the lesson of peer pressure and these "good dogs gone bad" made a profound impression on me. Perhaps there's something there for us two-legged creatures to learn as well.

What other lessons can we learn from the Bible? Order the booklets, What is a True Christian? and Successful Parenting: God's Way, today!