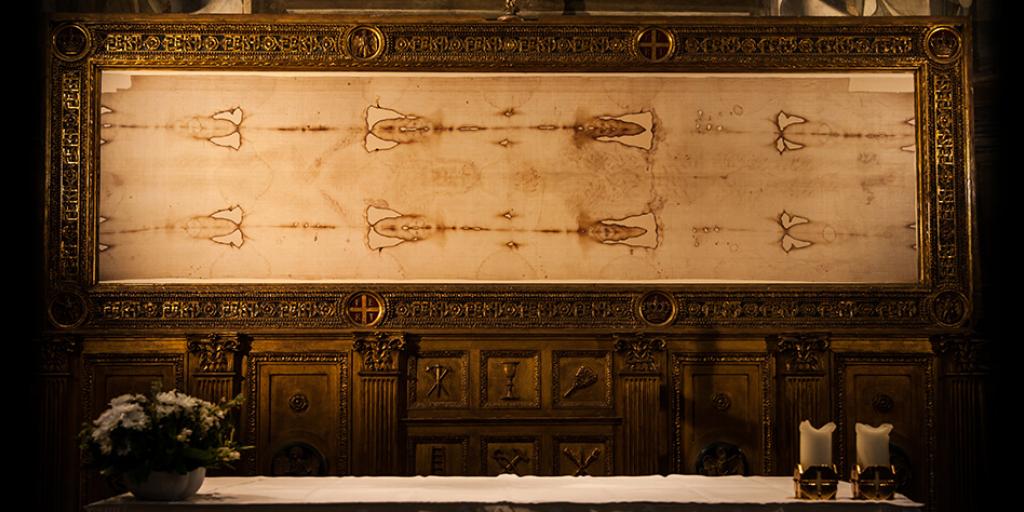 The Shroud is a linen cloth, roughly fourteen-and-a-half feet long by three-and-a-half feet wide, which some say bears the image of a man who had been scourged and crucified. Many believe the Shroud depicts none other than Jesus Christ Himself, and that it may even have been His burial shroud.

The Shroud has been kept in Turin, Italy, since 1578, and has only been exposed to the public five times since 1933. Its next public display is scheduled to begin on December 28, 2020, and continue until January 1, 2021.

In the past, the Catholic Church has taken a somewhat ambiguous position as to the Shroud’s authenticity, saying merely that it is significant to those believing it is Christ’s burial cloth. However, Pope Francis venerated, or held in reverence (one synonym of “revere” is “worship”) the Shroud in 2015, calling it an “icon of love.”

Is the Shroud of Turin the authentic burial shroud of Jesus? Frankly, the evidence is stacked against this assumption.

Jewish burial rites required the body of the deceased to be wrapped in strips of cloth, not in a continuous length of material. We’re told this plainly in John 19:40: “Then they took the body of Jesus, and bound it in strips of linen with the spices, as the custom of the Jews is to bury.”

We’re also told that Jesus’ face was simply covered with a napkin or handkerchief, a separate item from the strips of cloth used to wrap His body. We see that in John 20:7, wherein Peter sees “the handkerchief that had been around His [Jesus’] head, not lying with the linen cloths, but folded together in a place by itself.”

Clearly, the Shroud of Turin, when compared with the Bible’s account, fails the true test of authenticity—God’s word.

Adherents of Catholicism view the Shroud of Turin as sacramental, something which bridges the physical to the spiritual. But do you and I need to have something physical and material to aid our worship of the invisible God, especially something shrouded in mystery and controversy?

Pictures of Jesus, crucifixes, crosses, angel figurines, statues and images of so-called saints, and yes, even relics such as the Shroud of Turin, are all condemned by Scripture as forms of idol worship, and are to be rejected by those who strive to truly follow God and who respect His instructions!

God is invisible to our human sense of sight, yet we can develop a dynamic and active relationship with Him if we learn to worship Him in the manner He prescribes. God requires worship “in spirit” from those seeking to worship Him sincerely.

True Christians will not use material things to aid their worship of the true God, but will instead express themselves to Him through prayer and meditation, using the Holy Bible to understand His nature, plan, purpose, and will.

Read our eye-opening booklet What is a True Christian? to learn more about how to worship God in spirit and in truth.