Is more inflation on the way? | What will godly economics be like? 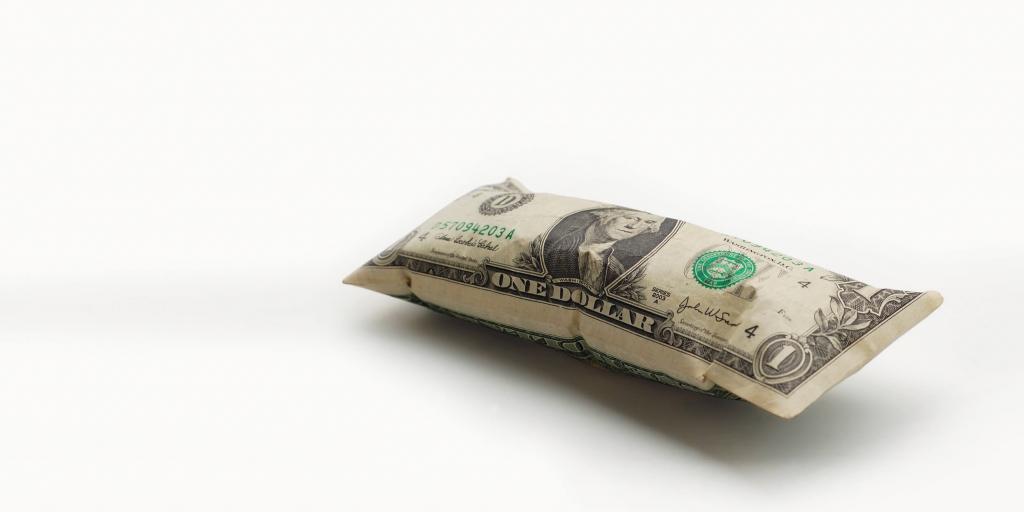 More Inflation on the Horizon?

You don’t have to have a degree in economics to recognize inflation. Just go to the grocery store, retail store, gas station, or shop online, and you discover higher prices.

You may also notice that boxes, cans, and packages keep getting smaller, containing less product. Coffee shrinks from 16 ounces to 10 ounces; a half-gallon of ice cream is downsized to 1.5 quarts, 2 liters is 1.75 liters, 56 count is now 48 count, and 90 sheets is only 80 sheets, all for roughly the same price as before. Some have dubbed this as “shrinkflation”—a reduction in the amount with no reduction in price.

As a teenager (way back in the 1960s), I worked part-time at a local grocery store, stocking the shelves. Occasionally, we had price changes for which we had to manually change the price on each package. Yes, these were the days before barcodes and computerized checkouts, and I am a “dinosaur,” but I won’t bore you with tales of candy bars for only five cents (though I recently delighted in recounting this to my grandsons!). Search online for 1960s prices and you’ll clearly see inflation.

Some economists believe we are about to experience worse inflation.

As a teen, I learned about the Consumer Price Index and began to track how it showed the declining purchasing power of the dollar. As time went on, I noticed that the base year of the index was moved forward repeatedly, making the Consumer Price Index look smaller and less significant. I suppose it’s important for those in power not to remind people what their dollar used to buy.

I later learned about “Finagle’s Fudge Factor,” a humorous way of saying one could manipulate numbers to present a better-looking picture. Finagle means to obtain something by dishonest means. To fudge means to present something in a misleading manner. Another saying is, “Figures don’t lie, but liars figure.” Figures are sometimes fudged in order to mislead.

The Bible has much to say about “false scales” and measures and fraud. No one likes to be deceived. If we think are buying a pound or metric measure, we expect to get what we pay for. Valuation is important, both of the product and the currency. We want our dollar or other currency to maintain value, buying the same amount of goods today as it did yesterday. When it erodes in value, we experience inflation—the decline of purchasing power due to increased money supply, increased costs, and/or increased demand.

In 1965, the United States began debasing U.S. coinage by removing silver content. In 1973, the U.S. government finally abandoned the remnants of the gold standard. Since then, the “monetarist theory” has been in operation, and our dollars buy less and less each passing year. Inflation may be a benefit to borrowers and those who hold physical assets, but it is a hidden “tax” on savers.

One can endlessly argue monetary theories, but the absence of standards makes it easier for the powerful manipulators to win, while the public loses. In the Bible, the Apostle James talks about riches being corrupted and gold and silver corroded, and he condemns defrauding the wages of laborers (James 5:1–6). Proverbs 11:1 speaks of “a false balance,” while Proverbs 16:11 and other scriptures teach God’s expectations regarding honest weights and scales. I remember seeing a comical painting by Norman Rockwell appearing on the cover of the October 3, 1936 Saturday Evening Post. A woman customer, buying a chicken being weighed, was pushing up on the scale, while a grocer was pushing down—not at all what God would want!

God says, “You shall do no wrong in judgment, in measures of length or weight or quantity” (Leviticus 19:35). God speaks about standards of measurement and money in Ezekiel 45:9–12. God wants just standards and a “love your neighbor” system that cares for all. This will only be accomplished when Jesus Christ returns to establish His kingdom on earth.

To know more about that approaching time, read the booklet The World Ahead: What Will It Be Like? You can order your own free copy today or read it online here at Tomorrow’s World.