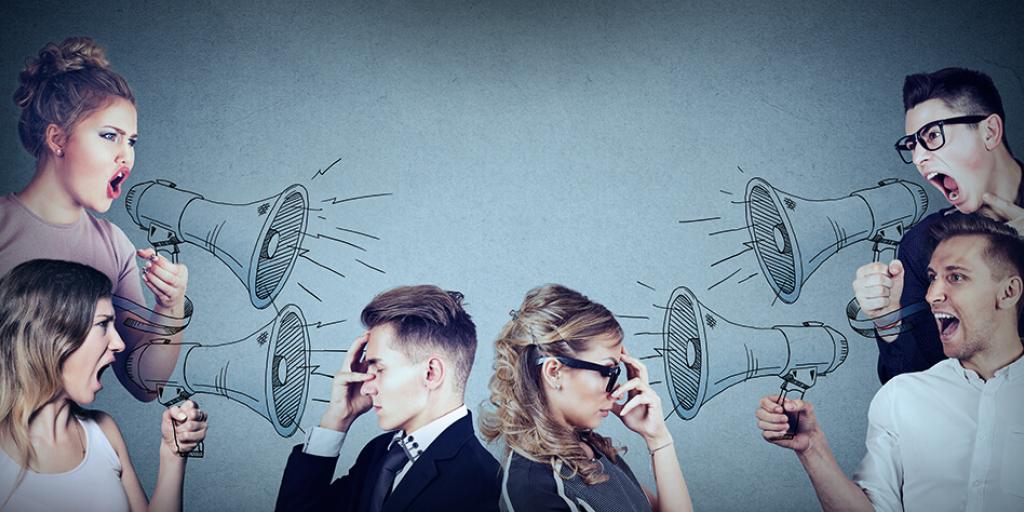 For anyone keenly observing today’s world scene, an undercurrent of shamelessness soon becomes very clear. You’ll see it in everything. Political shenanigans, movies, popular music, and—this being the “Information Age,” after all—the “blogosphere,” where anyone can air his or her views, gripes, and opinions, without reservation. And this culture is becoming more disturbing all the time.

Coarse language, scatological content, irreverent comments, and sarcasm rule the discourse. As you walk through a shopping mall, you may hear language coming from young people, girls as well as boys, that would shock a salty old sailor of yesteryear. Even professional broadcasters and pundits of the 24-hour news cycle on cable and satellite often use foul, sexually charged words and expressions. Their most publicly-stated opinions and evaluation of others are disrespectful and even profane.

Modesty seems to have met an untimely end in dress and fashion. We see ragged jeans, revealing tops, bare shoulders, and plunging necklines or yoga pants that leave nothing to the imagination. Styles change, and fads come and go, but good taste should never go out of style.

The profligate life styles of many rich and famous people from movies, television, professional sports, and even prominent politicians are a sordid mess of infidelity, impropriety, and instability—all of which plays out on social media with millions watching, and often emulating, their aberrant behavior.

Perverse behaviors, taboo for millennia, are being pushed upon society as acceptable “lifestyles” in an astounding way. Elementary school curriculums are teaching that these perversions are normal, even encouraging prepubescent children to “choose” a gender other than their actual God-given gender. Some states even prohibit counseling to help those who have gender confusion or sexual dysfunction to embrace normal behavior. College courses in diversity, including transgender options, encourage gender confusion.

Constant exposure to such degradation has a searing, scarring effect on the collective conscience of society. Subject matter or actions that would once make an ordinary person blush are now common place and accepted. The concept of one’s actions causing shame or disgrace, remorse, self-reproach, or feelings of guilt has certainly been diluted to the point of being a rare response.

Are we better off as a people slogging through this immoral muck? I think not!

The Bible addresses this kind of behavior. During a period of national sinfulness in ancient Israel and Judah, the prophet Jeremiah wrote, “Were they ashamed when they had committed abomination? No! They were not at all ashamed, nor did they know how to blush…” (Jeremiah 8:12). That could have been written about our day.

The prophet Daniel, in a heartfelt prayer about conditions in his time put it this way, “…O Lord, great and awesome God, who keeps His covenant and mercy with those who love Him, and with those who keep His commandments, we have sinned and committed iniquity, we have done wickedly and rebelled, even by departing from Your precepts and Your judgments.… O Lord, righteousness belongs to You, but to us shame of face, as it is this day…” (Daniel 9:4–7).

The Psalmist in Psalm 44:15 spoke with a fervent and repentant attitude.“My dishonor iscontinually before me, and the shame of my face has covered me….”

While, as individuals, we cannot change the downward spiral of society or the language and immoral activities all around us, we can make changes in our own lives. The Apostle Paul said it well: “But fornication and all uncleanness or covetousness, let it not even be named among you, as is fitting for saints; neither filthiness, nor foolish talking, nor coarse jesting, which are not fitting, but rather giving of thanks. For this you know, that no fornicator, unclean person, nor covetous man, who is an idolater, has any inheritance in the kingdom of Christ and God.… Walk as children of light (for the fruit of the Spirit is in all goodness, righteousness, and truth),
finding out what is acceptable to the Lord” (Ephesians 5:3–10).

In instructing the believers of his day, Paul said this as well: “Let your speech always bewith grace, seasoned with salt, that you may know how you ought to answer each one” (Colossians 4:6). Notice, not “peppered with profanity.” Is it important? These are the words of Jesus Christ on the subject: “But I say to you that for every idle word men may speak, they will give account of it in the day of judgment. For by your words you will be justified, and by your words you will be condemned” (Matthew 12:37).

If we are to please God, we should conduct ourselves and express ourselves in a manner that will be pleasing to Him. In doing so, we can avoid “shame of face” as we stand before Him in the judgment.

Our booklet What is a True Christian? is available, totally free of charge. Also, be sure to check out “What is the Greatest Love?” to learn about what so much of the world is missing but so desperately needs.