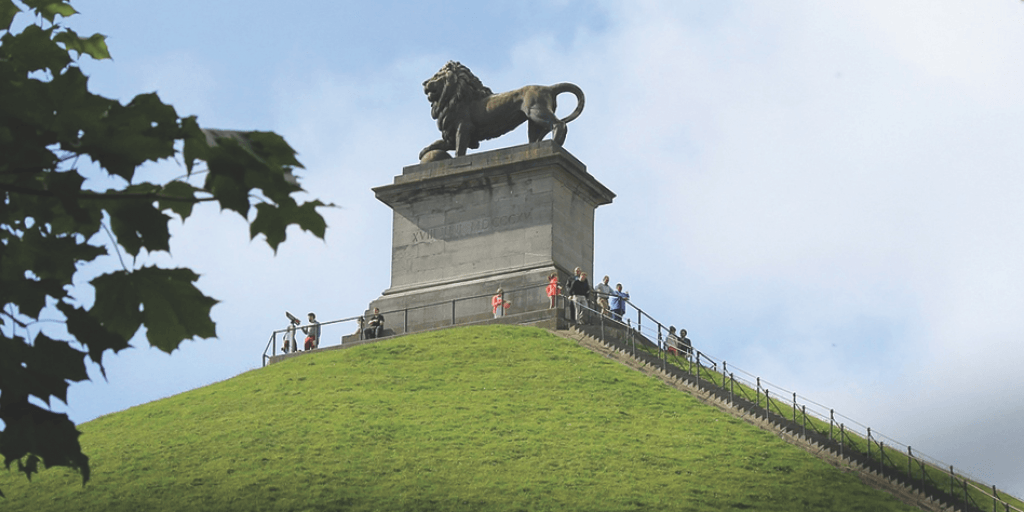 The Battle of Waterloo, which took place ten miles south of Brussels, was arguably one of the most important and historic of all European battles. It ended the French imperialistic ambitions that had convulsed much of Europe in armed conflict over the preceding 20 years and paved the way for Britain’s emerging global dominance as the foremost maritime nation and commercial superpower.

Why was the battle fought and what was the significance of this victory in relation to biblical prophecy?

Central to the story was Napoleon Bonaparte, who rose to prominence during the French Revolution (1789–1799), a period of immense social and political upheaval, inspired by liberal and radical ideas. What began as a republican movement rapidly became a military dictatorship when Napoleon seized power in 1799, later to be declared Emperor in 1804.

The revolution unleashed a wave of global conflicts, as France attempted to export its ideas far and wide. In Europe, France fought a number of so-called Revolutionary Wars, which continued under Napoleon as the Napoleonic Wars. Millions of soldiers died as French forces attempted to conquer all of Europe, thwarted by military coalitions formed to put an end to French aggression.

Britain provided pivotal financial support to fund these coalitions. As the UK historian Andrew Roberts explains, “For Pitt [British Prime Minister William Pitt the Younger] and his followers, unyielding opposition to the French Revolution, and later to Napoleonic France, was not only a moral and ideological imperative, it also made perfect geo-political sense in affording Britain the opportunity to replace France as the world’s hegemon. To that end, the Pittites in London funded a series of military coalitions against France” (Napoleon the Great, p. 42).

And so it was that at the beginning of June, 1815, Napoleon, with his experienced and hardened French troops, faced a coalition of European and British forces that would finally bring him down. The commander of the coalition forces was the Anglo-Irish Duke of Wellington, whose reputation was second only to Napoleon, and after a very close run and exceedingly bloody battle, in which as many as 50,000 soldiers died, Napoleon’s reign as French Emperor was over.

At least three powerful prophetic ramifications arise from this decisive battle. Firstly, it cleared the way to British world dominance as the new hegemon. God had promised that Jacob’s grandson, Ephraim, would give rise to a “great company of nations” (Genesis 48:14–20) and there is no better “fit” for the fulfilment of this prophecy than the British and their Empire.

Secondly, the short-lived French empire under Napoleon, we believe, fulfills the prophesied identity of the 5th Head of the “Beast” (a great political entity with world-ruling aspirations) ridden by the “Great Whore” (a religious organization seeking to use the “Beast” to gain influence, see Revelation 17:9–14). Napoleon was crowned Emperor in 1804, but as a result of his frenetic military and diplomatic activity, the Holy Roman Empire lost its reason for being and was dissolved in 1806.

Thirdly, the identity and character of France is center stage in this whole saga. Strong evidence points to the French (at least in major part) being the descendants of Reuben, the firstborn child of the Israelite patriarch Jacob. An ancient prophecy for “the last days” predicted that Reuben, “My might and the beginning of my strength, the excellency of dignity and the excellency of power” would be “unstable as water, you shall not excel” (Genesis 49:4). France could have become a lasting major world power, but this distinction went to Britain and America instead.

If you would like to know more about the prophetic importance of the Battle of Waterloo, read the article “Waterloo and the Rise of an Empire” in the May-June 2015 issue of the Tomorrow’s World magazine, and our booklet The Beast of Revelation: Myth, Metaphor, or Soon-Coming Reality? For more on Britain and America’s rise to power, please order our free booklet The United States and Great Britain in Prophecy.