Is This the Only Day of Salvation? | Booklets | Tomorrow's World 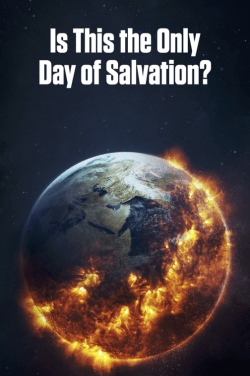 Is This the Only Day of Salvation?

Your own minister, through no fault of his own, may be blinded to the information this booklet contains. This world's ministers, by themselves, do not understand—indeed they cannot understand—unless or until they repent of following human tradition and let the inspired word of God fully instruct them on this issue and many other key biblical truths.

But you can understand if you are genuinely willing to believe what God says in His inspired word, the Holy Bible. The real answers have been there all along. But Satan the Devil is the "god" of this present world or society (2 Corinthians 4:3–4). Satan is described in your Bible as the "prince of the power of the air, the spirit who now works in the sons of disobedience" (Ephesians 2:2).

Satan the Devil "broadcasts" wrong ideas and attitudes in this world's atmosphere. As seen above, he is the "prince" of this world's atmosphere and influences human society and human behavior far more than most people even begin to realize. Satan confuses people about the plan and purpose of the Great God. The Apostle John was inspired to write: "So the great dragon was cast out, that serpent of old, called the Devil and Satan, who deceives the whole world; he was cast to the earth, and his angels were cast out with him" (Revelation 12:9).