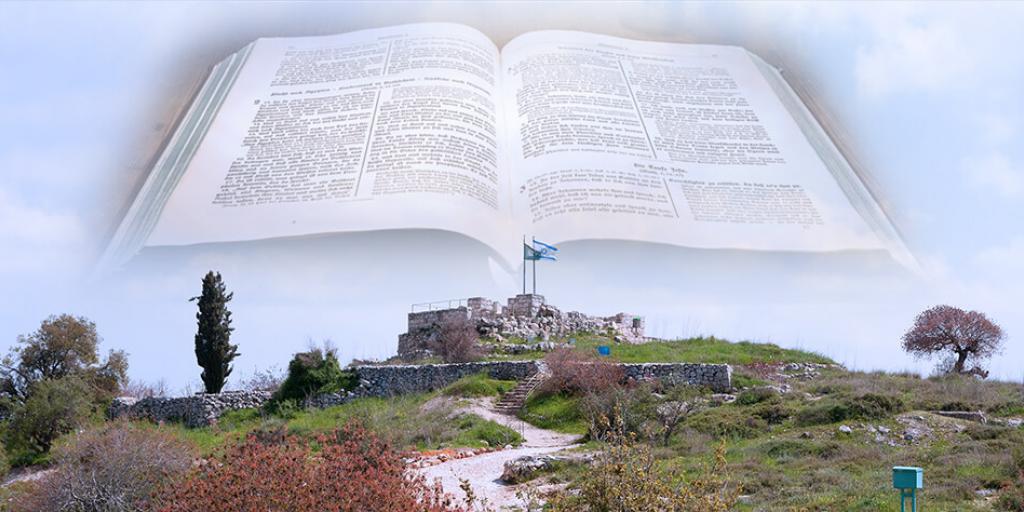 When you hear of prophecy, it immediately makes you think of the future. Those of us who believe the Bible is the inspired word of God often look towards the prophecies of God’s future intervention in world affairs to take heart in a troubled world. Reviewing scriptures about the return of Jesus Christ (Revelation 7), the resurrection of the saints (1 Corinthians 15), and the establishment of God’s peaceful kingdom on earth (Isaiah 2) is an encouraging study about the real hope for mankind.

While this focus is entirely appropriate, it is also helpful to remind ourselves that Bible prophecy has been fulfilled throughout history—even in the recent past! 50 years ago, the tiny nation of Israel won a conflict known today as the “Six Days War.” One major result of this war shows us an aspect of how God will fulfill His plan at the end of the age.

In early 1967, the world watched with increasing concern as Syria, Egypt, and (to a lesser degree) Jordan made provocative gestures towards Israel. Modern-day Israel was a relatively young nation—established in 1948 in part to give the Jewish people their historic homeland after the Holocaust atrocity. From day one, the Jews had to fight. The ancient land of Israel had been occupied for centuries by many different nations, and had been under Ottoman control until the end of World War I.

After World War I, the British took control of Palestine from the Ottoman Empire and began encouraging Jews to return to their Biblical homeland. As the Jews grew in numbers, they started to demand independence from the British Empire, despite the fact that the British maintained peace, however imperfectly, between the Jews and Arabs living there. Nevertheless, Britain agreed to withdraw, and the Arabs and Jews quickly went to war in 1948. The Jews were successful, but the Arab nations around them seethed as Palestinians were ejected from areas the Jews had been given or had conquered.

These feelings escalated over the next several years as both sides continued to arm themselves. The Arab countries sought aid from the Soviet Union, while Israel allied with the U.S. and Western Europe. The Jews felt they could not afford to lose, and prepared relentlessly for any eventual conflict. In 1967, when it became obvious that war was inevitable, Israel acted quickly and decisively. Their surprise attack destroyed most of Egypt, Syria, and Jordan’s air forces in a matter of hours, while their ground units went on the offensive. In six days, Egypt lost the Gaza Strip and Sinai Peninsula, Syria lost the Golan Heights, and Jordan lost the West Bank. Israel was stunned by its own success, despite its commitment and preparation.

And, while the speed of events caught most people off guard, those who study their Bibles were focused on one major prophecy that came to pass during this time—beyond all other successes, Israel also conquered the city of Jerusalem. Even when it was established as a nation in 1948, Israel did not have complete control of Jerusalem, the Jews’ holiest city. Muslims too believe Jerusalem to be a holy city, as do many Christians. However, since the rise of Islam, Jerusalem has (for the most part) been under Muslim control.

Yet, God’s word declares that Jerusalem will play a role at the end of this age due to the Jewish people’s presence. Zechariah 12:1–3 declare that Jerusalem will be troubled, but will perplex the nations who trouble it. Those who seek harm find it to be a “heavy stone,” while others will find it like a “cup of drunkenness.” And Jerusalem is prophesied to be a site of major battles at the end of the age. Zechariah 14:1–2 show that all nations will eventually attack and overwhelm Jerusalem. Yet, strangely, they only take half the city captive. Today, we see how this prophecy may be fulfilled: The Jewish half of the city will be taken captive while the Arab half will be allowed to remain. This prophecy only makes sense when speaking of a time when Jerusalem would be a mixed population, half of which are Jewish.

The Six Days War advanced prophecy in a major way by giving Jews control over the city of Jerusalem. While there are many prophecies yet to be fulfilled, those of us who believe the Bible should be reminded that God’s hand has been guiding world affairs to bring us all the closer to the end of this age.

Learn more by ordering the booklet, The Middle East in Prophecy today.