A Hole in the Fence | Tomorrow's World 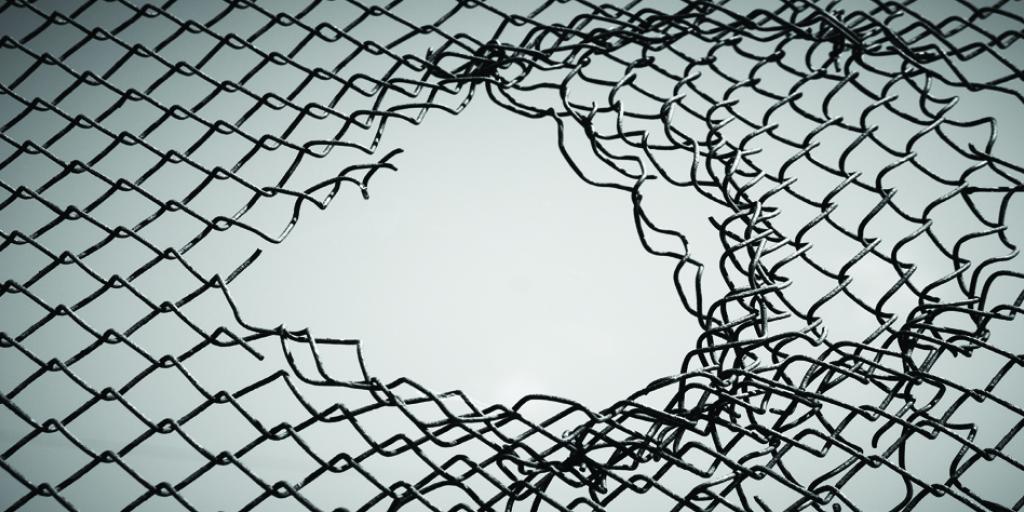 A Hole in the Fence

The dominant crisis now on the world scene is the massive influx of refugees crushing in on the borders of Eastern European nations. Tens of thousands of oppressed peoples from the Middle East and Northern Africa are clamoring to get into these countries. Most want to get to the European Union, which has accepted over half a million migrants and is now balking at accepting more. This intense pressure, financially and culturally, may reveal cracks in the fabric of the E.U. as member nations try to absorb the massive influx of poor, desperate people.

While the world is fixated on this humanitarian crisis threatening the stability of Europe, the southern border of the United States remains very porous. Like the situation in Europe, tens of thousands of people from Mexico, Central and South American countries and other parts of the world seek to cross the border into the U.S. This seemingly intractable situation has become a central issue in the upcoming presidential elections.

Some of the most memorable and moving images reported in the various media are the huge crowds pressing against the tall fences at the borders and checkpoints. The pressure sometimes results in a hole the fence and some desperate people squeeze through the opening and make their way to what they perceive as safety. When a breach is made, the flow quickly increases until the authorities can close the gap.

Of course, there are rules for legal entry into a country, but often the process is expensive and bureaucratic delays can take months or years. And, there is the human tendency to try to “beat the system,” to break the rules, to take a short cut—looking for a “hole in the fence” to gain entry.

While these problems and the vivid images of the suffering masses grab our attention, there is a spiritual parallel that should be considered. Various religions, including Christian denominations, have their own tenets of faith about the purpose of life, the hereafter, or the reward of the “saved.” All are undoubtedly sincere—but are they correct? Many think it does not really matter what you believe as long as you are “a good person.” Most people are not interested in the rules of the game of life. They want to do what is right in their own eyes. In doing so, they are simply looking for a “hole in the fence” to make it into heaven, or whatever their idea of the afterlife may be. But, is this possible? Actually, the Bible makes the answer very clear.

There is a rulebook. There are instructions. There is a plan. There are no “holes in the fence” that will allow one to make it into the Kingdom of God by their own devices. Jesus made that very plain. In John 10:1, Jesus used the analogy of the role of a shepherd to illustrate His role as Savior, “…I say to you, he who does not enter the sheepfold by the door, but climbs up some other way, the same is a thief and a robber.” Then in verse 9 He states, “I am the door. If anyone enters by Me, he will be saved….” Notice, there is no alternative entrance.

In the final chapter of the Bible we find this clear statement, “Blessed are those who do His commandments, that they may have the right to the tree of life, and may enter through the gates…” (Revelation 22:14).

As we watch the chaos and human suffering of the fleeing masses, we should have compassion for their plight. It should cause us to consider: How will it all turn out, and what will be the impact on Europe and eventually the entire world? There is a great plan unfolding that includes all mankind. Understanding this plan and what we should be doing for our own personal safety and spiritual salvation should be a priority as we face the future. Remember, there are no “holes in the fence” as you seek first the Kingdom of God and His righteousness.

You may find our free booklet Armageddon and Beyond instructive as you consider these important developments.