The challenge to follow God | Will you obey God's laws? 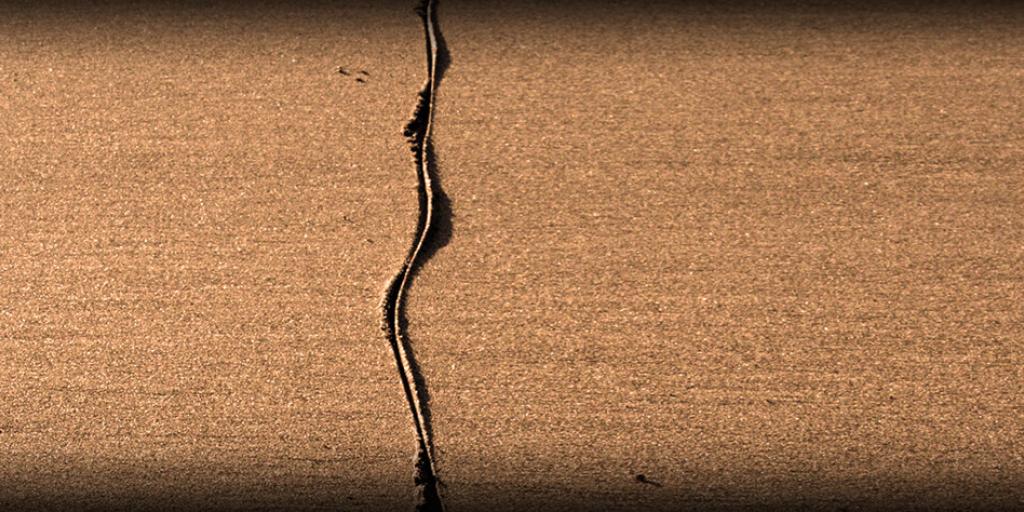 A Line in the Sand

In 1836, a very significant battle took place on the American frontier. In an old Spanish mission known as the Alamo, a poignant scene played out. As the sounds of “Toque a Degüello,” a battle anthem that signified “no quarter,” were heard from outside the mission walls, the besieged defenders knew that General Antonio Lopez de Santa Anna was giving notice that there would be no survivors if they did not promptly surrender.

The commander of the makeshift fort was Colonel William Travis. Legend has it that he assembled everyone within the fort and explained their dire circumstances and the imminent attack from the large Mexican Army. It is said that he took his saber and drew a line in the sandy soil of the fort and asked all who chose to stay and defend the Alamo to step over the line. Those who did not want to stay could leave while there was still time to escape. The story is that all but one person crossed the dusty boundary, choosing to stay, facing certain death. Jim Bowie, the legendary wielder of the Bowie knife, was ill and bedridden. He insisted that he be carried across the line in his bed. It was a decision with fatal consequences for all. Each man had his reasons for being willing to give his life. For some it was out of dedication to the cause; for some, it may have been for fame; for some of those intrepid frontiersmen, it may have been the simple fact that they were threatened, to which they did not take kindly. Such was the culture from which they sprang. But, decide they did, and their bravery and courage inspired others involved in the cause. Within a short time after this and other battles, the Republic of Texas was founded, which became the State of Texas in 1845.

Like these early settlers, our decisions have a great impact on our lives, physically and spiritually. The Bible has many examples of those who came to a point in their lives where an important, life-changing choice had to be made. One memorable account is found in the Book of Joshua. The Israelites had been delivered from bondage in Egypt decades before. Joshua led the people after the death of Moses. As they prepared to take possession of the “promised land,” Joshua issued this challenge to the people: “Now therefore, fear the Lord, serve Him in sincerity and in truth.… And if it seems evil to you to serve the Lord, choose for yourself this day whom you will serve.… But as for me and my house, we will serve the Lord” (Joshua 24:14–15). He set the example. Many followed him and made the right choice. Sadly, some did not.

Later, God dealt decisively with idolatry in Israel. He used Elijah to summon the priests of Baal worship, a destructive pagan religion, and challenged them to a contest. Could their god send fire from heaven to ignite their sacrifice? Through Elijah, God issued this powerful admonition to the Israelites who had assembled: “How long will you falter between two opinions? If the Lord is God, follow Him; but if Baal, follow him” (1 Kings 18:21).

As you read the articles, booklets, and study materials offered free of charge by Tomorrow’s World, at some point, you will come to a moment of decision. Like those defenders of the Alamo, and the Israelites on the threshold of the long-awaited Promised Land, a life-changing decision will be required. As Elijah was used to challenge those people who were following the false religion of their day, “How long will you falter between two opinions?”

The rewards for making the right decision are great in this life and the coming Kingdom of God. The wrong decision brings darkness now, and may even bar entrance into that kingdom.

Is this the moment of your “line in the sand?”