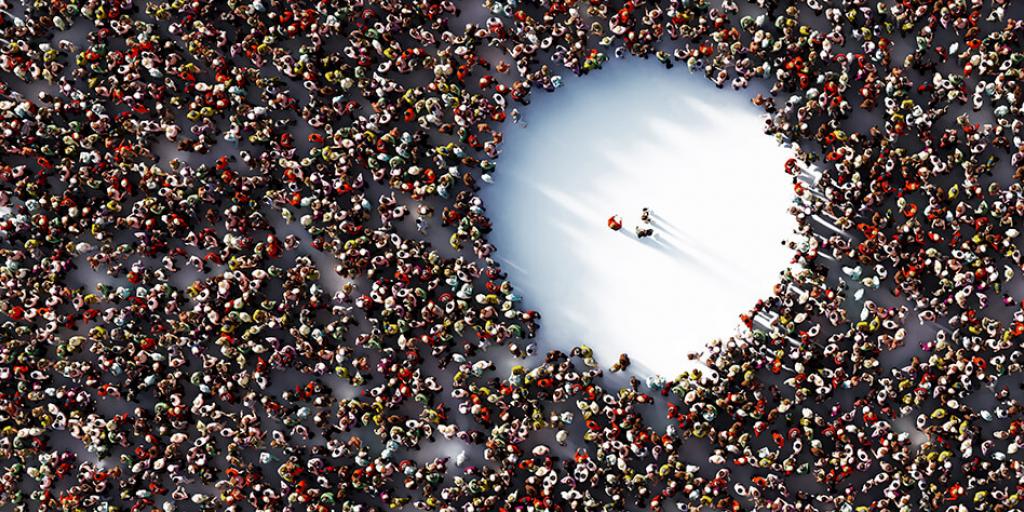 “The new normal” is an idiom expressing that a significant change has occurred and become commonplace. For example, in the last few decades, it has become commonplace for us to use personal computers and cell phones to now do much of our shopping online. That is a new normal. Many new “normals” are emerging, but are all of them good?

The term “new normal” may have first came into usage from those suffering a life-changing event, such as a devastating disease, injury, or severe trauma. That individual would be facing a “new normal”—a circumstance or hardship that makes things much different from what they were before the life-altering event.

Today the term has been applied to all kinds of societal changes. Those of us who are older, when we hear the term “new normal,” may suppose that people have to live at least a few decades to appreciate the significant changes that have taken place during their lifetimes. But considering how fast changes happen today, even young children are experiencing a “new normal.” Consider the impact of the COVID-19 virus pandemic, for example. Children are personally experiencing a new normal of social distancing and isolation from their friends, being unable to participate in former activities, and having to do their schooling online at home. Their new normal also consists of washing their hands frequently, seeing people wearing masks, seeing grocery stores be out of certain items, and perhaps hearing of people they know being hospitalized with the disease.

If we take a longer view, we can see that there have been many good changes since the start of the 20th century, such as widespread electricity, running water, central heating and air conditioning, modern transportation, and a long list of other improvements that enhance the quality of life for many around the globe. We certainly appreciate the many inventions and scientific and technological advancements that have improved daily life and given many societies a positive “new normal.” But we may not as easily discern changes taking place that are not good—changes that are taking humanity in a direction that will bring negative consequences.

Many things becoming commonplace today represent major deviations from the “normal” of just a few decades ago. Things that used to be considered abnormal have become commonplace and now are accepted by many as normal.

So we may think, “What is ‘normal’? Who determines what should be considered normal? Sociologists? Psychologists? Scientists? Politicians? Some think tank? Education? Government? Religion? And is “normal” the same as “right”?

The word “normal” means “conforming to a standard.” So the next logical question is, “What is the right standard?” Does God set the standard that tells us what is right and what is not—what should be “normal” and what should not be done?

God indeed tells us in His word what is right and normal in terms of the behavior He accepts. He tells us how we should live and conduct ourselves. He also describes what is going to happen in the end times, as well as how what is “normal” is going to change very significantly in the future—and not for the better. Things will go from bad, to worse, to the worst mankind has ever witnessed.

But God’s word also describes a subsequent utopia unlike the world has ever seen, which Christ will usher in when He returns to rule all nations of the earth. At that time, Christ will fill the earth with the knowledge of a “new normal,” a way of life that, by its very design, will lead to love, joy, peace, and happiness.

It sounds too incredible, doesn’t it? But God’s master plan is laid out in the Holy Days He gave millennia ago to ancient Israel. You can learn about these exciting subjects and more, right here at Tomorrow’s World.