Overcome adversity with faith and perseverance 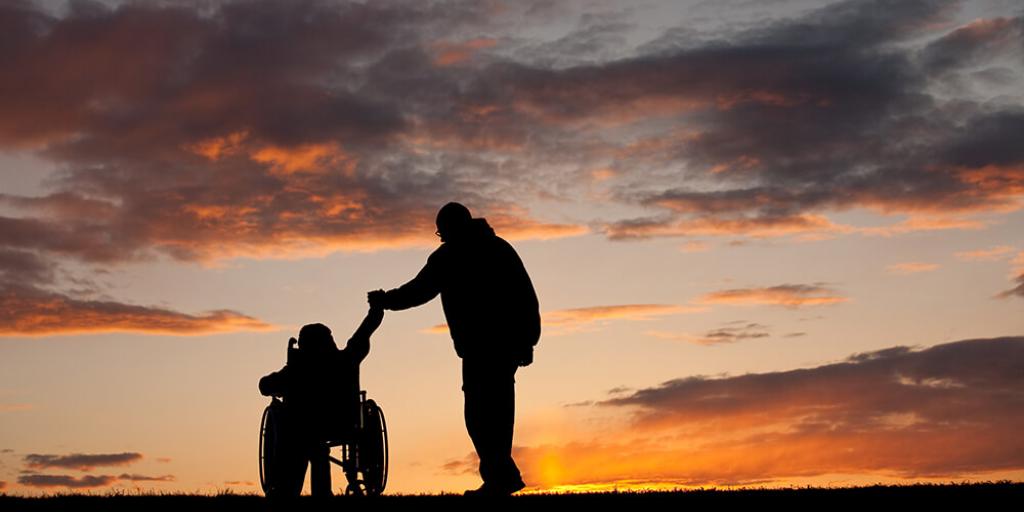 At a time when we are inundated daily with a tsunami of negativity and dark, foreboding developments around the nation and the world, a real-life story of courage and overcoming adversity is a welcome break in the weather. Such is the story of a man and his afflicted son who refused to be stymied by disability—and set a wonderful example of determination and perseverance to people everywhere.

When Rick Hoyt was born in Holland, Massachusetts on January 10, 1962, his parents received the devastating news that their son had cerebral palsy and would probably require institutionalization. His parents, Dick and Judy Hoyt, did not accept that recommendation and determined to raise their child to be as functional as possible—against all odds. Early on, his parents realized that, though severely physically handicapped and unable to communicate verbally, their son was an intelligent child. Through tenacious and innovative efforts, they taught him the alphabet and then to read. After being fitted with a special computer, he learned to communicate. To everyone’s amazement, he completed high school and graduated from Boston College in 1993 with a degree in special education. Boston College then employed him in helping disabled students.

Even with all these accomplishments, life was still limiting for Rick. In 1977, he asked his father if they could run in a race to raise funds for a handicapped student. While his father was not a runner, they did participate in the race. While running, Rick’s father pushed his son in a wheelchair. Rick loved it and told his father, “When I’m running, it feels like I’m not handicapped.” Thus began their odyssey.

Dick began to train, and “Team Hoyt” became a reality. Later, in other events, Rick was carried on a specially equipped bicycle. In swimming events, he was pulled, sitting up, in a boat. Over the years, Team Hoyt participated in 1,130 endurance events, including triathlons, Iron Man contests, etc. This included 72 marathons, of which 30 were the famous Boston Marathon. They even biked and ran across the continental United States, covering 3,735 miles in 45 days. At these events, they were always cheered on by crowds of spectators.

Dick Hoyt died on March 17, 2021, at the age of 80. “Team Hoyt” demonstrated that great accomplishments are possible, even in the face of overwhelming obstacles, if one has a clear goal, preparation, and persistence. This family’s outstanding example has encouraged and inspired thousands of people around the world.

While this story doesn’t have a religious angle, this amazing father-and-son team does illustrate some important biblical principles through its actions. Solomon, the wise King of ancient Israel, gave this timeless observation: “Whatever your hand finds to do, do it with your might; for there is no work or knowledge or wisdom in the grave where you are going. I returned and saw under the sun that—the race is not to the swift, nor the battle to the strong, nor bread to the wise, nor riches to men of understanding, nor favor to men of skill; but time and chance happens to them all” (Ecclesiastes 9:10–11).

Unforeseen circumstances happen to everyone, but it is our reaction and response to adversities that often determines the outcome. Proverbs 24:16 contains this gem of wisdom on the subject: “For a righteous man may fall seven times and rise again, but the wicked shall fall by calamity.” The Apostle Paul used a sports analogy involving a race to make an important point. “Do you not know that those who run in a race all run, but one receives the prize? Run in such a way that you may obtain it. And everyone who competes for the prize is temperate in all things. Now they do it to obtain a perishable crown, but we for an imperishable crown. Therefore, I run thus; not with uncertainty. Thus, I fight; not as one who beats the air. But I discipline my body and bring it into subjection, lest, when I have preached to others, I myself should become disqualified” (1 Corinthians 9:24–27).

Paul, the Apostle to the Gentiles, overcame many obstacles in his passion to spread the Gospel throughout the Roman world. You can read the details about his harrowing experiences during his far-reaching travels in 2 Corinthians 11:21–28. Paul embodied the principle found in Romans 12:21: “Do not be overcome by evil, but overcome evil with good.”

The Bible contains principles for overcoming adversity and for living a successful Way of life in a world that is off course and headed for great trouble. Like the inspiring example of “Team Hoyt,” a life of purpose and overcoming adverse conditions is possible. The Tomorrow’s World telecast, our many study guides, and the 24-lesson Bible Study Course are available, free of charge, to help direct your spiritual odyssey.