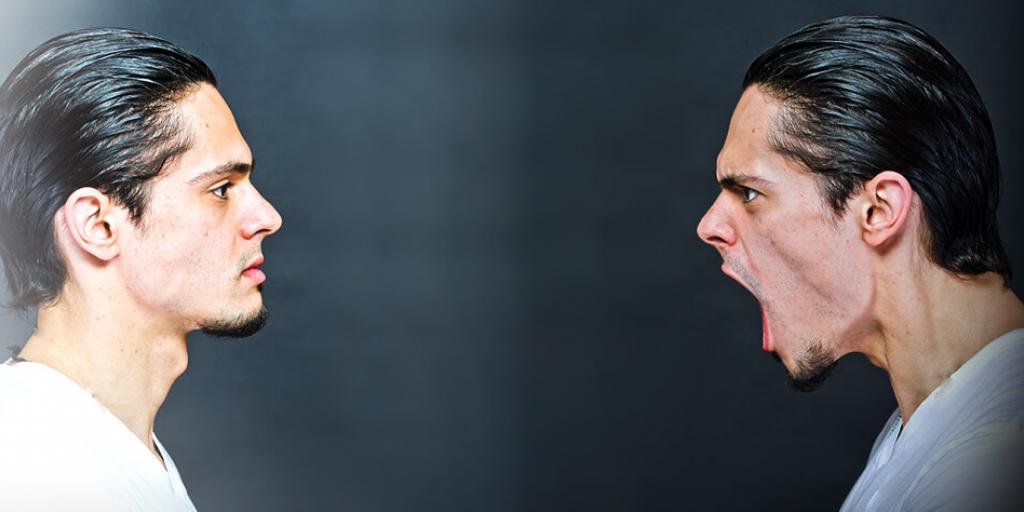 In the late 1800s, a young Scotsman became a successful and widely read author. Robert Louis Stevenson is best known for his colorful adventure novel Treasure Island, but he also wrote an allegorical tale about good and evil in 1886 in his best-selling book entitled The Strange Case of Dr. Jekyll and Mr. Hyde.

In this story, a respectable doctor becomes fascinated with “the dark side” of human experience with its unrestrained passions and depravity. He acted on his obsession and began experimenting with a way to release these dark tendencies, deceiving himself that it was for scientific observation. In doing so, he opened the door of his mind to unrestrained sensuality, physicality and other destructive tendencies. In effect, the doctor, using a potion that he concocted, released the evil nature that was within himself, mistakenly thinking he could control it. He could not, and in the story, it eventually caused injury and death to others, and ultimately cost him his life.

It seems that the author realized that within all of us there is the potential for unspeakable evil that must be restrained and overcome. Long ago, the Prophet Jeremiah also recognized this potential when he was inspired to write, “The heart is deceitful above all things, and desperately wicked; who can know it?” (Jeremiah 17:9).

In Mr. Stevenson’s tale, the character of Dr. Jekyll used a potion to release Mr. Hyde, his “dark side.” Actually, there is no potion, though some people abuse substances like alcohol or use drugs that remove their inhibitions, resulting in terrible things being done in a drunken or drug induced haze. But, apart from that, there is an attitude that will release the destructive tendency in human nature that is within all of us. This pernicious human characteristic or attitude is pride!

Yes, pride or vanity, which manifests itself in arrogance, conceit or self-righteousness. This attitude separates one from God. Solomon understood this when he wrote, “These six things the LORD hates, yes, seven are an abomination to Him: ‘A proud look, a lying tongue, hands that shed innocent blood, a heart that devises wicked plans, feet that are swift in running to evil, a false witness who speaks lies, and one who sows discord among brethren” (Proverbs 6:16–19). The other things in the list that God hates are the results of putting lustful pride and lack of concern for others into practice. The Book of Proverbs contains several gems of wisdom about avoiding pride. For example, “Pride goes before destruction, and a haughty spirit before a fall” (Proverbs 16:18) and “By pride comes nothing but strife…” (Proverbs 13:10).

This important subject is also dealt with in the New Testament. The Apostle Paul wrote to the Church of God in Rome about people's wicked attitudes, which were also personified by the evil character, Mr. Hyde, in the Stevenson story: “And since they did not see fit to acknowledge God, God gave them up to a debased mind and to do things that should not be done. They were filled with every kind of wickedness, evil, covetousness, malice. Full of envy, murder, strife, deceit, craftiness, they are gossips, slanderers, God-haters, insolent, haughty, boastful, inventors of evil, rebellious toward parents, foolish, faithless, heartless, ruthless” (Romans 1:28–32 New Revised Standard Version).

Happily, there is an antidote—a defense against this degenerate, destructive potential of human nature. It is the antithesis of pride. The Bible makes it plain that the characteristic that prevents and controls the dark side of humanity is humility. In His Sermon on the Mount, Jesus said “Blessed are the poor in spirit, for theirs is the kingdom of heaven” and, “Blessed are the meek, for they shall inherit the earth” (Matthew 5:3, 5).

Peter had much to say about humility, including, “Finally, all of you, have unity of spirit, sympathy, love for one another, a tender heart, and a humble mind” (1 Peter 3:8 NRSV).

Actually, The Strange Case of Dr. Jekyll and Mr. Hyde was not “strange” when we understand human nature and the fact that we must constantly resist the human tendency to allow pride, arrogance and conceit to influence us—as it did Mr. Hyde. An attitude of humility and love for your neighbor will avoid the problems caused by the “dark side” of human nature. Our booklets, our twenty-four lesson Bible Study Course and the Tomorrows World magazine will be a great help to you in accomplishing this Way of life. All our materials are available on our website, free of any charge.