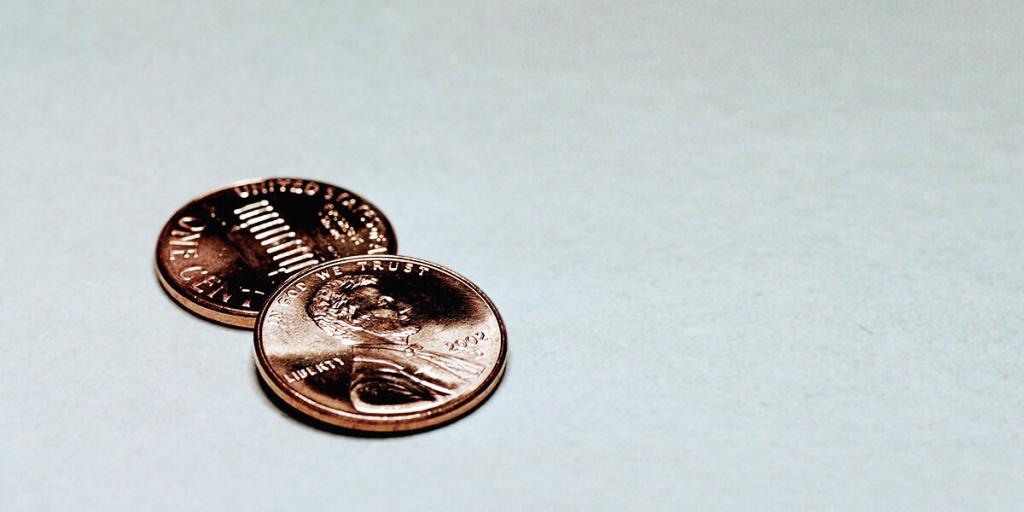 Pull two cents out of your pocket or purse. What is a cent or penny worth? It is only 1/100th of a dollar. But what are your “two cents” really worth?

We might hear someone say “That’s not worth two cents!” in describing some item they regard as almost worthless. This idiomatic expression is also illustrated when one offers an opinion when it wasn’t requested. We say, “Here’s my two cents’ worth.”

The limited value of the one-cent coin is sometimes less than the cost of producing it. Today, instead of the higher-priced copper, the penny is mostly made of copper-coated zinc, which is much less expensive. But even so, the U.S. and Canada have seriously considered ceasing to mint their one-cent coins, as it costs more to mint than the face value of the coin itself.

Of course, some one-cent coins are very valuable due to their numismatic, or collection, value. Some one-cent coins are worth thousands of times the face value due to condition and rarity. The most expensive U.S. penny, a 1943 Lincoln cent, was sold in 2010 for $1.7 million. It was accidentally minted on a bronze planchet rather than the zinc-coated steel planchet normally used during World War II.

One story in the Bible tells of the great value ascribed by Jesus Christ to two small bronze coins. These coins, called lepta (the plural of the Greek lepton), were worth 1/100th of a silver drachma coin. A lepton was a very small bronze coin, the lowest-value coin ever in circulation in Judea. They were not the finest workmanship; they were often stamped off-center, and their weights were inconsistent. Crudely struck, images on the coins were not preserved well; today it is rare to find a lepton with its smallest details preserved (such as the Hebrew lettering inserted between spokes of a wheel depicted on the coin). Alexander Jannaeus, the Hasmonean King of Judea from 103–76BC, minted these coins, which you can buy today for as little as $10 or for more than $1,000 each, depending on how well preserved the coin may be. You can also find replicas for sale.

The Greek word lepton is often translated as “mite” (a small British coin) or simply, “small copper coins.” The account of Jesus’ remark about two of these small coins is found in Mark 12:41–44: “Now Jesus sat opposite the treasury and saw how the people put money into the treasury. And many who were rich put in much. Then one poor widow came and threw in two mites, which make a quadrans [the smallest Roman coin]. So He called His disciples to Himself and said to them, ‘Assuredly, I say to you that this poor widow has put in more than all those who have given to the treasury; for they all put in out of their abundance, but she out of her poverty put in all that she had, her whole livelihood.’”

Jesus placed a very high value on the widow’s “two-cent” offering. While the monetary value was very small, the value of her offering was accounted as great by Jesus.

Neither the account in Mark nor the parallel account in Luke 21:1–4 say anything further about the unnamed widow or her offering. Perhaps we are left to ponder the many questions this story fosters in our own minds. Questions such as:

This is a remarkable true story about two cents. It is something to think about.

The Bible is filled with instructions that will change your perspective on life and prepare you for your eternal destiny. To sign up for the Tomorrow’s World Bible Study Course, go to TWBibleCourse.org—you can take the course online or order it in print, absolutely free!