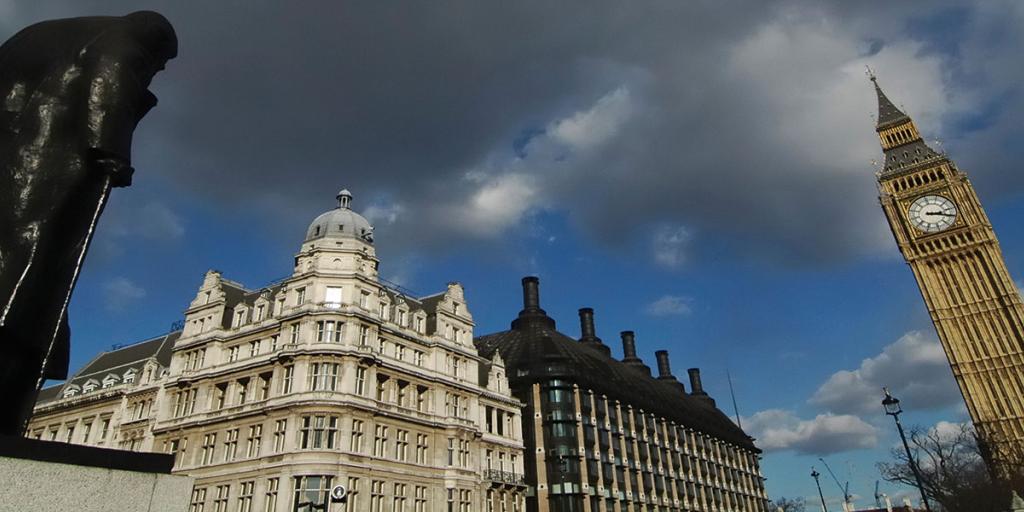 The last week of January 2015 marks the 50th anniversary of the death and burial of Winston Churchill, Britain’s great wartime Prime Minister. Churchill is revered as the leader who galvanized British resistance to Nazi Germany, and is remembered for his indomitable spirit and commitment to fight to eventual victory—no matter how slim the chances may have seemed. He is also remembered for possessing a profound sense of personal destiny, something which colored his entire life.

Biographers record that when Churchill was a teenager at school, he and some friends were discussing what they would become as adults. Churchill’s answer was simply extraordinary: he would one day save London, the nation and the world! At such an age, amongst the banter and bravado of youth, such a vision could be lightly dismissed as just so much hot air. However, later in his life this is precisely what transpired!

After a successful run in high office during the 1920s, Churchill was out of office during most of the 30s, and was a lone “voice in the wilderness” warning against Nazi intentions. But on the eve of World War II, he was brought back into the War Cabinet and appointed First Lord of the Admiralty, responsible for the navy. Eight months later, on Friday May 10th, 1940—coincidentally the moment the Nazis invaded France—Churchill was made Prime Minster. He wrote: “I was conscious of a profound sense of relief. At last I had authority to give directions over the whole scene. I felt as if I was walking with destiny, and that my past life had been but a preparation for this hour and for this trial” (Paul Johnson, Churchill. Viking Adult, 2009. p. 106).

In the dark days of May and June 1940, when all seemed completely lost, it was Churchill, now at last at the very apex of the power he craved, who insisted that, whatever the outcome of the seemingly relentless and unstoppable Nazi onslaught, Britain would continue to fight on and never, ever surrender! Eventually a courageous and unbending Britain would prove victorious.

This was a message that, like some vast lightning bolt, struck through Parliament and across the airwaves, resonating with the mood of the nation, stiffening resistance, galvanizing the war effort—and instilling hope!

And the rest is history. God was the one who ultimately enabled freedom and liberty to prevail over evil and tyranny (in accordance with his covenant promises to Abraham). But, after the war was won by the grand alliance of the Allied forces and the facts soberly assessed, the conclusion is that humanly, it was Winston Churchill who saved Britain. No one else could have done it. By the grace of God, his lifelong sense of destiny had been fulfilled.

God’s calling is simply God’s invitation! To “an inheritance incorruptible”; to “salvation” or eternal life in God’s growing spiritual family (1 Peter 1:3–9); to be “partakers of the divine nature” (2 Peter 1:2–4); to reign with Jesus Christ when He returns to establish his 1000-year, world-ruling kingdom on earth—and beyond (Revelation 5:10; 20:4).

Do you really know, deep inside that this is your spiritual destiny? Does it guide your every thought and action? Are you assiduously preparing yourself for this future role? One day it could be you, who under Jesus Christ, helps save your city, your nation and the entire world. This is no more far-fetched than Churchill’s sense of historic destiny—except this destiny is far more solid and reliable, on a truly colossal scale because it is the express Will of God and the inviolable message of God’s Word. If you would like to learn more about this awesome future and your part in it, order our free booklet Your Ultimate Destiny and watch the Tomorrow’s World telecast “Is God Calling You?” You’ll be eternally glad you did!