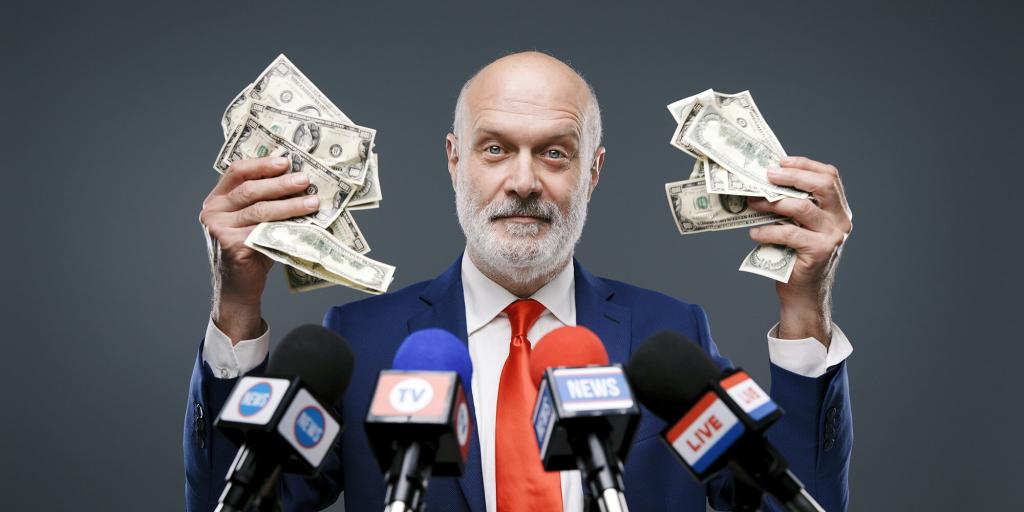 Corruption is fraudulent conduct, criminal abuse of power for private gain, or a process of changing into something impure, improper, dishonest, and debased—and it seems to be everywhere these days.

We read of corruption occurring in all nations throughout history and continuing to the present day. We watch news stories of individuals in positions of power engaging in various kinds of corruption, such as graft, bribery, extortion, theft, cronyism, patronage, influence peddling, collusion, price-fixing, contract extortion, and bid-rigging. When the level of corruption becomes egregious and intolerable, a “whistleblower” may be compelled to expose it, or the public at large may be energized to act against those responsible.

Corruption can infiltrate any human activity or institution, including the home, government and private industry, schools and colleges, the military and the arms industry, immigration and border security, foreign and humanitarian aid, airports, and prisons.

Corruption in leaders is particularly despised by the public because leaders have been entrusted with authority to be used for the good of the people. Corruptors have wrongly used their power for personal gain at others’ expense, and so they fall into disfavor when the corruption is discovered. Corruption may even threaten the security of a business or a nation.

The free press was, in theory, supposed to expose corruption in an open and free society. But what happens when the press itself becomes corrupted? And can the justice system be corrupted? Or legislatures? Or charities? Or religious institutions? What happens when corruption grows and dominates the culture of a society?

Genesis 6 shows us one example of the consequences of a society growing too corrupt. “Then the Lord saw that the wickedness of man was great in the earth, and that every intent of the thoughts of his heart was only evil continually” (v. 5). The Lord was sorry He had made man because of how corrupt and violent man had become. He decided to destroy mankind, save for Noah and his family (vv. 5–14). Most know the story of the ark and the flood.

Another example of wholesale corruption occurred after the Lord used Moses to free the children of Israel from the slavery of Egypt. The Israelites quickly corrupted themselves and built a golden calf, saying that it was the god who had brought them out of Egypt! The Lord was ready to destroy them, but Moses pleaded for them. Even so, about 3,000 died that day (Exodus 32). In fact, many times Israel was corrupted from following God and His way and suffered the consequences (e.g. Deuteronomy 31:29; Judges 2:19).

In the New Testament, the Apostle Paul warns the Church about being corrupted from the way of life Jesus Christ taught. 2 Corinthians 11 warns Christians not to be seduced by Satan’s cunning trickery nor to let their minds be corrupted from Christ. Paul warns them about a “different gospel”—a false gospel that neither Christ nor the Apostles preached.

Paul explained to the Ephesians that we must abandon our “former conduct,” which was corrupt, and instead walk in righteousness and holiness (Ephesians 4:17–24). That is a very good plan. It is far better than being destroyed for our corruption!

1 Corinthians 15 states simply and plainly that “flesh and blood cannot inherit the kingdom of God; nor does corruption inherit incorruption” (v. 50). So, we need to avoid corruption and evil influences that cause corruption (v. 33), and to withdraw from those who are corrupt (1 Timothy 6:3–5).

The good news is that an incorruptible leader is coming soon to stamp out corruption. Read about it in our free booklet The World Ahead: What Will It Be Like?