Don’t Look Down on the Small Things | Tomorrow's World 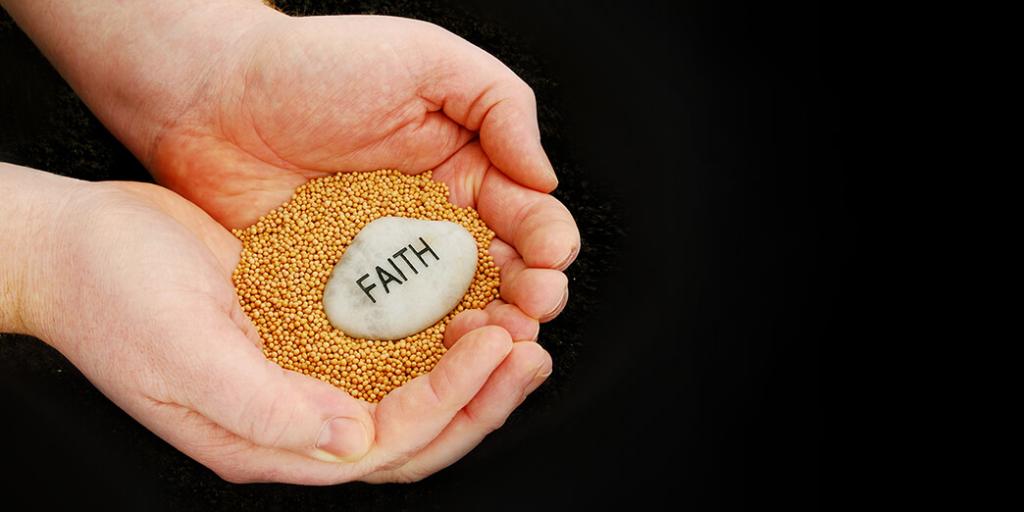 Don’t Look Down on the Small Things

It is natural for people to be impressed with big things and disregard small things. However, small and insignificant things may become great. There are many examples, including some in the Bible, that illustrate this truism—that great things often have humble beginnings.

A century-old saying is: “Tall oak trees from little acorns grow.” Indeed, a small seed can grow into a giant tree. From this example alone we should learn the lesson.

Nearly 2,000 years ago, Jesus Christ spoke two parables about the tiny mustard seed. One parable compared the kingdom of God to a miniscule (1 to 2 millimeters in diameter) mustard seed that grows into a “tree” large enough for birds to nest in its branches (Luke 13:18–19). A mustard bush can grow from 6 to 30 feet, depending on the variety and growing conditions. Not bad for such a tiny seed!

In another parable, Jesus encouraged His disciples to have faith comparable to a tiny mustard seed, by which faith one could command a mulberry tree to be pulled up and planted in the sea (Luke 17:6).

Christ also taught disciples the Parable of the Minas in Luke 19. A king went to a far country to receive a kingdom and to return. He gave each of his servants a mina to invest. The exact value of a mina has never been determined, but it was certainly not a great sum of money with which to trade or invest. To those who did well, the nobleman said, “Well done, good servant; because you were faithful in a very little, have authority over ten cities” (v. 17). That’s quite a good return on investment for simply being faithful “in a very little.”

We’ve all heard of multi-million- and billion-dollar companies that began humbly in someone’s garage or basement. Small beginnings can develop into successful enterprises.

There’s an interesting statement found in the Old Testament writings of the prophets, in Zechariah 4:10: “For who has despised the day of small things?” Cyrus, ruler of Medo-Persia, which conquered Babylon in 539 BC, released the Jewish exiles to return to rebuild Jerusalem and the temple of God. It was a daunting task, beset by enemies who opposed the project and plagued by the discouragement of those who had seen the glory of Solomon’s original temple, and who compared the new effort to it unfavorably. But, by God’s will, the great undertaking was accomplished.

A human egg cell is about 0.1 millimeters. Each of us came from one such single cell, which multiplied many times over until we were born. A humble beginning, though an incredibly marvelous one, and we become fully functioning human beings. Amazing!

Once upon a time, there were only two humans: Adam and Eve. Now look at the world population! And that’s after a global flood leaving only Noah and his family, saved in the ark, and numerous plagues, wars, and disasters for millennia. From those eight people came all the people we have on the earth today.

Abraham and his wife, both aged, finally had the son God had promised them. From that humble beginning come the nations of which Abraham is the father (Genesis 17:5, 22:17, 32:12; Exodus 32:13). Hundreds of millions of people descended from them.

After the coming Apocalypse, the tiny seed—the Church of God founded by Jesus Christ, His “little flock” (Luke 12:32)—will fill the earth when Christ returns as conquering King. He will restore the devastated planet, re-establish and rebuild the nations of Israel, and bring salvation to all nations of the earth. Isaiah 60 describes part of the glorious restoration Christ will bring to the earth: “A little one shall become a thousand and a small one a strong nation” (Isaiah 60:22). Isaiah also said, “Of the increase of His government and peace there will be no end” (Isaiah 9:7).

So, never look down upon the small things. They may become great.

For more about the good news of Christ’s coming kingdom, read our free booklet The World Ahead: What Will It Be Like?