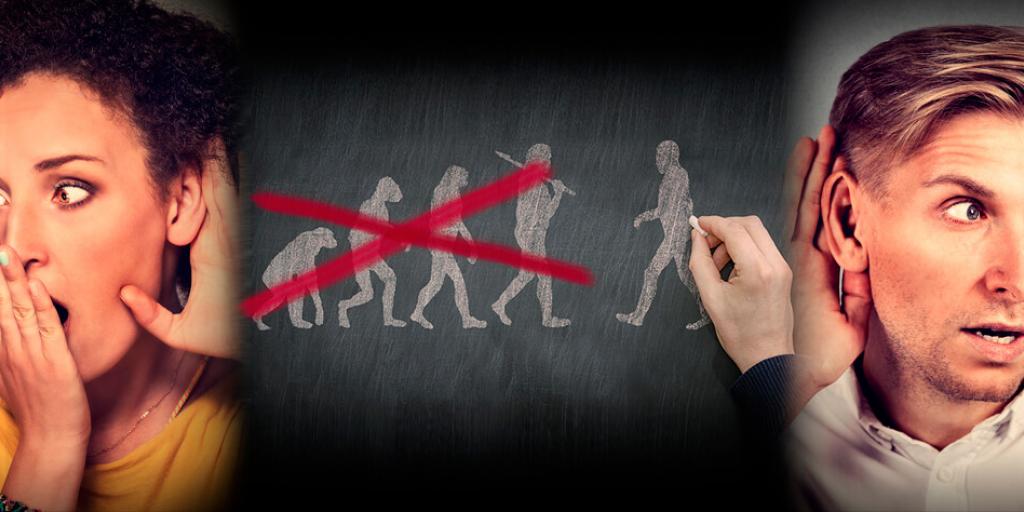 "Did you hear about so-and-so?" Ears perk up, heads turn and attention is grabbed when we hear those words. We know we are about to hear something private and scandalous about someone we know. Psychologists say gossip has evolutionary origins with our prehistoric ancestors and enabled cavemen, and even their supposed primate ancestors, to survive. What are the real facts about gossip?

In the past couple of decades, psychologists have studied the subject of gossip. Naturally, like so many other fields of science, the approach taken is from the perspective of evolution. It is speculated that in the distant past, humans lived in small bands and met strangers rarely. Gossip is said to be an evolutionary adaptation which enabled our ancestors to survive in prehistoric environments. The popular, never-ending pursuit of celebrities is said to be an inevitable outcome of the collision between 21st century media and Stone Age minds.

For example, Robin Dunbar, Director of the Institute of Cognitive and Evolutionary Anthropology, University of Oxford, and formerly Professor of Evolutionary Psychology at the University of Liverpool, wrote a book titled, Grooming, Gossip, and the Evolution of Language. He suggests that gossip is a mechanism for bonding social groups analogous to the grooming found in primates. So I guess that's why gossip is often just so much nit-picking!

Evolutionary psychologists suspect that they have stumbled on a vital aspect of human nature when it is shared by people across times and cultures. They conclude it became part of our human nature through evolution. Though it is admitted it may seem a bit far-fetched, they say our prehistoric ancestors lived in small groups and knew everyone, so it was necessary to cooperate, and when it came to available resources, they had to adapt. Gossip was thought to be necessary to remember who cooperated and who did not, and who could be trusted and who could not. It is concluded that gossip had to have evolved in order to share this information. So evolution “equipped” the cavemen and cavewomen with the ability to gossip, “selecting” those who had developed this ability. Gossipers survived, and non-gossipers did not, and I guess that is why there is so much gossip today.

It seems that the scientific method of gathering facts, especially about “evolution,” got lost along the way, since it all appears to be just so much speculation. Perhaps facts and evidence are not important with this subject since they are not important when it comes to gossiping, either.

What are the results of gossip? In the workplace, gossip results in wasted time, hurt feelings and embarrassment, damaged repuations, and division or factions. In social groups and families, the negative consequences are much the same.  Proverbs 18:8 says: “The words of a talebearer [gossip] are as wounds, and they go down into the innermost parts of the belly” (KJV).In Paul’s epistle to the Romans, he mentions those who do not like to retain God in their knowledge. He includes whispering and backbiting in with a list of other sins, and concludes by saying those who commit such sins are worthy of death (Romans 1:28–32).

Sounds serious to me.

The book of Proverbs offers wisdom on the subject. It says in Proverbs 11:13 that a talebearer reveals secrets, but one who has a faithful spirit conceals a matter. If we are trying to practice the tenet of loving our neighbor as ourselves, shouldn’t we take this approach, and not pass on idle gossip? And one further piece of advice from scripture says we should let no corrupt communication proceed out of our mouth, but that which is good and edifies, or builds up (Ephesians 4:29).

Obviously, if we are engaging in gossip, we need to change. For more on this important subject, read the Tomorrow's World article “Choose Civility!”