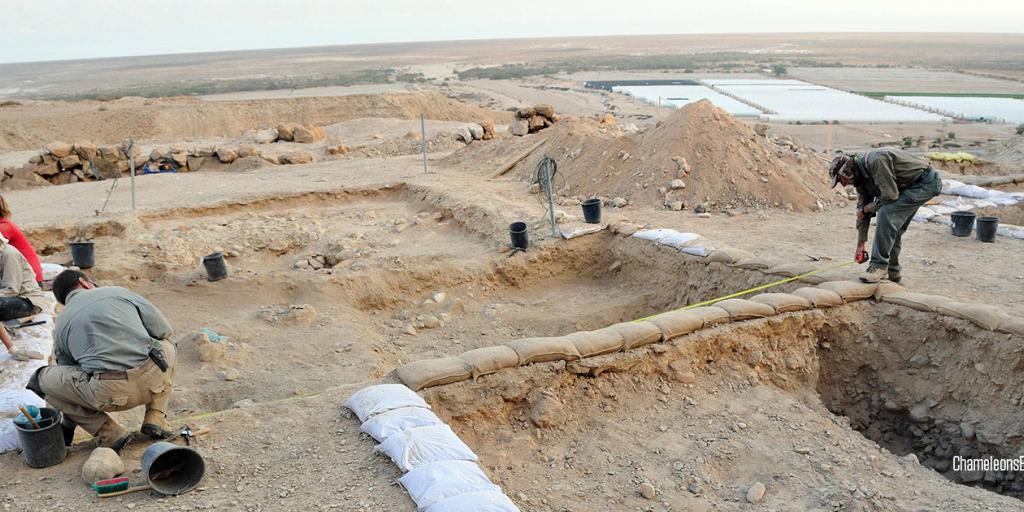 An exciting discovery of biblical and historical importance was recently made in an ancient dumpsite in East Jerusalem. Controversy has swirled around this discovery, as around other archeological discoveries in Israel, because many enemies of Israel and skeptics of the Bible often see archaeological digs as attempts either to uphold Jewish claims to the Holy Land or to uphold the authority of the Bible. However, despite the critics and the skeptics, this recent discovery tells a piece of ancient and true history, and we see yet again another piece of evidence validating the inerrancy of Scripture.

What was found in this ancient dump near the old Jerusalem city walls? A ½-inch-wide clay seal—or bulla—estimated to be about 2,700 years old. This ancient, royal seal is the first to be found in modern times of an Israelite or Judean king. Its front includes the inscription: “Belonging to Hezekiah, son of Ahaz, king of Judah.” It also includes an image of a two-winged sun, accompanied by two ancient ankh symbols on either side, and the presence of seemingly Egyptian-influenced imagery on an artifact belonging to Hezekiah’s reign has puzzled some.

The exact chronology of Hezekiah’s reign, chronicled in 2 Kings 18 and 2 Chronicles 29, is difficult to establish with certainty. Some scholars use the account of the Assyrian siege of the northern Kingdom (2 Kings 18:9–10) to place Hezekiah’s reign from about 728bc to about 699bc. Other scholars, however, in light of Assyrian records showing Sennacherib on the throne in 705bc and his Judean campaign in 701bc, place Hezekiah’s reign much later, in 715bc (cf. 2 Kings 18:13). This likely indicates that Hezekiah came to the throne as a co-regent with his father in 728bc, then became sole king in 715bc.

We know that Hezekiah was a righteous king who lived in a very tumultuous time. Scripture tells us that he removed paganism and idolatry from the land, and that he attempted to reestablish true worship of God (2 Kings 18:1–4). 2 Kings 18:5–6 records that “after him was none like him among all the kings of Judah, nor among them that were before him” and that he “held fast to the Lord” and kept His commandments.

Thus, it seems probable that Hezekiah at first reigned jointly with his unrighteous father Ahaz, and that this recently discovered seal was struck during or very shortly after their co-reign. The inscription specifically calls Hezekiah “the son of Ahaz,” which would have been typical of a newly ascended king asserting dynastic legitimacy, and even more so if he were co-regent with a still-living father. Additionally, scripture is very clear that King Hezekiah removed idolatry from the land—so it is doubtful that as sole ruler he would have used the ankh symbols.

Of course, Hezekiah’s seal is not the only archaeological evidence of this ancient king. There are other references to Hezekiah found outside of the Bible, such as Sennacherib’s Prism, which can be found today in the British Museum. This hexagonal, clay prism was discovered in 1830 in ancient Nineveh, capital of the Assyrian Empire during Hezekiah’s day, near modern-day Mosul in Iraq. This ancient prism describes the conquests of the mighty Assyrian king, Sennacherib and records that his powerful army conquered 46 of Hezekiah’s walled cities, shutting Hezekiah up “like a caged bird” when Jerusalem was besieged.

The Bible records that it was this same Assyrian army, camped outside Jerusalem, that an angel of the Lord visited and in one night killed 185,000 soldiers (2 Kings 19:35)! And, while neither Herodotus nor Josephus give credit to God, both note in their histories that some mysterious event or “plague” unexpectedly devastated Sennacherib’s army when it was outside Jerusalem!

We do not need archeological evidence to prove that the Bible is inerrant and true. But, just like Sennacherib’s Prism, and now Hezekiah’s Seal, the more time that goes by, the more archaeological discoveries validate the inerrancy of Scripture. For more on the authenticity of the Bible, please order your own free copy of The Bible: Fact or Fiction? or read it online.