Is it Good or Evil? | Tomorrow's World 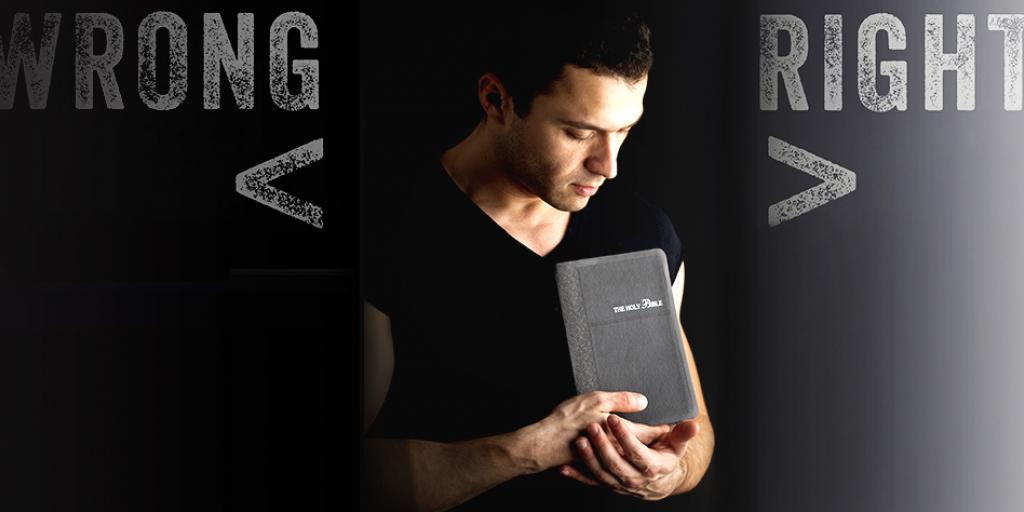 Is it Good or Evil?

How do you decide whether or not something is good or evil? Do you feel like such concepts matter in an “enlightened” society? Perhaps the doctors of philosophy, psychology and sociology are the most qualified to make the determination? Or perhaps you believe you can determine for yourself what is good and what is evil?

Some might answer that an “enlightened” society says this or that item is good, that the old ideas about this or that being a sin are archaic, the vestiges of closed-minded patriarchs or controlling priests and prophets who superstitiously feared the wrath of an angry god.

Some modern thinkers might say it is “hateful” to put negative labels on these activities. They would say that it is okay and perfectly normal for people to “live together” (fornication), to view pornography or have an affair (adultery). “Enlightened” society says it is okay to have an abortion (murder an unborn child), to engage in homosexual activity and allow homosexual “marriage.” Some modern thinkers say prostitution should be legalized so the health of the sex workers and their patrons can be ensured. “Enlightened” society says lying is okay if you don’t hurt anybody and if you do it to spare someone’s feelings, in which case it is then good.

Some say that cheating on your taxes or stealing from your employer is okay because it doesn’t really hurt them—they are rich and will never miss it. Having your fortune told and dabbling in various forms of spiritism and witchcraft (fortunetelling, séances, etc.) is just “harmless fun.” Getting drunk is okay as long as you don’t drink and drive or otherwise harm someone. To have an idol of Mary, a saint, Buddha or Krishna in your home or car is okay—it’s just a psychological crutch.

But what matters more? What “enlightened” society says, or what the Creator God says? Perhaps some think that God has “changed with the times” and become more modern in His thinking as society has developed and now approves of things He used to condemn. But has the Eternal, living God “mellowed with age” and become more tolerant in this modern era?

God says He does not change (Malachi 3:6). Jesus Christ is “the same yesterday, today, and forever” (Hebrews 13:8). In the last book of the Bible, the Revelation of Jesus Christ, He says that “The cowardly, unbelieving, abominable, murderers, sexually immoral, sorcerers, idolaters, and all liars shall have their part in the lake which burns with fire and brimstone, which is the second death” (Revelation 21:8). Want to take a chance and go with “enlightened” society?

Is modern society really “enlightened”? Or is society actually deceived, being blindly led into futile foolishness and being “filled with darkness”? (Romans 1:21–22).

Isaiah the prophet warned ancient Judah, “Woe to those who call evil good, and good evil;
who put darkness for light, and light for darkness; who put bitter for sweet, and sweet for bitter! Woe to those who are wise in their own eyes, and prudent in their own sight!” (Isaiah 5:20–21) The prophet Jeremiah warned the leaders and people of Judah and called them foolish, silly children with no understanding, “wise to do evil, but to do good they have no knowledge” (Jeremiah 4:22). Is that what is happening today? Evil things being called good, and good being called evil?

The Bible says “men loved darkness rather than light because their deeds were evil” (John 3:19). But Christ came as a light into the world so that we should not live in darkness (John 12:46). Followers of Christ are told to “cast off the works of darkness” and “put on the armor of light” (Romans 13:12). We need to follow Christ to know what truly is good and what is evil.

For more on this subject, you may find these Tomorrow’s World magazine articles helpful: “Promoting Evil, Condemning Good!” and “How Satan Seduces YOU!” and the booklet, Satan’s Counterfeit Christianity.