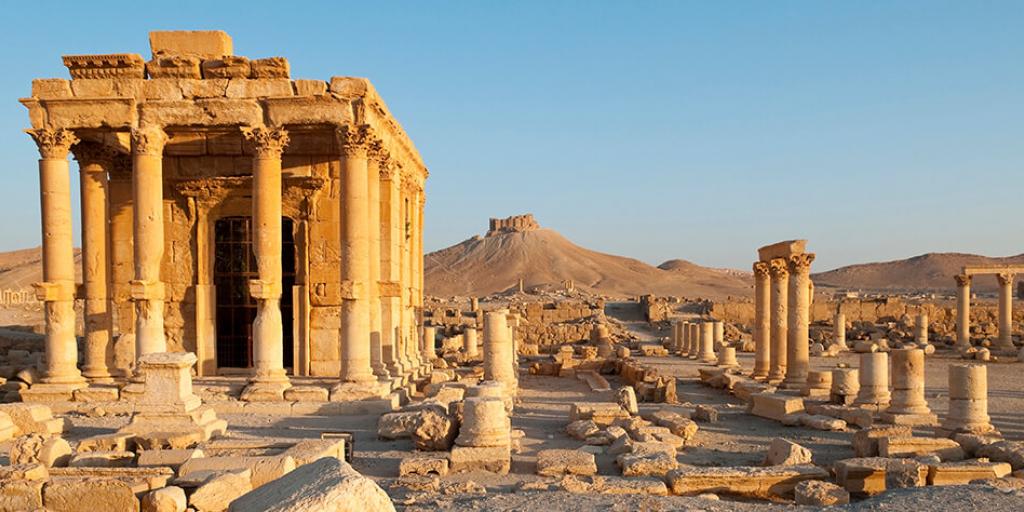 The idea that modern society is influenced by idolatry seems ludicrous. Surely, most educated people have moved beyond behaviors that involve paganism—haven’t they? Hasn’t scientific progress liberated people from ancient superstition?

You may think, “This is a pretty safe subject for me. I’m certainly not influenced by idolatry!” Don’t be too sure. The Bible makes it obvious that idolatry dogs mankind’s heels in every age.

Early Christians were certainly warned to not let their guard down. The Apostle Paul instructed the church in the cosmopolitan city of Corinth, “Therefore, my beloved, flee from idolatry” (1 Corinthians 10:14). The Apostle John wrote, “Little children, keep yourselves from idols” (1 John 5:21). The Book of Revelation shows that some of the churches it mentions had problems with idols—and those idols are still with us today, as we’ll see.

An evil being promotes false beliefs for the specific purpose of coming between the Creator God and mankind. This being, once called Lucifer, is a fallen angel filled with overweening pride. He has attempted to thwart God’s purpose for mankind from the beginning (Genesis 3:1–4; Revelation 20:1–3), and was thrown to Earth and renamed Satan (Adversary) for his own sins (Luke 10:18).

Anciently, Satan was very successful in influencing individuals and entire nations to forsake God’s instructions and engage in abominable practices, resulting in catastrophe and enslavement. He is still at it today (1 Peter 5:8; Revelation 12:9). Satan’s devious schemes have worked so well that he has never changed his methods or message. He continues apace, albeit with different names and packaging. He is subtle and will not appear as evil. Paul put it this way: “Satan himself transforms himself into an angel of light. Therefore it is no great thing if his ministers also transform themselves into ministers of righteousness, whose end will be according to their works” (2 Corinthians 11:14–15).

Realizing this, we should be on guard to recognize the satanic ideas still dominating life today, such as pagan celebrations masked as Christian holidays, reverence for religious icons and relics, and other spurious practices. But idolatry’s pervasive influence goes even deeper. Take the most prevalent form of idolatry practiced anciently—Baalism. Is it possible that the tenets of Baal worship have survived, and are practiced today under different names? To find out, let’s look at the three main aspects of Baalism.

Baalism involved rampant sexual deviancy, including female and male prostitutes as an integral part of its religious practice. This cult of fertility pandered to its participants’ lust and was very popular as a result. Its emphasis on profligate sexual activity resulted in emotional instability and physical disease.

In addition to these abominable activities, these ancient peoples worshiped the creation rather than the Creator. The earth, seasons, Sun, Moon, constellations—all were idolized and personified (Romans 1:20–31).

“Well,” you may think, “that’s interesting history, but what does it have to do with us today?” A glance at our world shows that the practices of Baalism are still prevalent.

Overwhelming sexual immorality permeates our culture. Marriage and family are often cast aside, while much of society approves of what the Bible condemns as fornication. Homosexuality and gender confusion have become civil “rights.” Pornography, pedophilia, and human trafficking dominate the news. Sexually transmitted diseases are rampant and increasing in both frequency and severity. Ancient Baal worshippers would be right at home today.

The murder of unborn infants is also now a civil “right.” Unwanted pregnancies result in abortions, even late-term abortions, by the millions, creating an ugly, shameful stain on mankind’s conscience. Can we say, “child sacrifice”?

Darwinian Theory and “evolutionism” dominate the thinking of an increasingly secular and irreligious society. Some adherents even go so far as to speak of the “power” of evolution while almost taking it on faith that creation created itself. This rejection of the true God—along with His moral laws—while praising and ascribing near-miraculous “power” and ability to amoral and impartial natural forces was one of the foundational elements of Baalism.

Does God take note of this blatant idolatry? Many scriptures emphasize that He does. The prophet Isaiah wrote, “Are you not children of transgression, the offspring of deceit—you that burn with lust among the oaks, under every green tree; you that slaughter your children in the valleys, under the clefts of the rocks?” (Isaiah 57:4–5, New Revised Standard Version). Leviticus 18–19 gives detailed instructions on the proper use of sex while prohibiting practices widespread among pagan societies.

While you cannot change the world, you can personally make meaningful changes in your life. John recorded these instructions from God: “Come out of her, my people, lest you share in her sins, and lest you receive of her plagues” (Revelation 18:4). The Tomorrow’s World telecasts, magazine, booklets, and Bible Study Course, produced by the Living Church of God, are specifically written to provide thought-provoking instruction on how to live a godly life. All of it is free of any charge or obligation.