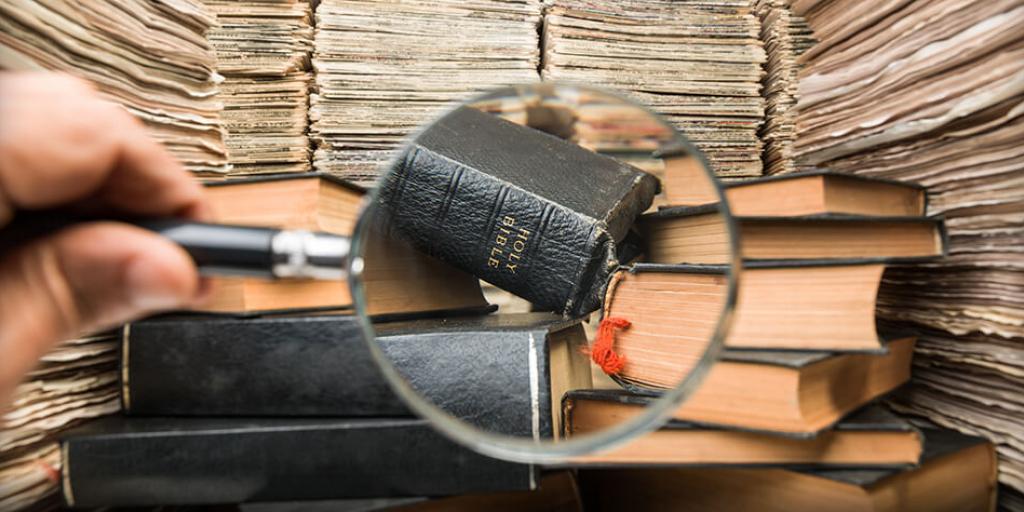 St. Nicholas, St. Valentine, and St. Patrick are, for many, familiar figures throughout the well known "holidays" occurring from December to mid Spring. Who are these “saints,” anyway? We usually think of saints as being religious, and as such related somehow to the God of the Bible. But is that true? Do we really know where saints come from, or how they are made?

The Roman Catholic Church, around the 10th Century after Christ, established a process of “canonization” through which it gave recognition to those it calls “saints.” At first, only the church’s martyrs were chosen and publicly acclaimed. The process expanded over time, and in 1983 Pope John Paul II made major changes to the process, which now formally includes an investigation of the person’s “life and writings for heroic virtue (or martyrdom) and orthodoxy of doctrine.” Additionally, there must be evidence of a miracle.

“Saint Nick,” so the story goes, was a generous minister, who helped to restore hope to many families. After his death, the world learned of numerous stories of his generosity. Many of today’s “Santa Claus” legends are said to have originated with tales about this minister, now conflated with non-Christian and even pre-Christian stories.

“Saint Valentine,” depending upon the source you read, could have been one, two or even three different men. The official Roman account points to a man who died ca. 270 AD, a temple priest beheaded by the Roman emperor Claudius II for helping Christian couples marry. February 14—today’s “Valentine’s Day”—is said to be the day on which he was killed.

What about the “Saint Patrick” of Saint Patrick’s Day? Said to have been born of wealthy parents in Britain at the close of the 4th Century, he became a prisoner of Irish raiders who attacked the family’s estate. After more than 15 years of theological study in Gaul, Patrick was ordained by the Roman church and sent to Ireland.

Seeking a foothold in Ireland for his church, Patrick tried to imbue Irish traditions with his idea of Christian meaning. He took bonfires—used by the Irish to honor their gods—and began to use them in Easter celebrations. He took the powerful Irish symbol of the sun and superimposed it onto the Roman cross, creating what today is often called the “Celtic cross.” He used the Irish shamrock to explain the Trinity. March 17, believed to be the day of his death, is now celebrated by Rome as his feast day. Interestingly, no Pope has ever formally canonized Patrick, yet the Roman Catholic Church and many others declare him a saint.

Patrick and many other “saints” have colorful, interesting and often-embellished life stories, which are presented as history that marched them into sainthood. But what about you and me? Is there any chance for the “normal Joe” to reach such saintly status? Should we even try? Does the Bible have anything to say on this topic?

Yes, the Bible is plain in its discussion of saints. Paul, in his letter to the brethren of Ephesus, describes true Christians as “fellow citizens with the saints and members of the household of God” (Ephesians 2:19). Later, in the book of Revelation, the Apostle John describes the saints as those who keep the commandments of God and have the faith of Jesus Christ (Revelation 14:12). Essentially, the saints of the Bible are people called of God, happily submitting to His every word. They are not recognized by review boards verifying miracles. They are recognized by their faithful obedience to the word of God. By this standard, Patrick and many other so-called “saints” would not qualify. But you, if you are a faithful Christian, can be recognized as one of God’s saints!

Indeed, becoming a saint is not as mystical as many may assume. If you would like to know more about this topic and the true Christianity of the New Testament, order our free booklet What Is a True Christian?