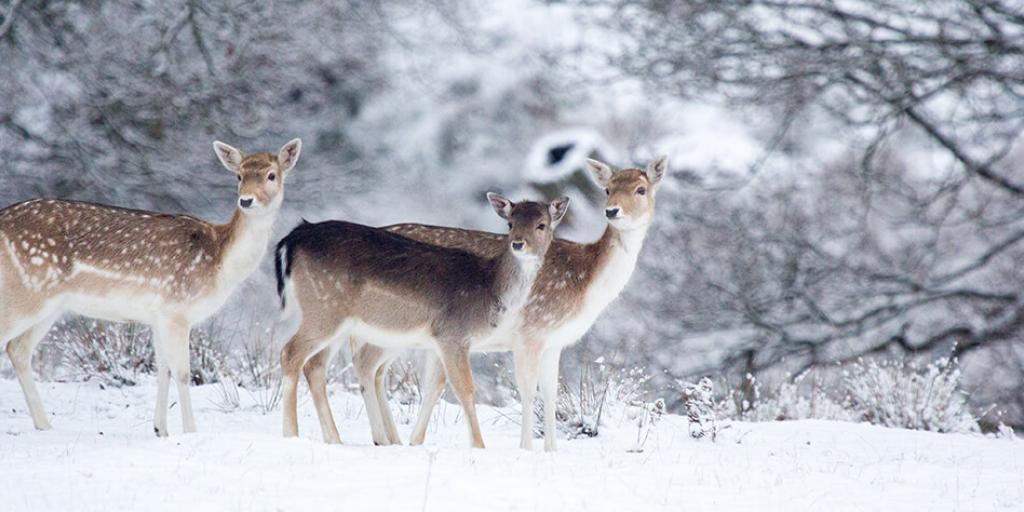 Tend and Keep the Earth

My wife and I once had the opportunity to rescue a baby deer, which had become separated from its mother and was on the verge of dying. While we were driving to and from a deer rehabilitation center in North Carolina, we began discussing our experience, and it became quite apparent that there is a great deal of responsibility and joy associated with taking care of God’s creation. We saw this experience as a God-given opportunity to help us learn some vital lessons in how important it is to tend and keep the earth. I would like to share this experience with you in hopes of motivating each of you to act upon this responsibility.

When I first noticed the little deer, he was running towards the building where I work, intent on hiding behind the hedges there. He appeared to have been separated from his mother after becoming spooked by some lawn maintenance crews in the area. I was able to catch him behind the hedges, where he had laid down to hide. As I picked him up, I noticed he was trembling with absolute fear. I was hit with a wave of compassion, and felt a tremendous responsibility to protect this little creature in need!

I traced some deer tracks I found in the woods, and said a small prayer asking God, if it were His will, to bring the little guy to his mother. The next morning I received a phone call from a co-worker, telling me that the deer had returned and that it looked extremely weak. Realizing that his mother was long gone, I decided to retrieve him and developed a plan for his survival. With some help from my lovely wife, and some of my wonderful co-workers, we were able to bottle-feed him as we located a rehabilitation center for fawns. God seemed to be blessing the situation and opening every door for us to tend and keep His creation. After the fawn was fed, he regained some strength, and then we drove him to the center.

While my wife and I talked on the drive back, we agreed that it seemed as if God was testing our character in the situation, and I pray we passed that test. Do we take lightly our God-given responsibility as stewards of His creation? When God created mankind, He intended for man to feel accomplished through taking care of His creation. “Then the Lord God took the man and put him in the garden of Eden to tend and keep it” (Genesis 2:15). Adam was given the opportunity to study, identify and name each creature on the earth (vv. 19–20). Think about the feeling of excitement Adam had in naming each creature! Maybe like the joy of a young child whose parents bring home their first pet, and tell their child, “you get to name it whatever you wish.”

This is the joy God intends for us to have when we tend and keep the earth. God created man and said, “let them have dominion over the fish of the sea, over the birds of the air, over the cattle, over all the earth and over every creeping thing that creeps on the earth” (Genesis 1:26). Unlike Satan, who rebelled leading to destruction and chaos, mankind was to be responsible and protect the earth. When Adam and Eve also followed Satan’s way of “get” instead of God’s way of “give,” it sent a shockwave of agony throughout the creation, which continues to suffer the consequences. Our hope is in Christ’s return when, “the creation itself will be delivered from the bondage of corruption into the glorious liberty of the children of God” (Romans 8:21). My wife and I learned vital lessons from our “deer experience,” and we hope our story can illustrate more of the importance in following God’s will to tend and keep the earth!

For more information on the future of the earth when Christ returns and the prosperity He will bring to creation, order our exciting booklet The World Ahead: What Will It Be Like?  and watch our telecast “Beyond World War III.”