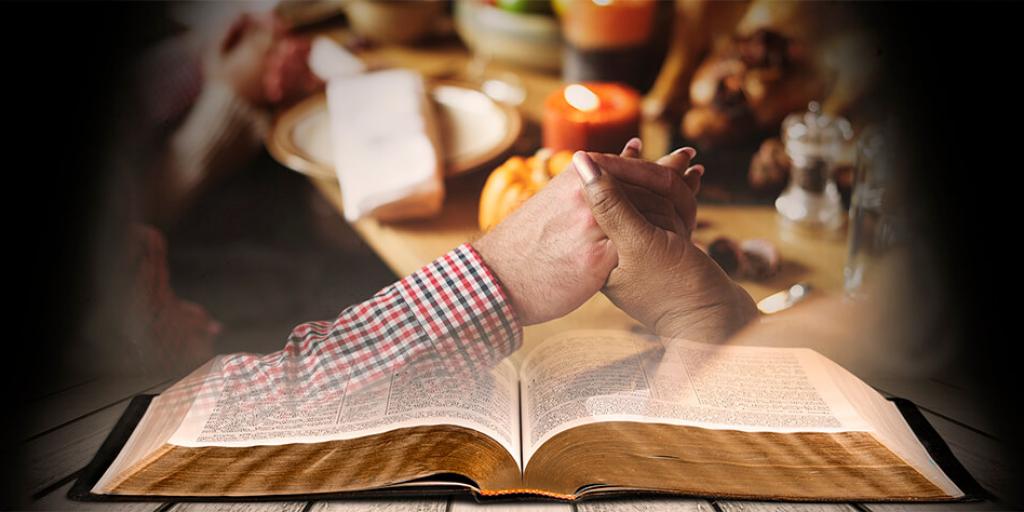 We who live in developed nations have so much for which to be thankful. We have food, clothing and shelter at a standard far above that of the majority of the earth’s population. But, to whom do we owe thanks?

We are blessed if we enjoy comfortable homes with electricity, clean water, central air for heating and cooling, more than adequate food to eat and peace and safety. Much of the world’s population lives far below those standards. If we are so blessed (and, indeed, we are!), who gave us those blessings? If we are thankful for the standard of living we enjoy, to whom do we owe our thanks?

Throughout history, people worshipped numerous gods who were thought to either bless or curse crops. They practiced superstitious beliefs and rituals lest they offend the god or gods of the land who they hoped would bring a good harvest the following year.

Many nations have a fall festival or holiday of thanksgiving originally celebrated after the crops had been harvested at the end of the growing season. Those who worked the land from early in the spring of the year until late in the fall could enjoy a respite from their labors. Food had been stored to carry them through the winter. Now they could spend time with friends and neighbors, and enjoy music, dancing, games, food and drink.

It was also a time to stop and think about life passing in repeating cycles of spring, summer, fall and winter. Is there anything beyond the life cycle of birth, growing up, growing old and eventually dying? What is life all about? What is important? Who and what am I? Is there anything else?

In modern times, there is a concerted effort to take God out of government and education. Children are taught evolution and that belief in God was an invention of simple, feeble-minded, unenlightened, primitive man. The message is that man has grown beyond a need for God. Now we have science to solve all of our problems.

When one does not believe in a Creator God, the only thing left is to believe “it somehow all just happened.” Suddenly, the universe existed! Then, “evolution” took over. This evolution “guy” must be incredibly smart, having mastered ALL of the sciences from A to Z, from aeronautics (birds and insects can fly!) to zoology, with many other fields of science in between. This “evolution” had to master them all in order to make even a simple, single-celled organism! Evolution is, supposedly, the causal agent of all life, and a “god,” IF he existed. Sorry, but evolution is, after decades, still an UNPROVEN and flawed theory! So, no thanks are owed to evolution.

But there really is a Creator God! Scientists can mix together all of the physical ingredients, the minerals, enzymes and chemicals, and send charges of electricity through them all day long, and they will NEVER create life. Life is not physical in origin. The Creator God alone has the power to give life. And it is to Him that we owe thanks for our very own lives.

The Creator God gave us His “instruction manual,” which tells us to be thankful. God knows that our being thankful will add to our happiness and well-being. “It is good to give thanks to the LORD, and to sing praises to Your name, O Most High” (Psalm 92:1).

Scientific research has concluded that those who are grateful are happier, have more friends, better health, earn more money and have less anxiety and depression. Yeah—God told us so, long ago.

“Oh, that men would give thanks to the LORD for His goodness, and for His wonderful works to the children of men!” (Psalm 107:8).

For more on this subject, read “Really, I Am Thankful” and “Thanksgiving and Our National Purpose,” or watch the telecast with the same title.