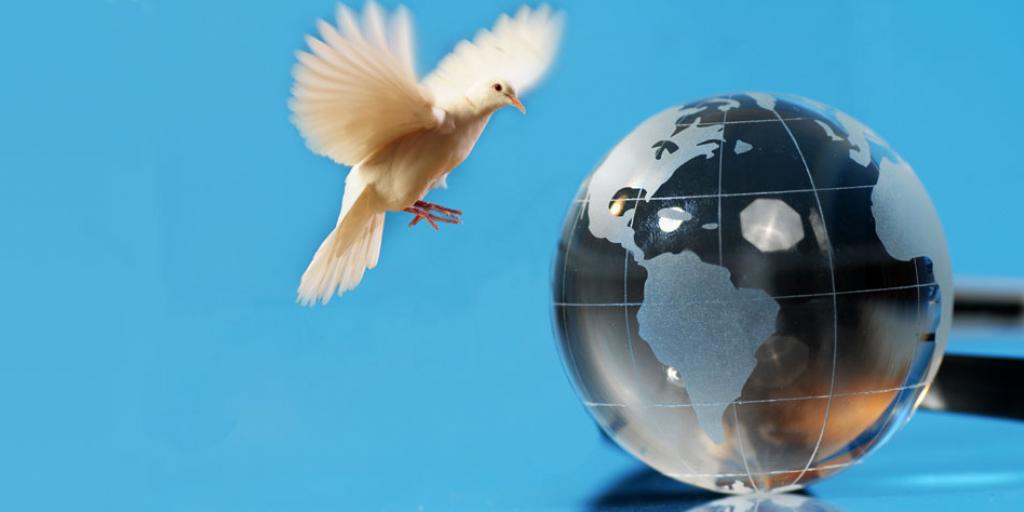 Years ago, the "Beatles' guru"—Maharishi Mahesh Yogi—declared that he had a plan to destroy world terrorism. Maharishi was known to have made the appeal that "with $1 billion he could train 40,000 expert meditators"—who would generate enough "good vibes" to save the world.

The apparently well-meaning religious leader certainly recognized that over a century's worth of attempts to reach world peace failed. Terrorism threatens America and much of the Western world, and there have been wars continuously in every part of our planet. The irony is that virtually every nation and religion wants peace, but it is always peace on their terms. Their terms tend to be the dominance of one religion, one nation, or one ideology above all others. There is such a wide range of beliefs on this planet that the deck seems to be stacked against peace. This has been the case throughout the entirety of the last 6,000 years of mankind's history.

Is world peace, then, an impossible dream? Yes, it is—if left in mankind's hands. The supreme God of the universe has allowed mankind 6,000 years to prove that we human beings do not have it in ourselves to live in peace and goodwill. Can any rational person think otherwise when the overwhelming example of history is warfare and bloodshed?

Some talk of peace and goodwill and brotherhood. But if we are realistic, we know it is all just an impossible dream! The One who created the human mind inspired the prophet Jeremiah to state in Jeremiah 10:23: "It is not in man that walks to direct his own steps." The Apostle Paul later echoed this truth in Romans 3:15–17: "Their feet are swift to shed blood; destruction and misery are in their ways; and the way of peace they have not known."

Simply put, human beings do not have the capacity or the ability to live together in peace apart from the True God. In fact, Jesus Christ indicated that there would be such worldwide conflict at the end of this age that, unless He intervened, there would be no beings left alive on this planet (Matthew 24:21, 22).

It will take overwhelming force and power from the Great God to put an end to the warfare and military might of the nations. The Creator of the universe is the only One who has such power and has the capacity to bring and enforce world peace.

Humankind has fought countless wars to have peace on its own terms. God will bring peace on His terms. God will institute one law for all peoples: His spiritual laws that are the blueprint of human happiness. These laws will be enforced by one perfect world government under the leadership of Jesus Christ Himself. Gone will be the multitude of governments, languages, and ideologies. No longer will there be hundreds of different religions. In fact, there will no longer be "religion" as the world has known it. There will simply be Jesus Christ at the head of the government, enforcing the way of life that brings peace, justice, and happiness.

So what does it matter if you don't believe this Good News? In reality, it does not matter what you currently believe. It does not even matter if you believe in God or not. The universe (the creation) still exists, whether or not you believe in the Creator. What does matter is that the One who was powerful enough to create mankind, and this planet, is also powerful enough to intervene and establish His government on the earth.

The Supreme God will bring world peace—and enforce world peace—whether you believe it or not. The beautiful news is that you can prove this message, you can believe this message and you can begin to live by His laws even now. In fact, you can have peace in your life right now that the rest of the world will eventually enjoy. So why wait?

This peace is simply a byproduct of living that way of life. We read in Psalm 119:165: "Great peace have they which love your law." On a national level, God promises (in Leviticus 26:6) to those nations that truly follow His way of life: "I will give peace in the land, and you shall lie down and none will make you afraid." If you want to have "great peace" in your life, why not begin to study God's instruction book for humanity, the literal word of God? You might find the "impossible" to be more obtainable than you ever dreamed.