The Rainbow: More Than Meets the Eye | Tomorrow's World 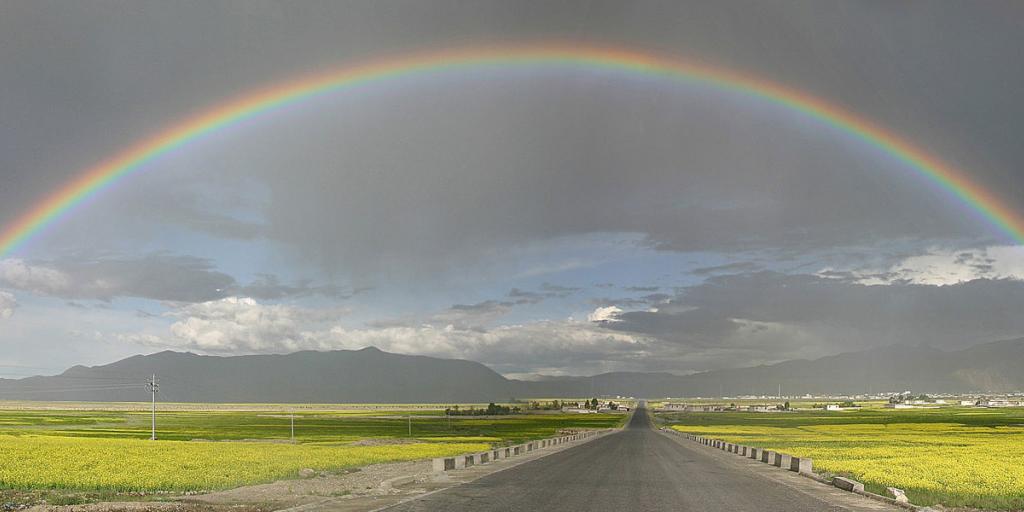 The Rainbow: More Than Meets the Eye

Nearly everyone has seen a rainbow. The beautiful, majestic, multicolored arc in the sky inspires awe and is a wonder to behold. But there is more to the rainbow than meets the eye. Beyond the elusive and transient image of this miracle of nature is a divinely inspired miracle that represents one of the first promises of God recorded in the Bible.

We see the rainbow in a rainy sky or the mist in a waterfall, or sometimes even in the water sprayed from a garden hose in the sunlight. Most people can distinguish a rainbow’s seven colors: red, orange, yellow, green, blue, indigo and violet. The rainbow is a marvel of nature. There is no pot of gold at the end, but there is value in learning about the rainbow.

You may think that something as simple as a rainbow has long been completely understood by science. Many of us have seen a simple prism separate light into the spectrum of colors we see in the rainbow. But only very recently have scientists learned some of the secrets of the rare “twinned  rainbow.” Unlike the double rainbow, the twinned rainbow has a second arc branching from the same rainbow base.

An article in Science Daily described the scientific discovery about how the twinned rainbow is formed. The secret to its formation is found in the combination of different sizes and shapes of raindrops falling from the sky. Raindrops are more flat than spherical. When there are different shapes and sizes of raindrops present, the twinned rainbow forms the two arcs joined at the base.

As one researcher opined, “There is a lot more to rainbows than meets the eye.” Indeed. While man is continuing to unlock scientific secrets, it is worth noting a lesson man needs to learn from the rainbow. In the Bible, in the ninth chapter of the Book of Genesis, God says that His rainbow is the sign of a covenant between Himself and mankind. God had caused the flood to destroy life on the earth, except for Noah, his three sons, and their wives, whom God had saved on the ark along with all types of animals.

But that sure covenant does not mean there will not be other deadly threats to life. Jesus Himself warned of a coming time of terrible devastation. He gave prophecies to reveal the events leading up to the battle of Armageddon and His return. Can you and your family avoid these prophesied events? Can you, like Noah and his family, escape the wrath of God as it is poured out on a disobedient world? Christ said, “Be always on the watch, and pray that you may be able to escape all that is about to happen, and that you may be able to stand before the Son of Man” (Luke 21:36).

The fierce storms come before the rainbows are displayed. Jesus Christ shows His servants the “things that must shortly come to pass” (Revelation 1:1). If you heed, you can escape. To help you understand these prophecies, read our booklets Armageddon and Beyond and Revelation: The Mystery Unveiled! You can read them online, download PDF, ePub or MOBI formats, or order your own printed copy absolutely free of charge!