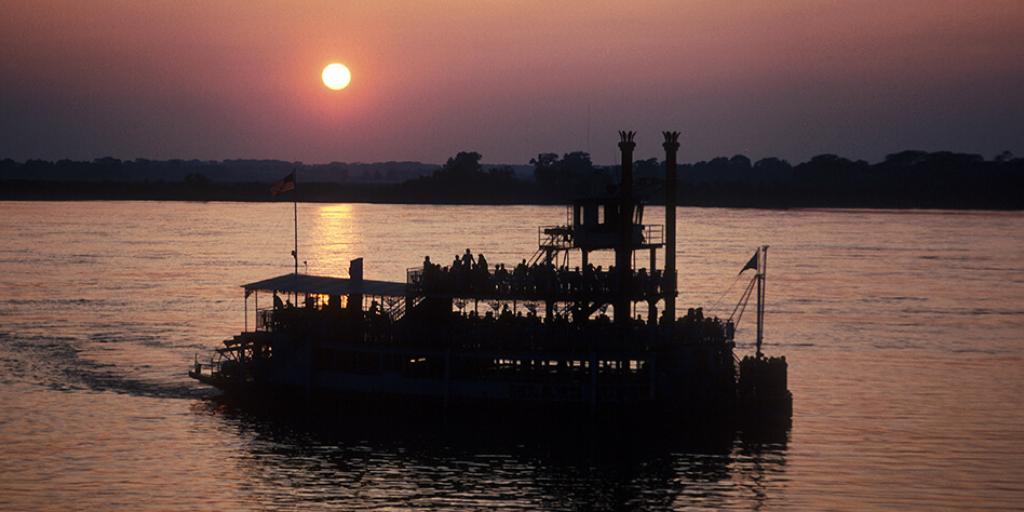 Before he secured his fame as “Mark Twain,” the iconic American writer Samuel Langhorne Clemens started out seeking the wild and adventurous life of a Mississippi riverboat pilot. However, when Clemens discovered that piloting a riverboat was as much a demanding science as an adventure, he almost became too discouraged to continue, fearing that the demands of the job might steal the glory of the life he envisioned.

Life on the Mississippi was hard, and Clemens discovered that a successful riverboat pilot must absorb a lifetime’s worth of precise knowledge regarding the body, banks and bed of the river in order to succeed—not to mention survive! Many wrecked husks littering the waterscape attested to the dangers involved.

Looking back, Clemens wrote in Life on the Mississippi that, as he mastered the intricacies of the Mississippi River—every nook and cranny, every swirl of current and underwater hazard—he lost the romantic vision that had once captivated his imagination. His dream was precious, but the reality of life as a riverboat pilot involved hardship that changed him forever. Though he finally mastered the craft, his younger brother Henry lost his life in a riverboat accident, and the entire trade was swept from under him soon afterward as the Civil War broke out.

Have you ever had a goal that at first seemed wonderful in your mind’s eye, but later became threatened, tarnished, or even stolen by stress or tragedy? Have you ever felt like giving up because the road was too hard—strewn and littered with the wreckage of many failures?

Have you ever felt that your struggles are too hard because even your best-intended desires and ambitions seemed fleeting and impermanent?

If so, you would not be alone! People in every age have abandoned plans, taken the easy road, harbored regrets and even contemplated the futility of mortal achievements. Even the mightiest and wealthiest, after accomplishing many rich goals, have sometimes come to feel that life is not worth living.

Anciently, King Solomon wrote: “I set my heart to seek and search out by wisdom concerning all that is done under heaven; this burdensome task God has given to the sons of man, by which they may be exercised. I have seen all the works that are done under the sun; and indeed, all is vanity and grasping for the wind” (Ecclesiastes 1:13-14).

Solomon, however, went on to conclude with one of the most encouraging and informative statements in the Bible: “Let us hear the whole conclusion of the matter: fear God and keep His commandments. For this is man's all” (Ecclesiastes 12:13). This mighty king struggled with feelings of futility, but found hope in understanding that the Work of God was the ultimate goal—and that life itself was the “burdensome task” by which the Creator tested him!

Jesus Christ came to the earth bringing the good news of a real and ultimate goal, and He taught that message to His disciples. He admonished them to “seek first the kingdom of God and His righteousness” (Matthew 6:33), in echo of Solomon’s ancient words. He gave them the true knowledge of eternal life—a goal that outweighed all others (John 6:68).

Jesus Christ encouraged His disciples not to be weighed down by the cares of the world (Luke 21:34), saying that He had come so that human beings may “have life, and that they may have it more abundantly” (John 10:10). Trials and struggles are ultimately the tests by which a greater reward can be earned, and the Bible contains the awesome truth that prevails against all discouragement.

There are ways to achieve real success in life, and to set goals that are both good for us and pleasing to God. To learn more about how to set the right goals, be sure to read our informative Tomorrow’s World magazine article, “True Success: What Is It?” and tune in to our telecast, “Keys for Christian Success.”