Australia Is On Fire! | Tomorrow's World 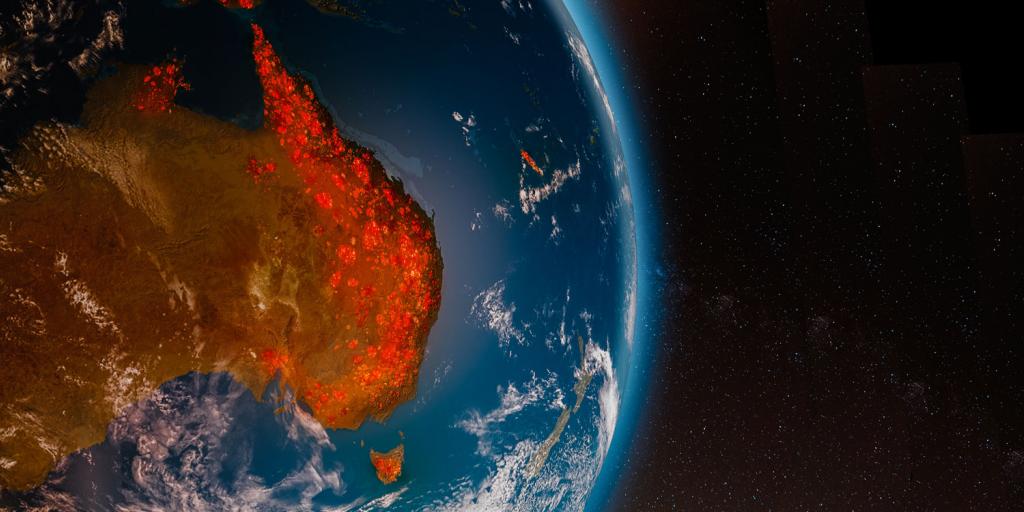 Australia Is On Fire!

Evacuations continue across large swaths of Australia as raging fires continue to scorch the nation. On Monday, over 100,000 people were evacuated from the suburbs of Melbourne (Deutsche Welle, December 31, 2019). In another area of the country, four thousand people were trapped on a beach between the burning fires and the sea, awaiting water and air rescue. Public officials are warning residents of smaller communities to take shelter in larger towns or on beaches if the path to them is clear. The fires are now so large they are creating their own weather, including fire tornados that have tossed vehicles into the air. The Australian fires are so severe that smoke and ash have reached New Zealand, and residents have commented, “These fires are nothing like anything anyone has ever seen,” and “A disaster is unfolding in Australia. Never in my lifetime have I seen such destruction!”

Since the Australian fires began in October, more than 34,000 square kilometers and more than 1,000 homes have burned. Conditions are expected to worsen, as meteorologists predict that this current stretch of hot, dry weather could last for months (Deutsche Welle, December 30, 2019)—which means even more trouble for Australia’s farmers who have been battling serious drought conditions.

From the perspective of Bible prophecy, these fires offer a glimpse into the future. The Bible has long warned nations descended from ancient Israel—which includes Australia—that if they turn away from God, He will curse them with a lack of rain, drought, and associated problems (see Leviticus 26:14–20, 31–32; Hosea 8:14). While God has blessed the Israelite nations abundantly, the continuation of those blessings comes with a responsibility to obey the laws of God. When nations fail in that responsibility, there will be consequences. For greater insight into why we are witnessing powerful natural disasters occurring around the globe today, be sure to read Acts of God: Why Natural Disasters?