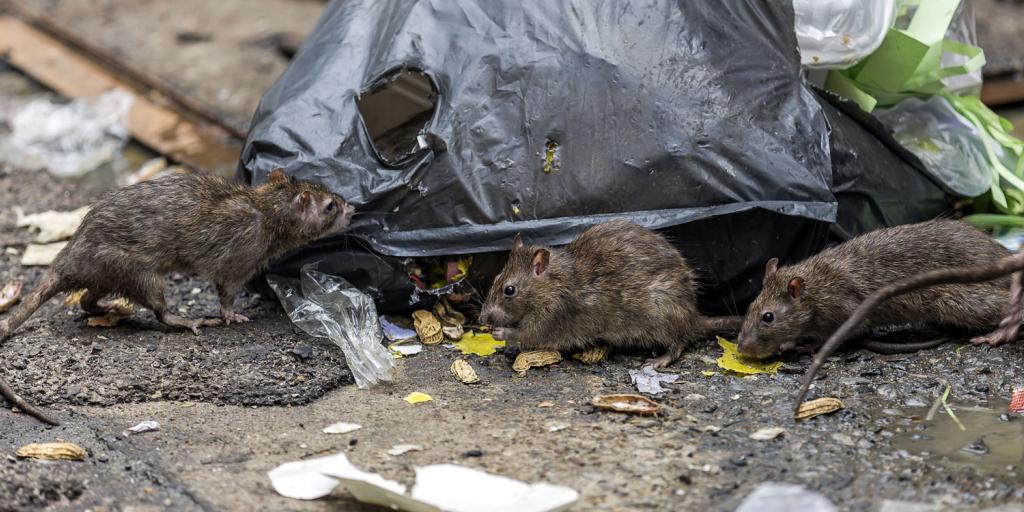 It appears that the COVID-19 pandemic has affected more than just people and the economy. New research by the U.S. Centers for Disease Control and Prevention is warning of “‘unusual or aggressive’ behavior in American rats as a consequence of more than two months of human lockdown” (The Guardian, May 25, 2020). Urban rats that normally feed on food waste from restaurants and trash in the streets no longer have these food sources available to rely on.

Many rats have recently been observed feeding on each other or their own young. The Washington Post reports that unusually aggressive behaviors have been noticed in New York, New Orleans, and Chicago. The hungry rats are beginning to plague cars, as they consume engine components, tires, and wire casings, causing fires and costing car owners large sums of money in repairs or replacement (May 23, 2020). The Post also notes, “Rats can transmit food-borne illnesses such as salmonella, and their urine can also worsen allergies and asthma.” Rats can also directly transmit more deadly diseases like hantavirus, hemorrhagic fever, plague, and tularemia, as well as transmit many other diseases indirectly, through fleas and ticks.

God warned the Israelite-descended nations that, because of their sins and disobedience, He would use not only other nations to punish them, but also disease and beasts of the earth (Leviticus 26:14–16, 21–25; Jeremiah 15:3–4). So far, we are not witnessing a rat infestation of “biblical proportions.” However, we can see from what is happening how such a plague could easily arise in major cities around the globe, as a result of the removal of regular food sources of these rodents. To learn more about this important subject, see “Understanding the Coming Plagues of Prophecy.”