Knowing what is ahead and what it all means goes beyond simply understanding the Book of Revelation. Many parts of Bible prophecy speak of pestilence and tribulation in the end times. Will a deeper knowledge of these future events help lead you to repentance?

Why did God allow the COVID-19 pandemic? Prophecy says plagues are coming—is this one of them? And why does God allow such suffering as war, famine, and disease—even purposefully bringing them about in some instances? Is there any meaning in all of this?

These questions do have answers. But, to understand them, we first must comprehend two vital truths.

The first is that God loves us profoundly. As John 3:16 explains, God the Father loves every human being so much that He gave His Son to die for us, so those who believe in Him may have everlasting life! Yet, we should understand that His gift of everlasting life is conditional. Read our booklet John 3:16—Hidden Truths of the Golden Verse for a thorough explanation of this great promise and the response God seeks from us. As Editor in Chief Gerald Weston writes on page 55, “Perishing is the natural outcome of a sinful life, but this verse gives us hope beyond the grave.” God’s love is so great that we need not perish forever. Though we do not have an inherently immortal soul—as counterfeit Christianity and many pagan religions mistakenly teach—God wants to give us the gift of immortality.

Not only are these characterizations false, they demonstrate ignorance of a very important fact. John 1:1 reveals to us, “In the beginning was the Word, and the Word was with God, and the Word was God.” The One who became Jesus Christ, the Word or Spokesman, coexisted from eternity alongside the One who would become the Father. In fact, the Bible reveals that it was the Word—again, the One who became Jesus—who created the universe (John 1:3; Colossians 1:16). He was the One who interacted with Abraham (John 8:56–58). During all the plagues of Egypt, the exodus through the Red Sea, and the giving of the Ten Commandments, He was the God of the Old Testament who dealt with Israel (1 Corinthians 10:1–4). We are told that, at one point during the exodus, Moses and the elders “saw the God of Israel” (Exodus 24:9–11)—yet it was not God the Father they saw (John 1:18; 1 John 4:12). The “God of Israel” was the One who would become Jesus Christ.

Rather than a vengeful God in the Old Testament and a forgiving God in the New Testament, we see that Jesus has been representing His Father from the beginning. This is why what was said of God earlier is just as true of Christ—He does not change. As Hebrews 13:8 states, “Jesus Christ is the same yesterday, today, and forever.”

With these truths in place, we can put the plagues of prophecy into the right context.

What Does God Want?

Consider: Why did the One who would become Jesus Christ bring Israel out of Egypt? What was He trying to achieve?

He delivered Israel from slavery because of His covenant promises to Abraham, Isaac, Jacob, and Joseph (Genesis 12:2; 48:11–22)—but also so His people might serve and righteously worship Him (Exodus 7:16; 8:1; 34:14). God even promised that if they would obey Him, He would “put none of the diseases” on them that He had brought on the Egyptians: “For I am the Lord who heals you” (Exodus 15:26).

Centuries later, He told King Solomon that if the Israelites would repent and “turn from their wicked ways,” He would “forgive their sin and heal their land” (2 Chronicles 7:13–14). Years later, with Judah facing an overwhelming enemy army and fearing the prospect of war, disease, and famine, King Jehoshaphat called for a fast of repentance and went into the court of the Temple to pray to God for deliverance (2 Chronicles 20:1–12). All the nation stood in obedience to the Lord, and God heard and saved them (vv. 13–15).

So, what does God want from us? He wants repentance from sin and wickedness. He wants us to keep His commandments so we can be healthy and happy and receive His blessings (Psalm 112:1; Revelation 22:14), and so we can learn to think like Jesus Christ does (Philippians 2:5). Then, we will abide in His love (John 15:10). “This is the love of God, that we keep His commandments. And His commandments are not burdensome” (1 John 5:3). We should not make the mistake of thinking that Jesus Christ, who does not change, did away with His own standards of morality or the day of worship He commanded, the seventh-day Sabbath (Exodus 20:8).

True Christians thank God for His grace and mercy, because they understand that “all have sinned and fall short of the glory of God” (Romans 3:23). They pray earnestly that God would spare the world from harm and suffering, and they try to help others in their time of need (Deuteronomy 15:11; Luke 14:12–14; James 1:27). But true Christians also understand why God allows and even sometimes sends war, famine, and disease. God does not change. He loves us profoundly. And because He loves us, He wants to see us choose righteousness and obedience and embrace our potential as children in His family.

Protection from the Final Plagues

That theme—the desire of a loving God to see humanity choose righteousness and turn from wickedness—continues even today and into our prophesied future.

The book of Revelation describes Christ, the Lamb, releasing the famous “Four Horsemen” representing false religion, war, famine, and disease at the end of this present age (Revelation 6:1–8). The end-time ride of these horsemen will reach a terrifying climax in the days leading up to the return of Christ.

There have been plagues and other disasters throughout history, but far worse are prophesied to come. The fourth horseman—riding a sickly, pale horse—is called “Death” in Revelation 6:8, and he represents, in sequence, the coming of powerful disease and plague upon the earth (cf. Matthew 24:4–7). The ride of these horsemen will continue into the Great Tribulation and will climax in the deaths of one-fourth of the earth’s population!

Sadly, even after such plagues are released on earth—and other signs, as well, including great disasters in the heavens and on the earth—many survivors will still not repent of their wickedness (e.g., Revelation 9:20–21; 16:9, 11). Faithful and obedient Christians, however, are promised a place of safety (Revelation 12:12–14). Thankfully, before humanity destroys itself, Jesus Christ will return “with healing in His wings” (Malachi 4:2).

Understanding prophecy and the plagues in the Bible that are predicted to come must go hand in hand with a sincere desire to repent from sin and obey God! Therefore, sincere Christians pray fervently for Christ’s return (Matthew 6:10), when He will establish righteousness and peace throughout the world (Isaiah 9:7; Micah 4:2–3). Until then, we should diligently turn to God so we may abide in His love and be counted worthy to escape the coming plagues of prophecy (John 15:10; Luke 21:36)! 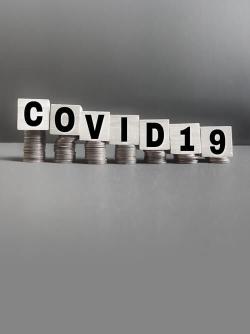 When the World’s Economy Gets the Flu 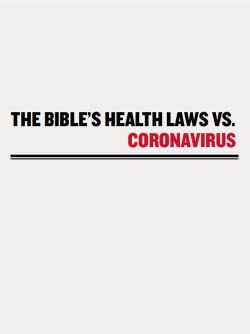 The Bible’s Health Laws vs. Coronavirus

Parenting During a Pandemic