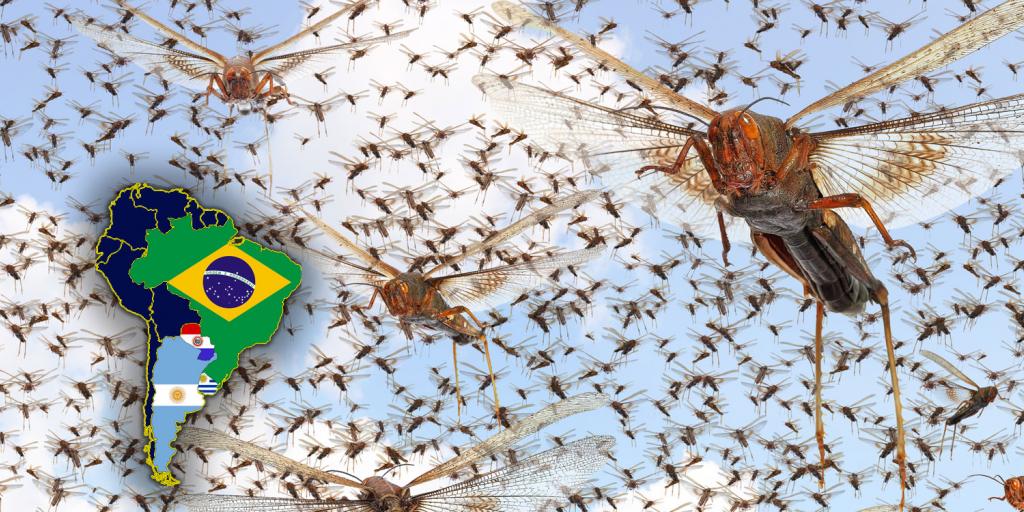 Many are aware of the devastating locust swarms in East Africa, the Middle East, and India. Now, news agencies report that a large locust swarm is taking hold in northern Argentina. The swarm covers an area of 15 square kilometers (almost 6 square miles). Farmers are worried the locusts will destroy their crops. “The insects, which can cover a distance of 150km (93 miles) in a day, have already travelled from Paraguay to Argentina and it is feared Brazil and Uruguay could be next” (BBC, June 29, 2020).

At this point, officials are not overly concerned about the locusts as it is winter in the Southern Hemisphere and the cold weather has kept locust reproduction down. However, when temperatures get warmer, the locusts could become a real problem. Argentina experienced locust swarms in 2017 and again in 2019. Yet, on the back of the almost uncontrolled COVID-19 outbreak in Brazil and the political instability in many nations in the region, a locust plague would add more stress to an already volatile situation.

Locusts are ubiquitous in certain areas of the world. However, end-time Bible prophecies indicate that pestilence and natural disasters will become far more frequent than normal, and far more deadly, as the end of the age approaches. Students of Bible prophecy should watch as the Four Horsemen of Revelation 6 intensify their ride prior to the return of Jesus Christ. To learn more about the future and signs of the end of the age, be sure to read or listen to Revelation: The Mystery Unveiled!