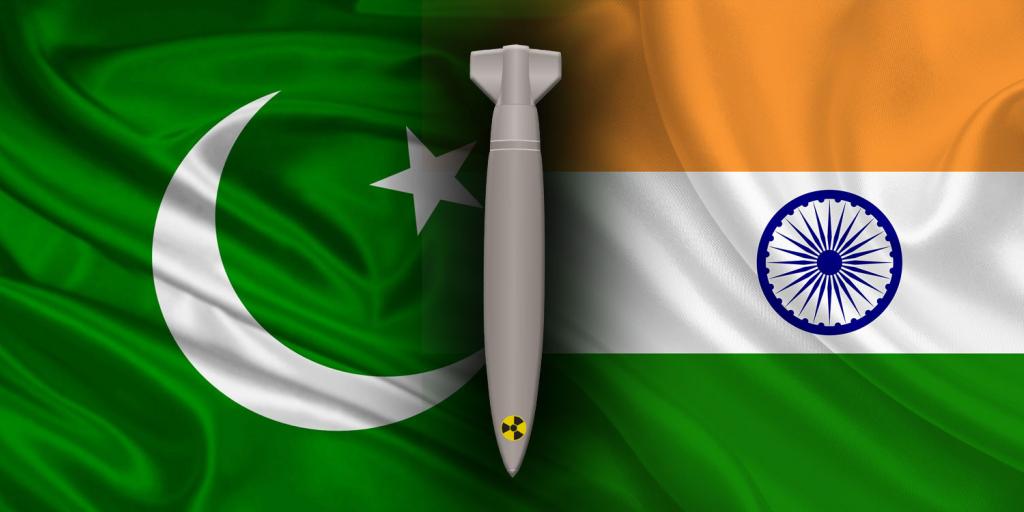 Last week Pakistan claimed to have shot down two of India’s military jets and captured one pilot, increasing the friction between these two nuclear powers. In turn, India demanded the return of its pilot, confirming the loss of its MiG-21 fighter jet. The confrontation is over the disputed territory of Kashmir. Since their independence from Britain in 1947, the two nations have fought three wars, two of which were over this single piece of land. Tensions have risen over the past few years.

As the BBC reported, “The aerial attacks across the Line of Control (LoC) dividing Indian and Pakistani territory are the first since a war in 1971. They follow a militant attack in Kashmir which killed at least 40 Indian troops—the deadliest to take place during a three-decade insurgency against Indian rule in Kashmir” (February 27, 2019). Given that both nations possess nuclear weapons, their leaders are worried and are attempting to prevent the situation from escalating. This feud involves not only disputed land, but also a clash of cultures, with India being mostly Hindu and Pakistan mostly Muslim.

During His earthly ministry, Jesus Christ warned of “wars and rumors of wars” between different nations (ethnic groups) and different kingdoms that would precede the time of the end (Matthew 24:4–7). Such conflicts are not new. But the presence of nuclear factors changes the equation and reminds us that we are entering a time when such conflicts have the potential to cause more destruction than ever before—a time when all flesh is in danger of extinction (v. 22). For insight about what to watch for at the end of the age, be sure to read or listen to Fourteen Signs Announcing Christ’s Return.