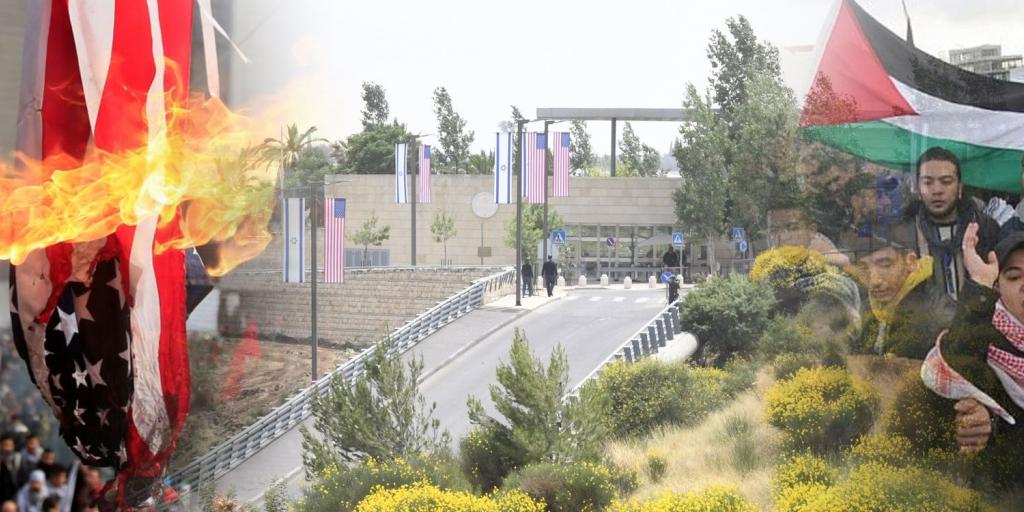 Against a backdrop of protests and attempts by Palestinians to breach a border wall regulating entry into Israel—with a crowd that included a large number of known terrorists—and the subsequent killing of 60 Palestinians (Times of Israel, May 15, 2018), the U.S. government opened with fanfare its long-promised embassy in Jerusalem this week (Reuters, May 14, 2018). In his video address at the opening ceremony, President Trump commented, “Our greatest hope is for peace”—a sad and unintended irony given the circumstances.

On Wednesday of this week, Guatemala also opened the doors of its new embassy in Jerusalem—the first nation to follow the example of the U.S. (AFP, May 16, 2018). “Besides Guatemala, Paraguay says it also will relocate its embassy to Jerusalem. Romania, the Czech Republic and Honduras have said they are considering doing the same” (AP, May 16, 2018).

Jerusalem—the City of Peace—has long been a cauldron of strife, hatred and death. Bible prophecies refer to Jerusalem as “a cup of drunkenness” to the surrounding nations and “a very heavy stone for all peoples” (Zechariah 12:2–3). Jerusalem has been the flashpoint for conflicts between nations, peoples, and religions for millennia. Will moving embassies to Jerusalem bring peace to the City of Peace or trigger bigger conflicts? The Apostle John prophesied that, at the end of the age, Jerusalem will be overrun by Gentile nations—non-Israelite-descended peoples—who “will tread the holy city underfoot for forty-two months” (Revelation 11:2). It will once again be “surrounded by armies” just prior to the end of human rule in the Holy City (Luke 21:20). However, peace will come to the City of Peace when Jesus Christ returns, sets up His Kingdom on Earth and rules from Jerusalem! To learn more about the prophesied future of Jerusalem, read or listen to “The New Jerusalem.”