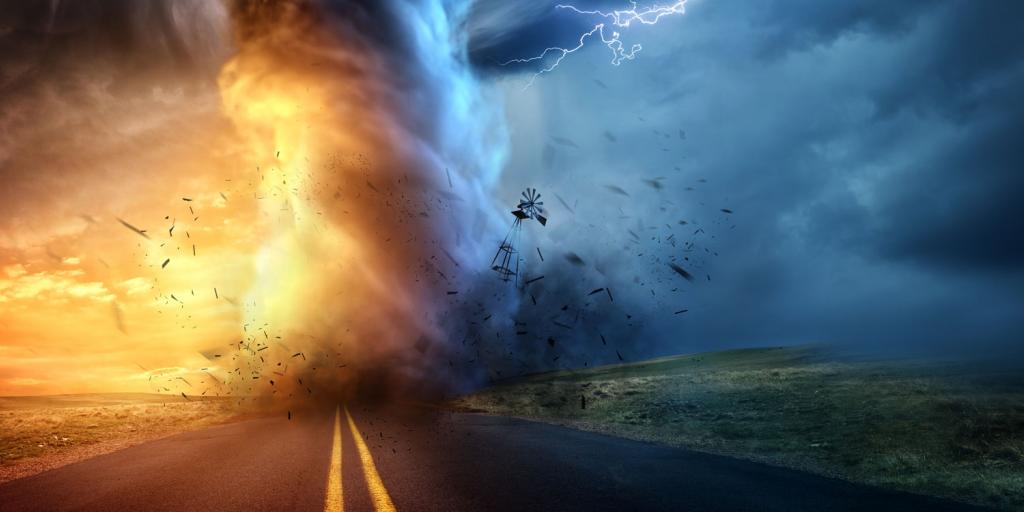 Weather Extremes Should Be Expected

Weather patterns around the globe in 2021 seemed incredibly severe, and at the same time, confusing. In fact, the contrast has even surprised some scientists who have seen severe flooding in places like China, across Asia, and in European mountain villages (The Conversation, December 21, 2021), while at the same time, intensifying droughts plagued Canada, Greece, Australia, and the U.S. Pacific Northwest.

In the United States, “something in particular stood out: a sharp national precipitation divide, with one side of the country too wet, the other too dry.” In the east, storm after storm inundated the region causing destructive flooding. In the western U.S., almost the entire region is in drought and many towns have burned, yet western Canada was hit by catastrophic flooding. And then we saw unprecedented and highly destructive tornados that recently tore through central parts of America.

What is going on with the weather? How can one area of a nation crumble under drought while another area drowns with torrential rain and flooding?

News reports and weather forecasts seldom look to the Bible for reasons behind weather-related events. However, what is happening today is what we would expect to see as we approach the end of the age—especially in Israelite-descended nations.  The prophets warned that when those nations turn from God, “disaster will come upon disaster” (see Ezekiel 7:1–26; Jeremiah 18:7–8). Because of national sins, God said He will bring rain and destructive mildew on one city and drought and famine on another (Amos 4:6–9)—just like we are beginning to see today. God does exist, and He does determine what happens within and among nations (Job 12:23). Many end-time prophesies foretell not only more severe weather ahead, but other serious trials—especially for those nations descended from ancient Israel. To discover insights you will not find on the Weather Channel, read our insightful booklet Acts of God: Why Natural Disasters?