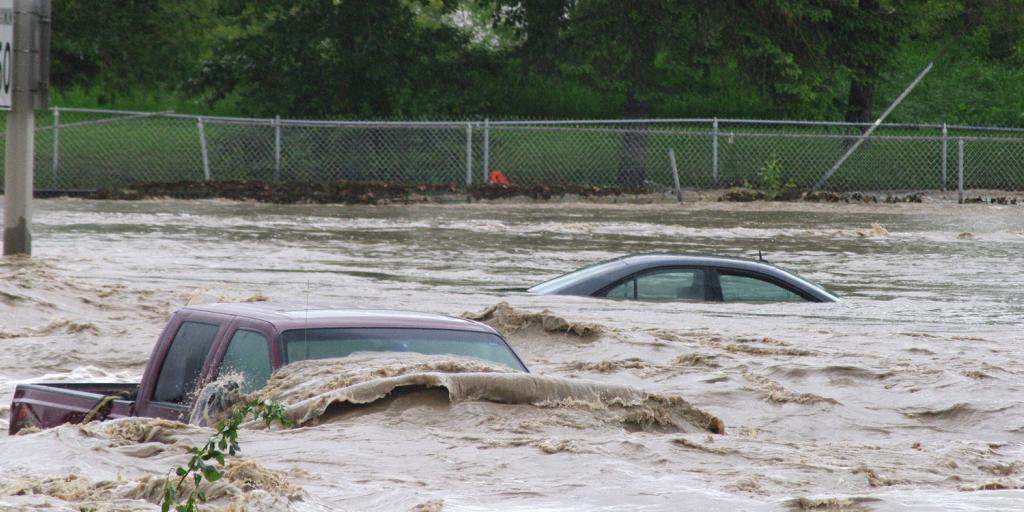 A once-in-a-century weather event has caused tremendous flooding in the Vancouver, British Columbia, area (BBC, November 17, 2021). The storm dropped the monthly average rainfall in just 24 hours. The flooding and landslides have disrupted both the Trans-Canada highway and rail transportation to the port of Vancouver. A state of emergency was declared, and Canadian armed forces are assisting with the disaster. Travel restrictions aim to protect travelers, clear roads for rescue crews, and support the supply chain. The same region “suffered a record high heat wave in the summer that killed more than 500 people as well as [caused] wildfires, including one that destroyed the village of Lytton.”

Shelves are becoming empty in grocery stores as trucks and trains cannot easily resupply the city (The Guardian, November 18, 2021), and more severe weather is forecast for the area. In addition to the port closure in Vancouver, the TransMountain oil pipeline is closed (The Guardian, November 17, 2021). Some road and rail routes could take months to repair. Further south in the U.S. state of Washington, residents are recovering from flooding and landslides as well.

While government officials blame disasters like this on man-made global climate change, the prophet Ezekiel warned ancient Israel and also the modern Israelite-descended nations, “Disaster will come upon disaster, and rumor will be upon rumor. Then they will seek a vision from a prophet; but the law will perish from the priest, and counsel from the elders” (Ezekiel 7:26). Bible prophecy marches on, and we will see even more devastating circumstances as end-time prophecies come to pass. Because the Israelite-descended nations are rejecting God and His righteous laws, they are reaping the prophesied consequences. To learn more about what is ahead for the British-descended, American, and western European nations, be sure to watch “Ezekiel’s Message Unlocked.”