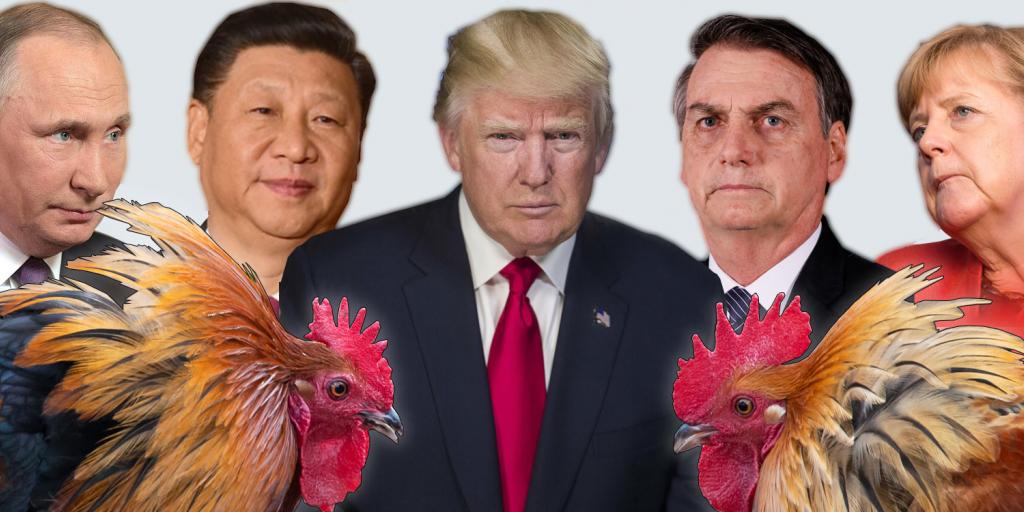 “Chicken” is a game where two people challenge each other to see who will quit or back down first. Historian and writer Niall Ferguson referred to this game to build an insightful analogy in his recent commentary in The Times (August 25, 2019). Professor Ferguson wrote, “Games of chicken are all around these days. Indeed, it starts to feel as if the whole world is playing a massive, multiplayer game of chicken.” He then described world-changing games of chicken with potentially dire consequences, including the Brexit situation between the EU and Britain, the trade war between China and the U.S., the rift between China and Hong Kong, and others.

One particularly sobering “game of chicken” is now being played between Brazil’s president and the international community, with regard to fires in the Amazon rainforest. The situation has drawn international attention. Brazil’s president clearly stated the Brazilian rainforest is fully a domestic matter. However, many international players seem increasingly committed to taking action themselves in the Amazon, seeing the fires as a global concern related to alleged manmade “global climate change.” If other nations choose to take action in Brazil, what results will such actions bring?

Author Bertrand Russell once observed that “when the game [chicken] is played by eminent statesmen, who risk not only their own lives but those of many hundreds of millions of human beings, it is thought on both sides that the statesmen on one side are displaying a high degree of wisdom and courage.” Russell further observed that “when neither side can face the derisive cry of ‘Chicken!’ from the other side… the statesmen of both sides will plunge the world into destruction.”

Bible prophecy warns that, as the end of the age approaches, “wars and rumors of wars” will increase and “nation will rise against nation, and kingdom against kingdom” (Matthew 24:6–7). As nations push each other to the brink, how long will it be until threats become actions and leaders make decisions that cannot be reversed? To learn more about coming end-time events, read or listen to our eye-opening booklet Fourteen Signs Announcing Christ’s Return.