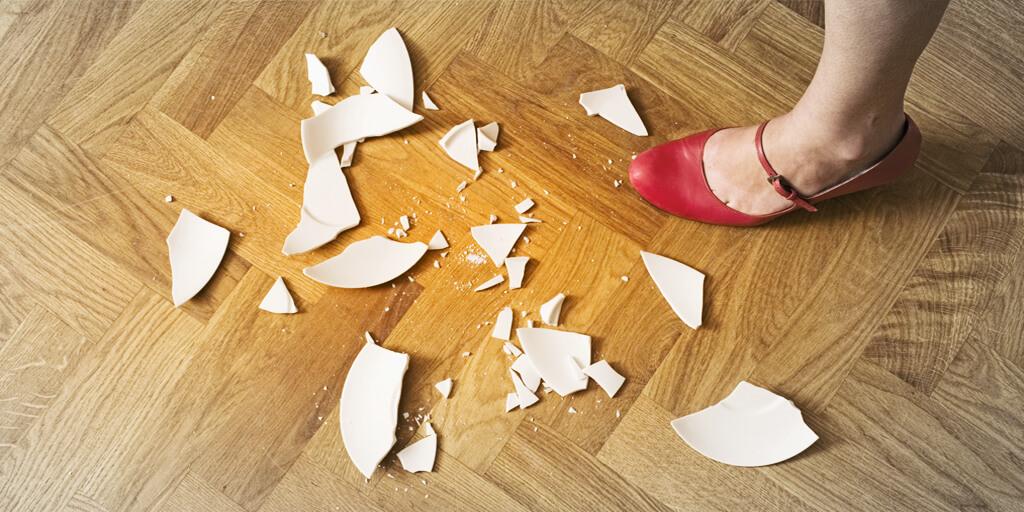 “…With all lowliness and gentleness, with longsuffering, bearing with one another in love...”
—Ephesians 4:2

We’ve all seen it on TV, or maybe even experienced it in real life. For me, it was an episode of a popular TV show when I was a child. It was shocking to my young and easily influenced mind, and looked like a good idea at the time.

In the episode, the middle child of three girls living with their father and two uncles became upset at her father, screamed at him that she hated him, and immediately ran up to her room to slam the door. Later, the father came to make peace with his angry daughter and sat with her to speak calmly and win over her affection. It all ended happily ever after with the girl hugging her dad.

As a small child, I soaked in this example like a thirsty sponge, and wondered if it would work in my own life. It wasn’t long before I became upset over something my mother told me I couldn't do. I stood my ground, scrunched up my face, balled up my fists and shouted “I hate you” at my mother and ran to my room to slam the door.

Immediately after the decision to run to my room, I realized what I had done and slammed the door more out of terror than anger. Soon, I heard my grandfather’s voice through the door asking my mother if she was going to let me get away with that. As I stood there in the deafeningly quiet room, my little heart hammering away in my chest, I knew I was in big trouble. In fact, I knew that by the look on my mother’s face before I had even darted away from her earlier.

Needless to say, it did not end the same way as on the TV show, with mother listening to my feelings and then petting me until I was no longer angry. I was corrected sternly, but my mother never lost her temper with me. She was hurt and disappointed more than angry, which spoke the loudest to me. She taught me the verse in 1 John 3:15: “Whoever hates his brother is a murderer, and you know that no murderer has eternal life abiding in him.”

To say you hate someone also says you have killed them in your heart. I was deeply ashamed of hurting my mother and killing her in my heart. Needless to say, I never said it again.

Recently, I was reminded of that time as a child when I lost my temper. I was standing in my kitchen washing dishes when my phone rang. I answered it happily only to be told very upsetting, horrible news. In a moment of grief and anger, I threw my phone across the kitchen.

My children came into the room immediately, shocked that their mother had thrown something in anger. There, with innocent eyes, my little girls stood taking in my example. My middle child picked up my amazingly unbroken phone, handed it to me and asked me, “What’s wrong, Mommy?”

To calm myself, I went to my bedroom to lie down as I remembered Psalm 4:4: “Be angry, and do not sin. Meditate within your heart on your bed, and be still.”

As I lay there on the bed with my arm across my eyes, my oldest child snuck in with a note she had written for me. On the flap was written “Mommy.” I opened it and read inside, in very large little girl handwriting, “You don’t pitch fits.”

Instantly, I felt ashamed and maybe a little bit amused. I didn’t want to be the bad example to my own children that the girl on TV was for me. I didn’t want them to imitate what I had done when they got upset or angry in the future. I remembered all the times of adamantly teaching my children not to lose their tempers, and to use their words, not their fists.

I apologized to my children and explained why it was wrong for me to show such an outburst and what I should have done instead. I thanked my oldest for reminding me about the rule in our home of controlling our tempers.

Both of those times, I learned a valuable lesson on how to control my emotions. My mother’s example helped me to see that it is important to have self-control and not to harbor hatred in our hearts, and I have tried to teach my children that example as well.

Christian mothers should do well to remember: “But the fruit of the Spirit is love, joy, peace, longsuffering, kindness, goodness, faithfulness, gentleness, self-control. Against such there is no law. And those who are Christ’s have crucified the flesh with its passions and desires” (Galatians 5:22–24).

If I want my children to learn self-control, I need to be a good example of dealing with whatever life brings me with calm strength—not slamming doors or throwing things.