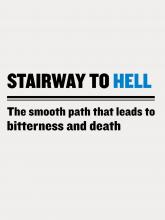 The smooth path that leads to bitterness and death

As I traveled with my family along the highway winding through America’s heartland, we were struck by the natural beauty of the landscape: mile upon mile of fields and forests, spotted with occasional towns. And then we saw it. In this of all settings it looked so out of place. 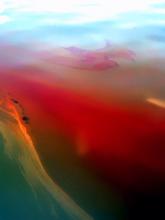 A catastrophic oil spill brings thoughts of the end-times.

And the sea turned to blood…

"Then the second angel poured out his bowl on the sea, and it became blood as of a dead man; and every living creature in the sea died." This is what the Apostle John saw in vision and recorded in Revelation 16:3. Many noted the eerie sight of past oil spills, like those in the Gulf of Mexico and Dailan, China, appearing as blood upon the sea. What will really happen when the second angel "pours out the bowl" of the wrath of God?

The thought flashed through my mind: "It sure is nice to have God's protection." And then it happened! Up until that moment, it was just another long, hot day during my summer break from college, spent toiling in the oil fields near Zwolle, Louisiana. One moment everything seemed normal; the next moment I was struggling to breathe.

Judging by what is shown on prime time television, "happily ever after" is just another myth. From sitcoms that portray the marriage bed like a game of musical chairs, to shows that depict monogamy in loveless marriages – the outlook is gloomy indeed. But is that reality?