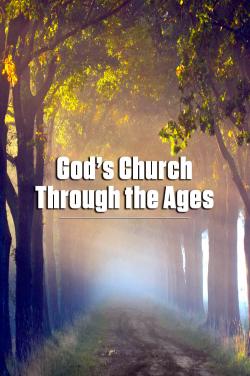 God's Church Through the Ages

Jesus Christ said, “I will build My church, and the gates of Hades [the grave] shall not prevail against it” (Matthew 16:18). Which church did Jesus build, and what happened to it?

When the Bible speaks of the Church, it is never speaking of a building—nor of a human organization incorporated under secular authority. The word in the Greek language that is translated “church” in English is ekklesia. It is derived from two root words in Greek and literally means “called out” or “called from.” In secular usage, it referred to an assembly of citizens who were “called out” from the inhabitants of the city to consider some matter of importance. It was often used in the Greek translation of the Old Testament to refer to the congregation of Israel or to the assembly of God’s people. “Congregation” or “assembly” expresses the meaning in New Testament usage as well.