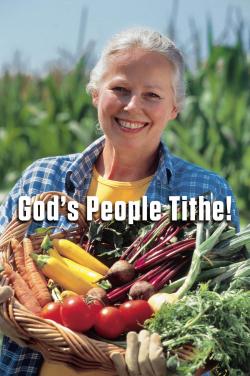 Does God require us to tithe? What does the word "tithe" mean? Is the law of tithing in force today? Did Jesus Christ Himself indicate that we should tithe? Is tithing a blessing that works today? Or is it an outdated artifact from a bygone time?

The answers to these and other related questions are important to understand, especially since the United States, Canada, Britain and Australia will soon be punished for carelessly disobeying the law of tithing—and many other laws of God. We have been physically blessed above all peoples on earth because of a promise God made to Abraham millennia ago. But now the British Empire is no more, and even its prestige in the Commonwealth is fading. Canada's household debt is "second only to Greece" and is becoming "unsustainable" (Huffington Post, February 5, 2015). The United States has suffered "the great recession", and, as you will observe over the next several years, America's national "pride" and prestige will continue to plummet.

Although America is still the world's most powerful nation, it is also the world's greatest debtor. We owe other nations far more than any nation has ever owed in human history.